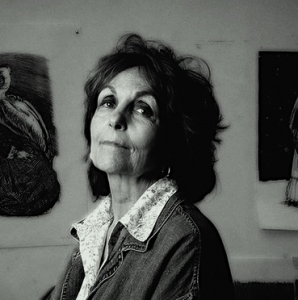 Paula Rego’s psychologically charged and subversively suggestive images draw on her experiences, relationships, fairy tales, literature and current events. Now in her ninth decade, she is regarded as one of the world’s greatest living painters, having captured the public’s imagination with enigmatic figurative paintings imbued with a disquieting tension. Rego’s childhood provides clues to the roots of her art. She has vivid memories of her upbringing in Portugal during António de Oliveira Salazar’s socially oppressive regime, as well as the turbulence of a world at war. Her father, a staunch republican and democrat, opposed the influence of the Catholic church and instilled in his daughter a strong sense of independence and a love of art and literature.

As an only child, she often occupied herself with drawing. Her imagination was shaped by narrative, as family members would vie to recount gruesome folk stories from memory or read illustrated books aloud. Her parents were anglophiles, sending her to an English-language school in Lisbon followed by a finishing school in Kent. Unhappy there, she determined to study art and won a place at The Slade School of Fine Art in 1952. She studied under Lucian Freud, L.S. Lowry and William Coldstream, who all encouraged slow and meticulous observation from life. At the Slade, she also embarked on an affair with married fellow student Victor Willing, with whom she had an adoring yet troubled relationship.

In 1956, Rego moved back to Portugal. She was pregnant with her first child and devastated that Willing had returned to his wife. Willing eventually joined her in Lisbon and the couple went on to have two further children. In this early part of her career, Rego focused on expressive painting and collages that explored politics, power games and hierarchies. She began to live between London and Ericeira, Portugal in 1962 and exhibited her work as part of The London Group alongside David Hockney and Frank Auerbach. She held her first solo exhibition in 1965 at the Sociedade Nacional de Belas Artes in Lisbon, with works that demonstrated the influence of Surrealism in their emphasis on automatism and the exploration of the subconscious mind.

Rego moved permanently to London after Portugal’s Carnation Revolution in 1974. By that time, Willing was suffering from multiple sclerosis and Rego was battling depression with weekly Jungian psychotherapy sessions. She abandoned collage and began to paint phantasmagorical scenes depicting complex personal relationships, often using animals as stand-ins for people. Willing died in 1988, the year of Rego’s major retrospective in London’s Serpentine Gallery. The show cemented her international reputation and featured new, large-scale works such as The Dance, 1988 (Tate, London). Two years later, she became the first artist in residence at London’s National Gallery and began a new series of works based on her longstanding interest in nursery rhymes. She started to draw regularly from life once more, though all her scenes are staged in the studio. Her favourite model is her assistant Lila Nunes, a Portuguese woman who nursed Willing and looks much like the artist herself. Rego’s live sitters are often accompanied by elaborate props, costumes and ‘dollies’ – human and animal characters she has crafted or commissioned from others. Since the 1990s she has preferred the medium of pastel, which she considers to be ‘fiercer, much more aggressive’ than brush and paint. She is also an accomplished printmaker.

Once described by the critic Robert Hughes as ‘the best painter of women’s experiences alive today’, Rego has famously tackled themes of infidelity, subservience, abortion and female circumcision. Her series of monumental paintings about illegal abortion, begun in 1997, is credited with turning the tide of public opinion in Portugal towards legalisation of the procedure. Now regarded as a national treasure in both Portugal and the UK, she has featured in numerous survey exhibitions worldwide, has been awarded six honorary Doctorates of Letters and was created a Dame of the British Empire in 2010. In 2009 she was honoured with the opening of Casa das Histórias Paula Rego in Cascais, Portugal, a museum devoted to her work. Rego continues to live and work in London.

Peter Beard
We use cookies on this site to enhance your experience. By continuing to use the site you are consenting to our use of cookies. OkayPrivacy Policy
Scroll to top