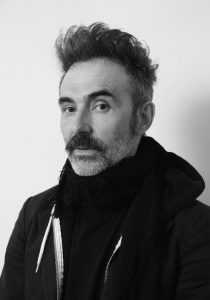 Aleksandar Duravcevic is an artist with a wide-ranging practice that stretches from video to installations and painstakingly-executed drawings. His works probe issues such as mortality, memory and identity. These are subjects that he tackles from a unique perspective, having been brought up in his native Montenegro, before fleeing his homeland on the break-up of Yugoslavia in the early 1990s. In 2015, Duravcevic gained significant acclaim when he was selected as the artist representing Montenegro in its pavilion at the Venice Biennale. Duravcevic’s works feature in a wide range of public collections, including in the Metropolitan Museum of Art, New York, the Brooklyn Museum, New York and Harvard University, Cambridge, MA.

After leaving Montenegro, Duravcevic entered Italy as a refugee, subsequently studying fine art at the Accademia di Belle Arti in Florence and then the celebrated printmaking school, Il Bisonte, in the same city. Duravcevic then joined some of his family who had moved to New York, studying at Pratt Institute. He now teaches at Hunter College, New York and works from his Brooklyn studio. Despite-or more realistically because of-these travels farther and farther from his homeland, Duravcevic’s national identity remains a key to his work. Even in Montenegro, he had been conscious of the complexities of identity, as his mother was Montenegrin Orthodox and his father Albanian Catholic. Travelling through the West, he has become increasingly aware of the precariously tribal natures of nationality and identity, distilled into the mural Identity, 2015, shown with bronze letters at Venice which read:

For many people in the world, questions of identity are little more than that, but in the former Yugoslavia, societies that had been seen as the very image of tolerance were split by politics and then violence, adding a grim subtext to Duravcevic’s work. Here, questions of death involve more than the simple contemplation of mortality-when we read the words, ‘Every day I think of you I tremble’ on his Project for a Funerary Monument, 2007, we are moved. But the sculpture also recalls the often-problematic monuments and statues celebrating leaders and warriors of so many nations and centuries, not least in the Balkans, many of whose legacies are written in blood as well as ink. The whimsical tyranny of borders and nations was likewise probed by Duravcevic in his Spring and Fall of 2005, a pair of photographs showing himself posing as though triumphantly at the same location in different traditional costumes.

The aftershock of violence was all too present in Duravcevic’s installations in Venice, Room No. 1 and Room No. 2, which presented wood-panelled interiors that are charred and blackened. These speak eloquently of past glories, of interiors designed to impress (and oppress); and also of the cruel twists of history, that can see conflicts levelling great edifices. These Rooms also probed the nature of memory-their blackened forms a mere ghost of an implied former appearance. Similarly, Duravcevic uses black backgrounds in his drawings to create ephemeral, finely-crafted negatives showing such things as an ornate chandelier, a pair of bullet holes, a baroque interior, a dead hare or rows of candles. Often created in what appears to be life size, these lyrical, mysterious, spectral after-images hint at the tantalising elusiveness of memory and of the past. 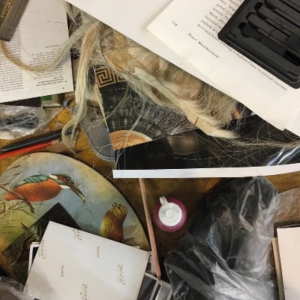 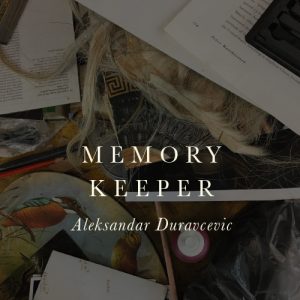