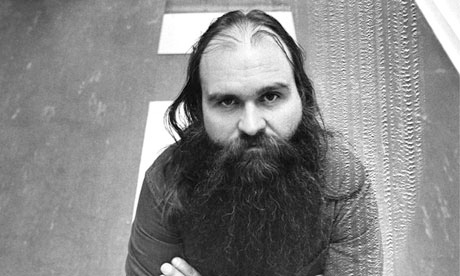 Carl Andre is one of the most important of the artists who worked under the umbrella of Minimalism. He invented a formula, ‘FORM = STRUCTURE = PLACE’, which remains at the heart of many of his greatest works and indeed of the Minimalist art he helped to pioneer. His creations, which often involve little direct intervention other than their arrangements, have become icons of contemporary art, for instance the metal plates or piles of bricks arranged on the floor, works which completely altered the landscape of sculpture. These sculptures, often featuring industrial materials, are extremely literal, even existential; at the same time, there is a remarkably positive aspect to his use of these humble elements within his art. As Andre himself has said, ‘If my work has any subject matter at all, it is the immense potentiality of the things around us’ (Andre, quoted in D. Bourdon, ‘A Redefinition of Sculpture,’ pp. 13-40, Carl Andre: Sculpture 1959-1977, exh. cat., New York, 1978, p. 27).

Andre was born in Quincy, Massachusets in 1935, and grew up with memories of the incredible scale of ship production there during the Second World War, where hunks of metal were in near-constant evidence. He later studied at the Phillips Academy, Andover, an eminent boarding school to which he had been admitted with a scholarship. It was here that he was to receive some of his only experiences of artistic schooling. Crucially, Phillips Academy was also to provide his links to two key figures in his life: Hollis Frampton and Frank Stella. The paintings of the latter would come to have a great liberating influence upon Andre.

After studying at Phillips Academy for a couple of years, Andre travelled widely before entering the US Army and serving as an intelligence analyst. When he left the army, he moved to New York where he wrote poetry, drew and made small sculptures, often showing a debt to Constantin Brancusi, an artist whose rootedness in the earth was vital to his own later works. This connection to Brancusi was especially evident in some of Andre’s more vertical works of the late 1950s, for instance his Pyramid of 1959; however, already his focus was less on carving than on cutting; his emphasis was also on materials that were humble and even industrial in appearance, for instance lumber.

From 1960 to 1964, Andre worked for the Pennsylvania Railroad, and this led to a change in his art, which acquired a rigour and also a modular aspect: increasingly, regular progressions of material and repeated elements came to the fore. It was in the mid-1960s that Andre began to develop the signature style that would prove so influential in the decades to come. The works with which Andre first made his name were shown at the Tibor de Nagy Gallery, first in a group exhibition and then in one dedicated to him alone. These comprised assemblages of blocks of wood, for instance Well and Redan, shown at the beginning of 1965: one comprised a tower of regularly-shaped pieces of timber, the other a zig-zagging wall-like arrangement that traversed the gallery space. Later, other materials and patterns, for instance the grid, would come into play, for instance in his 10 x 10 Altstadt Copper Square, now in the Solomon R. Guggenheim Museum, New York, which comprises metal plates placed directly on the floor. His interest in patterns also conversely led to the deliberate chaos of his ‘Scatter Pieces’ such as Spill, in which hundreds of elements were allowed to stay where they had tumbled after being released by the artist. Since then, Andre has continued to explore the notions of form, structure and place that were introduced in these seminal works of Minimalism. He has also been invited to create installations in a range of museums throughout the world.