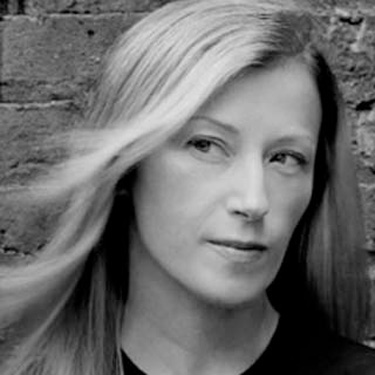 Seldom has an artist appeared so prolific and yet so elusive as Cindy Sherman. The vast majority of Sherman’s works are self-portraits, and yet they show her in a bewildering range of guises, appropriating archetypes and stereotypes and thereby challenging the entire nature of photography, as well as probing the role of gender in the modern era. Sherman has become one of the most iconic of the artists who came to the fore in the 1980s, especially among the so-called ‘Pictures Generation’. Her importance was recognised recently when she was granted a large-scale retrospective by the Museum of Modern Art, New York, in 2012.

Sherman studied art at the State University of New York, Buffalo, where she gradually shifted away from painting and towards photography. Her first series after graduation was what is now called the Untitled Film Stills, in which she photographed herself in a number of poses and guises. These gradually became increasingly elaborate, invoking a number of styles of movie, of director, and crucially of types of female role within cinema and television. Housewives, nurses, stars and victims, all were visited in the various images that Sherman created between 1977 and 1980. These works won her immediate recognition within the art world of New York. The photographs featured a wry yet perfectly-judged feeling of being from some unknown narrative. They had an inherent star quality, the result of Sherman’s judicious sense of execution. At the same time, the strategy of displacement with which she kept herself within sight and yet beyond reach, remaining wholly inscrutable in terms of her own feelings, intentions and so forth, placed her in a position that related to several of her contemporaries, not least Richard Prince, with whom she collaborated on a dual, disguised self-portrait in 1980.

Over the following years, Sherman often remained at the centre of her own work, yet retained the crucial distance that had characterised the Untitled Film Stills. She worked on a group of so-called ‘centrefolds’ in which she subverted the role of the female model in glamour and pornographic publications, showing herself instead in various states of victimhood, adding a new weight to her attack on the power of the male gaze in media and of course in art. In a similar vein, around 1983, she created a sequence of images that subverted the notion of fashion photography.

Later, Sherman removed herself from her artworks and instead created deliberately horrific tableaux that packed a visceral punch, with meat, flesh and parts of dolls shown in a range of contortions that bespoke a heaving and problematic carnality that appeared to push the legacy of Hans Bellmer and the Surrealists to new extremes, undermining the inherently phallocentric nature of that movement. Her use of prosthetics during this period continued in her subsequent reimaginings of works from the Old Master canon: in her depictions of the Madonna, for instance, she wore conspicuously oversized exposed breasts, again confronting age-old concepts of beauty; she also depicted herself in a number of guises as males, as in Untitled #224, her reprisal of Caravaggio’s Sick Bacchus. This allowed a more complex interplay of gender roles and of identity politics. More recently, she turned to the subject of clowns in a number of deliberately luridly coloured works that play with the notion of comedy as a mask for tragedy, each picture featuring distinctly sinister overtones. She has also created series of works in which she has taken modern ‘types’ from suburbia and society.