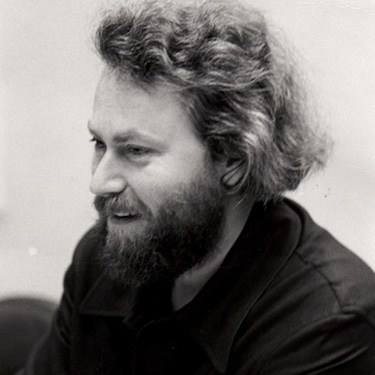 Donald Judd was the foremost figure in the development of Minimalism. His Stacks, however anti-iconic they were in their original intent, have themselves become icons, revealing the influence that Judd has had upon art to this day. His site at Marfa, Texas, where a number of his works are installed, and his townhouse in New York, serve as continuing aspects of his legacy, as does the Chinati Foundation which he established.

Judd essentially entered the art scene as a critic, rather than an artist. During the early 1960s, he wrote for a number of publications including Art International, Arts Magazine and Art News, gaining a significant profile for his reviews and essays. He had come to art criticism from his university background: although he had studied art, his initial degree at Columbia University had been in philosophy, and he had then studied Art History there, studying under Meyer Shapiro among others.

Judd’s works from the early 1960s tended to be abstract paintings in which he often seemed to explore the arbitrary nature of space and the division of the canvas, finding recourse in a rigid, geometric vocabulary that can be seen as the precursor of his later works. Several of these paintings are in museum collections, for instance the Museum of Modern Art, New York. Shortly afterwards, he turned to three dimensions, adopting a number of often industrial materials as his new palette. Within a short time, he was garnering significant critical attention in his own right, especially following an important show at the Green Gallery in 1963. Two years later he published his seminal essay, Specific Objects, in which he laid out ideas that would provide the grounds for much of his work over the following decades, and indeed for Minimalism in general.

Initially, Judd’s works moved into three dimensions from the wall, as he explored the space occupied by pictures in three dimensions. Even his stacks can be seen as a continuation of this investigation into the rectangle occupied by pictures on so many walls. He had questioned the nature of the painting in Specific Objects, explaining: ‘The main thing wrong with painting is that it is a rectangular plane placed flat against the wall. A rectangle is a shape itself; it is obviously the whole shape; it determines and limits the arrangement of whatever is on or inside of it.’ For Judd, Abstract Expressionism had, with its emphasis on the surface and on its shape, pushed the objecthood of this absurd rectangle in a new direction; he pushed it further.

Judd created works that often used mathematics as their inception, taking progressions of distances in order to establish the location of forms or gaps. Sometimes, elements would be repeated, for instance in his vertical Stacks, or in the coloured cubes or rectangles of his later work. He took advantage of industrial processes in order to obtain finishes that might otherwise have eluded him, also guaranteeing the regularity and similarity of each constituent part. These often came to have the glossy sheen of paint on metal or of plexiglass. From the mid-1960s onwards, his sculptures often occupied the floor, rather than the wall: they were placed directly upon the ground, without a pedestal. This was a process that was taken to its extreme in Marfa, where he created a string of monumental installations, often utilising concrete.

Anish Kapoor
We use cookies on this site to enhance your experience. By continuing to use the site you are consenting to our use of cookies. OkayPrivacy Policy
Scroll to top