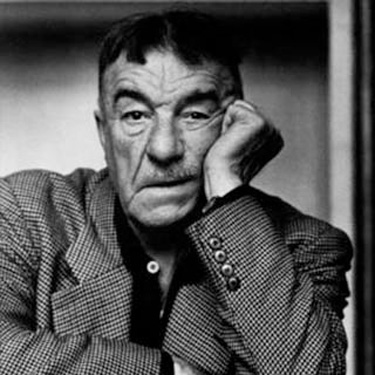 Fernand Léger was one of the great visionaries of modern art. Bringing the aesthetics of the age of technology into his pictures, he created works that cut to the heart of existence in the industrial age. He celebrated inventions, he celebrated the workers, he celebrated colour and form and speed.

Léger was born in Normandy and trained as an architect before turning towards art. Having initially worked in an essentially Impressionistic manner, he came into increasing contact with the Parisian avant garde, eventually moving into the legendary artists’ colony in Montparnasse, La Ruche, where other artists such as Marc Chagall and Amedeo Modigliani would spend time.

Soon he had begun to examine form in the world around him in a manner that prefigured the technological aesthetic of his later works. For instance, La couseuse of 1909-10, now in the Centre Georges Pompidou, Paris, shows a woman whose arms are presented as cylinders, the face an assemblage of geometric forms. Léger’s response to the radical re-organisation of painting presented by Cubism was idiosyncratic, yet also placed him in the ranks of the foremost of its protagonists, Georges Braque and Pablo Picasso. He developed pictures that broke form down into modular elements, often presenting fields of contrasting colour that added to their dynamism.

That dynamism was at the heart of his seminal Contrastes de formes series, which occupied him during part of the early 1910s. These were works in which he further distilled the scenery of everyday life into a succession of geometric forms, often limiting his palette to black and white, sometimes adding red and blue and occasionally green and yellow. This extended beyond the Contrastes de formes: in other works, tubes, cones and triangles now made up the building blocks of images of people on the stairs, of women, of rooftops, of landscapes.

Léger’s works during that time were veering increasingly towards abstraction. However, the outbreak of the First World War put the artist back in contact with a harsher reality. Posted to the sappers, his ‘new comrades were miners, laborers, artisans who worked in wood or metal,’ he explained. In addition, ‘I was suddenly stunned by the sight of the open breech of a .75 cannon in full sunlight, confronted with the play of light on white metal. It needed nothing more than this for me to forget the abstract art of 1912-13’ (Léger, quoted in C. Lanchner, Fernand Léger, exh.cat., New York, 1998, p. 174). His wartime works retain some of the geometric aesthetic of the pre-war years, yet they are emphatically anchored in the experience of everyday life.

At the end of the First World War, Léger created works that presented a landscape of machinery, yet once again found himself re-engaging with the figure, setting a precedent that would recur throughout the rest of his life. During the 1920s, he was also influenced by the Purism embraced by figures such as Amédée Ozenfant and Le Corbusier, while also creating vivid works sometimes peopled by women with undulating, metallic-seeming figures and vinyl-like hair. Léger created an aesthetic that was at once highly modern and also accessible, and even brought this to large-scale projects such as tiled walls and murals, for instance those in the General Assembly of the United Nations in New York.

Léger had also turned to film during this period, creating in particular his Ballet méchanique. In that work, details of vignettes of life, be it dancers or machinery, are shown so as to accentuate their near-abstract beauty. This would also come to the fore in some of his later pictures, in which single objects or groups of objects would be shown in intense focus, for instance glasses or holly leaves. He also explored juxtapositions of objects which showed him working in an intriguing parallel to the Surrealism prevalent in Paris at the time.

Léger spent most of the Second World War in New York, which he had previously visited and where he had worked on a number of projects. He returned after the Occupation and became one of the statesmen of the French cultural scene, a prominent figure, not least because of the influence of the pupils who had studied under him.