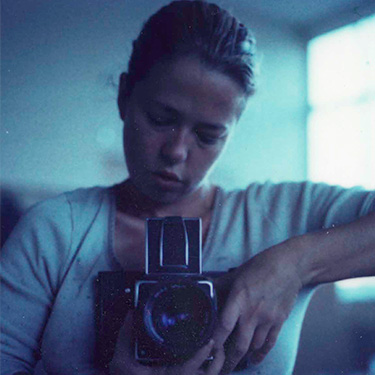 Jenny Saville’s paintings are among the most instantly recognisable works of contemporary art. Her incredible facility with painting over-spilling flesh, often on monumentally scaled canvases, has made her works iconic.

Saville was born in Cambridge and raised in a number of places in Britain before going to the Glasgow School of Art. While there, she participated in several group exhibitions, including Self-Portraits at the Burrell Collection, Glasgow in 1990, and Contemporary 90 at the Royal College of Art in 1990. She was also granted an award to visit the University of Cincinnati, which was to prove a revelation to her, in part because of her exposure to a more coherent understanding of feminist ideas, and in part because of the more common sight of obese people there. This was to inform her depictions of flesh, and in particular of the female form, for instance in her 1992 painting Branded, in which she showed a distorted version of her own body.

On graduating, Saville was featured in an article in the Times Saturday Review which was seen by Charles Saatchi, who was struck by her work and immediately sought to secure some of it. He acquired pictures that had already been bought from Saville by other collectors, as well as offering her a contract by which he gave her a salary in return for all her works over a set period. With Saatchi as her patron and supporter, Saville was propelled into the art world when her works were shown in his gallery as part of the exhibition, Young British Artists III, in 1994. While this show gained a great deal of press attention, it was the famous and controversial 1997 Sensation exhibition of work by Young British Artists in Saatchi’s collection that assured her of her position.

Saville’s works explore, avoid and subvert the entire nature of the male gaze, which she perceives as a driving factor in commonly accepted notions of beauty. In works such as Branded, she was willing to become both the painter and the model, the subject and the object. As she explained, ‘I don’t like to be the one just looking or just looked at. I want both roles’ (Saville, quoted in S. MacKenzie, ‘Under the Skin’, Guardian, 22 Oct 2005, reproduced at www.guardian.co.uk). Her works are filled with flesh, sometimes that of female subjects, sometimes that of trans-gender figures, and sometimes that of carcasses of meat. There is a vital equivalency in these that is both painterly and intellectual.

While Saville’s works have been compared to those of Peter Paul Rubens and Lucian Freud, she herself has explained that, ‘I’ve been influenced by tabloid newspapers and the diet industry’ (Saville, quoted in H. Davies, ‘This is Jenny, and this is her Plan: Men paint female beauty in stereotypes; Jenny Saville paints it the way it is. And Charles Saatchi is paying her to keep doing it’, The Independent, 1 March 1994, reproduced online). Her works celebrate the opulent flesh that they record, serving as a rebuttal to the waif-like images of beauty propounded by the media. Through their scale, they gain an immersive intimacy that Saville herself has compared to that of Rothko’s works. In more recent years, her interest in depictions of the female form has also led her to create a series of variations in charcoal on the theme of Leonardo da Vinci’s Virgin and Child with Saint Anne and St. John the Baptist.

Recently, Saville was recognised with a 2012 retrospective held at the Norton Simon Museum, Pasadena, which then travelled to Modern Art, Oxford. She has worked in Oxford, where she lives, as well as Palermo, where she acquired a home a decade ago.

Richard Serra
We use cookies on this site to enhance your experience. By continuing to use the site you are consenting to our use of cookies. OkayPrivacy Policy
Scroll to top