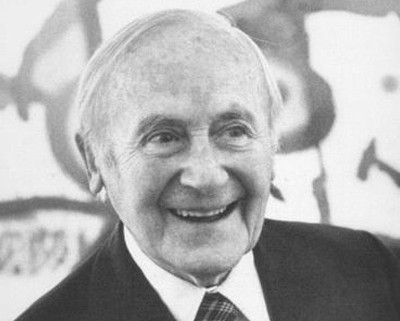 Joan Miró was a ceaseless inventor, an artist whose unique and often charming vision plunged his viewers into a surreal universe of memory and imagination. Miró remained a key influence on a range of artists throughout his life, from younger artists such as Eduardo Chillida and Miquel Barceló, to no less a figure than Pablo Picasso, who told him: ‘You are the one who is opening a new door’ (Picasso, quoted in J. Richardson, A Life of Picasso: The Triumphant Years 1917-1932, London, 2007, p. 330). It was a reflection of this respect that Picasso owned and treasured several works by Miró.

Miró was born in Barcelona and grew up, half a generation behind Picasso, in the midst of its artistic avant garde. He would also spend large amounts of time at a farm owned by his family in Montroig, a location that was to remain a key character in his life in its own right.

Miró gradually developed a style of his own that began to take shape not least in his early portraits. He created increasingly whimsical mindscapes in his pictures, tapping into his own memories to create lyrical visions such as his early masterpiece, La ferme, painted in Paris and purchased by Ernest Hemingway; it is now in the collection of the National Gallery of Art, Washington, DC. This work, whose recorded forms have a glyph-like quality, heralded a new departure, as Miró’s universe became increasingly dream-like. Spontaneous-looking forms appeared and cavorted upon his canvases, often captured through a deft and suggestive sense of line. Birds, women, dancers all populate his work, brought to life with a remarkable economy of means yet a surrealistic playfulness.

Miró was friends with, and associated with, many of the Surrealists, but remained at a distance from the politics and intrigues of the movement. His art was revered by a number of his contemporaries. Gradually, he tapped more and more into his own surreal visual language, often pushing the materials with which he was working to new extremes. In some works, he would take meticulous care preparing what would seem spontaneous; other series were very much the product of a frenzy of creation in their own right. This meant that his works can span a spectrum, from the painstaking precision of some of his densely-worked Constellations to the rougher paintings filled with thick coagulations of white or black paint, from elegant works of a minimalist simplicity to textured cornucopias, from the sheen of crisp draughtsmanship to gestural scrawls upon sandpaper. Miró was seen as a key exemplar by a number of artists working in America in the 1940s. His bold innovations continued throughout the decades, be it in the burnt canvases, the collaborations with ceramicists and tapestry-makers, the influence of Japanese calligraphy or his lively sculptures. 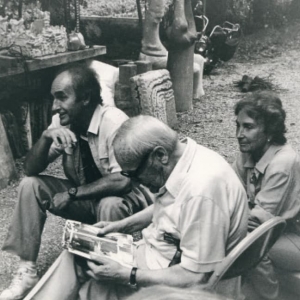 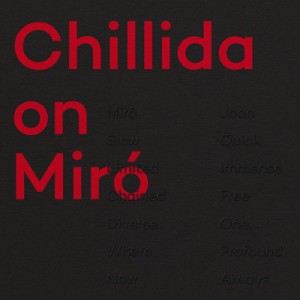