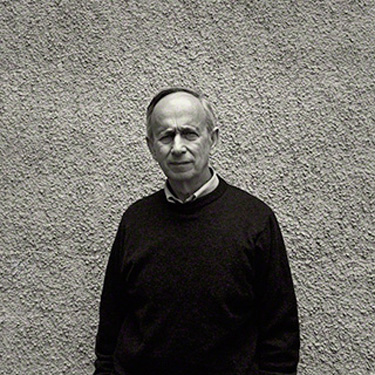 Of all the artists loosely grouped (often to their dismay) under the umbrella of the ‘School of London’, it is perhaps ironic that Leon Kossoff was one of the only ones to be born and raised in the British capital. It is far from ironic that London itself has featured in many of his paintings, which have chronicled life in the city and his passion for the metropolis and its constant variety. Kossoff has rigorously charted some of the changes, both social and physical, that have occurred in London over the past six or so decades, capturing street scenes, markets and stations with his customary thick impasto, often with an evocatively earthy palette.

Kossoff was born in East London, where his father, a Ukrainian Jewish immigrant, had a bakery. It was during the years of the Second World War, when Kossoff was evacuated as a child to King’s Lynn, that he was given a taste for art by the family looking after him. After military service at the end of the War, during which he served in the Jewish Brigade, Kossoff returned to London and enrolled at St. Martin’s School of Art, subsequently also studying at the Royal College of Art. Kossoff also attended evening classes run by David Bomberg; these were vital both for him and for his great friend and fellow artist, Frank Auerbach. Both artists developed methods of utilising impasto in order to create highly expressive paint surfaces that had a haptic quality.

Using these techniques, Kossoff created a string of pictures of various London landmarks over the years, initially taking advantage of the mysterious and often dramatic views created in a city that had been drastically altered by aerial bombardment. Since then, Kilburn, Victoria Street, York Way and Caledonian Road have all served as his subjects. The thread of London through his work is perhaps best demonstrated by the contrast, or continuity, with his early works and his more recent drawings of Arnold Circus, in a transformed East End. In this, he has returned to an area in which he spent a portion of his own childhood. The works are thus richly evocative.

In addition to his landscapes, Kossoff has painted the human figure, not least in a string of portraits usually depicting those people of his immediate circle. This allows him to concentrate on his subjects, lending the works a visceral intimacy. At the same time, many of his figure paintings reveal the constant influence of the Old Masters on his work.

In 1995, Kossoff was included in a group exhibition held in the British Pavilion at the Venice Biennale. A year later, a retrospective exhibition celebrating Kossoff’s career was held at Tate, London; the gallery also holds a number of his works, as do other museums and institutions.