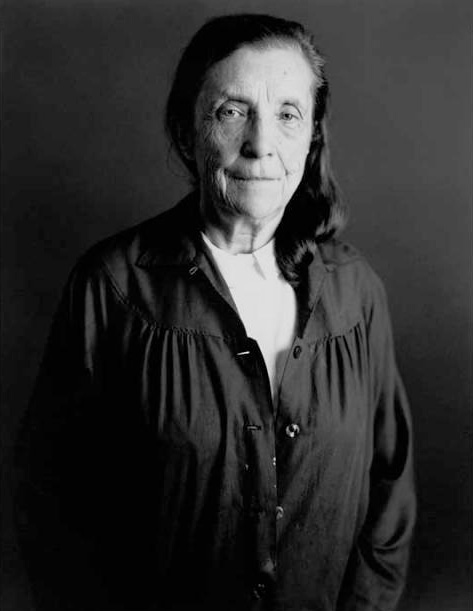 Louise Bourgeois’s remarkable career spanned seven decades, bridging the 20th and early 21st centuries. A pioneering sculptor, printmaker and draughtswoman until her last days, Bourgeois created a visually and technically diverse oeuvre that is united by an obsessive exploration of personal emotion and memory.

Bourgeois was born in Paris in 1911. Her parents had a tapestry gallery in St Germain and ran a tapestry repair workshop in the countryside. Bourgeois assisted in the business throughout her childhood, by washing, sewing and drawing. She was extremely close to her mother but had a troubled relationship with her adulterous and provoking father – the emotional scars of her upbringing later becoming a constant theme in her art. An extremely bright and academic pupil, Bourgeois studied mathematics and philosophy at the Sorbonne but decided to pursue art after the death of her mother. Her tutors included French modernist Fernand Léger who helped her identify her latent talent for sculpture.

In 1938, Bourgeois began exhibiting her work at the Salon d’Automne, opened her own gallery next to her father’s tapestry showroom and married her husband – the American art historian Robert Goldwater. That same year the couple moved to New York where Bourgeois started a family and became involved in the city’s Abstract Expressionist art scene. She initially focused on painting and printmaking then made the transition into sculpting totemic abstract figures from scraps of wood – an example of which was purchased by the Museum of Modern Art in 1953. Bourgeois began a long engagement with psychoanalysis around this time, which aided her visualisation of repressed fears through free association.

In the 1960s, Bourgeois experimented with new materials such as latex and rubber, and the more traditional mediums of marble and bronze. Her work consistently explored the female psyche and its relationship to the body, for which she found a newly appreciative audience with the rise of the feminist movement in the 1970s. Bourgeois’s sculptures grew more sexually overt during this time, examples of which include the suspended phallus Fillette, 1968 and the breast-like forms of Le Trani Episode, 1971. She began teaching and, showing an unusual accessibility and willingness to mentor for a well-established artist, hosted Sunday salons in her home where students and young artists brought their work to be critiqued.

In 1980 Bourgeois acquired her first dedicated studio space, which allowed her to work on large projects. Out of this studio came the Cells – room-sized installations comprising both found objects and individual sculptures. Bourgeois moved from strength to strength as the long trajectory of her career progressed, creating ever-surprising and often disturbing new work. Marking her prestige in the art world, she became the first female artist to have a retrospective exhibition at the Museum of Modern Art, New York in 1982. In 1993, she was chosen to represent the USA in the Venice Biennale, and in 2000 her massive steel sculptures inhabited the Turbine Hall at the opening of Tate Modern in London. It was at the Tate that Bourgeois first exhibited the largest of her spider sculptures, Maman (1999), a 30 foot high bronze and steel arachnid laden with a sac of marble eggs. For Bourgeois the spider is a positive and nurturing symbol that alludes to both the strength of her weaver mother and her own need for mothering. Bourgeois was one of very few artists able to work successfully at all scales – from small intimate drawings and hand-stitched forms to architectural installations and daunting monumental sculptures. The sheer bravado of her work and its dark, confessional nature has inspired countless artists to explore their own subjectivity, as well as opening up new territory for the body to be used as a site of psychological expression.