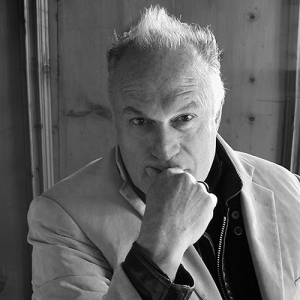 Not Vital is an international artist in every sense. His works are owned by public collections in a number of countries, and have been shown very widely, including at the 2001 Venice Biennale and more recently in a large exhibition at the Yorkshire Sculpture Park, from May 2016 to January 2017. Vital owns studios and homes on a number of continents, and has during his career spent parts of the year in places as diverse as Niger, Brazil, China and the Swiss mountains. He speaks five languages—one of them the language of Romansch shared by around just 36,000 people. This polyglot background can be discerned in his works, which traverse a number of themes, media and disciplines, from drawing to sculpture to architecture, and more recently, even painting. His oeuvre can incorporate such diverse objects as glass snowballs, steel tongues, plaster mountains, concealed houses, dried camels, marble testicles, an African school building, and even an entire island. Manufacture, place and culture all provide material for Vital, often resulting in critical, surreal, witty and transcendent transformations.

Much of Vital’s artistic formation took place during the period from 1974 through much of the 1980s, when he was living in New York. There, he was able to tap into the contagious momentum that was then so apparent in the city’s art, music, literature and nightlife. Before that, Vital had lived in Paris and Rome; earlier still he had been raised in the Engadin valley in Switzerland, a place of stupendous beauty that is covered in snow for almost half the year. His childhood laid many of the foundations for the interests that percolate through his artworks, including a fascination with habitat fostered by the building of treehouses and huts during his long holidays. Vital’s work often retains roots in his Swiss home, sometimes literally, for instance in the case of his concealed house, which rises and lowers itself mechanically from the ground. His family has lived in the area for centuries; indeed his name, which often provokes curiosity, is itself historic— it has been borne by people in the area since the fourteenth century. This awareness of, and respect for, tradition has itself come to infuse much of Vital’s work, be it in Niger, China or his home in the Engadin.

Vital’s interest in habitats has led to his exploration of SCARCH—the word he coined to probe the fusion of sculpture and architecture. He has created a number of edifices that are both buildings and sculptures. This is perfectly encapsulated in his House to Watch the Sunset in Niger. This was part of a string of projects executed in and around Agadez, a city he first visited in 1999. His works there include a house for himself, a house for viewing the moon and stars, and a school building, which he has termed a kinetic sculpture because of the throng of students that sit atop it. Vital hopes to raise a House to Watch the Sunset on each continent. The original in Africa is now accompanied by a colossal sculpture created by his friend Richard Long during a visit.

SCARCH was taken to a new extreme level in NotOna, Vital’s island in Patagonia. Vital acquired an entire island made of natural marble and, rather than build a home on it, has instead excavated a space within it. Having long been interested in marble as a medium, Vital had previously created a range of works in the material, from the 9.2-metre high Tower, made from a single block, to his inert, magnificent Sled, a tribute to the culture of his home. This culminated in NotOna, where the whole island has become an elegiac tribute to the many properties of marble, which in different areas appears smooth, craggy, exposed to the elements, eroded in underwater caves or polished by the hand of man.

Vital manages to be paradoxical: a restless traveller obsessed with his home. Since the early years of the millennium, he has created sculptures based on the views of mountains from his native Engadin. In more recent years, he has spent time in China, benefitting from local expertise in creating sculptures of polished steel, for instance his monumental Tongue. While there, he discovered the stones found in the mountainous area of Dali, which can be cut open and sometimes found to resemble landscapes in their own right. The connectedness, the global nature of Vital’s work, is perfectly encapsulated in the idea that he can dig up a stone in China—and find a view of his home. 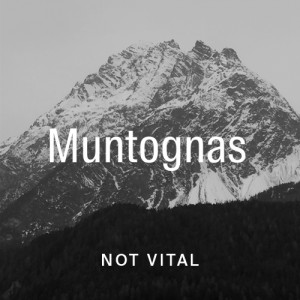