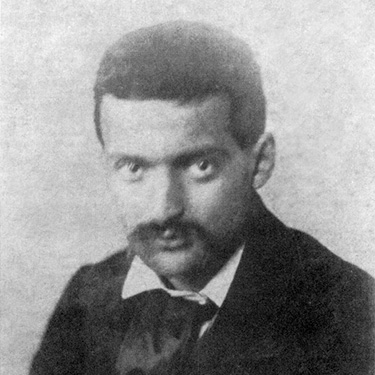 Paul Cézanne was a reluctant figurehead, a reclusive artist whose pioneering ideas were ridiculed in the 1870s and yet would come to transform the entire nature of painting, influencing the Fauves and the Cubists alike in the early 20th century. He was an artist’s artist, even during his lifetime, and was friends with Camille Pissarro, who was one of his great mentors, as well as Claude Monet and Pierre-Auguste Renoir.

Cézanne occasionally worked with other artists such as Pissarro and the latter’s other protégé, Paul Gauguin, yet appears to have preferred relative solitude. Gradually leaving behind Impressionism and the plein-airisme associated with the movement, he began to explore means of representing volume as well as the sensations caused by light. He sought to include more subjective dimensions to painting, be it in his self-portraits, his images of his wife Hortense Fiquet, still life compositions or the iconic images of the Mont Sainte-Victoire and Gardanne. Some of these showed vivid brushwork, as well as proto-Cubist approaches to structure and to the representation of three dimensions in a two-dimensional format. As Cézanne explained, ‘There are two things in painting, vision and mind, and they should work in unison. As a painter, one must try to develop them harmoniously: vision, by looking at nature; mind, by ruling one’s senses logically, thus providing the means of expression. This is now my aim’ (Cézanne, quoted in F. Elgar, Cézanne, London, 1969, p. 85).

Cézanne’s pictures often appeared unfinished, accentuating the incredible sense of the artist’s touch that was partly so crucial to his later influence. Dabs of paint are used to build up the sense of volume in his pictures, be it in a mountain, bathers, his wife or an arrangement of fruit on a table. The empty spaces themselves were often used to his advantage, left in reserve. This was all the more prominent in his exquisite works on paper: his watercolours and drawings are among his greatest achievements, often revealing a poetic lyricism and restraint, even when they were based on copying Old Masters.

Gradually, Cézanne’s works became appreciated by wider and wider circles of artists, critics and collectors alike, resulting in a slow re-emergence to the public at the end of the 19th and beginning of the 20th centuries. This culminated in the retrospective organised after his death at the Salon d’Automne in 1907, which was an epiphany for a whole generation of the Parisian avant garde.