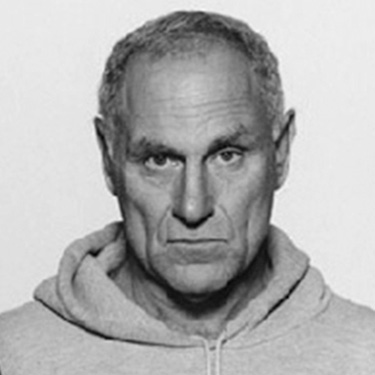 Many of Richard Serra’s sculptures comprise vast, monumental slabs of looming, rusted steel which appear to teeter precariously over the viewer. This cuts to the heart of much of his work: there is an experiential dimension to his large-scale sculptures which has resulted in their becoming famous throughout the world. Examples have been installed in parks, public squares, galleries, museums and even the desert; one of the most impressive of these displays is that at the Guggenheim Bilbao, entitled A Matter of Time and created over a span of more than a decade, from 1994 to 2005, which forms a maze-like sequence of structures, each of which creates complex spaces lined with leaning and apparently free-standing steel.

Serra was raised in California, from where he has vivid memories of ships being launched and cutting through the water. He studied English Literature at the University of California, before heading to Yale University as an art postgraduate. There, he became involved with Joseph Albers, assisting him in the publication of Interaction of Color; he was a contemporary of Chuck Close and Brice Marden.

Through Yale, Serra was able to travel to Paris in 1964, where he studied a lot near the studio of Constantin Brancusi; he was also struck by seeing Alberto Giacometti on his way to La Coupole on several occasions. Both encounters were to have very different yet lasting effects, extending from use of materials to the importance of process (see Phong Bui, ‘In Conversation’, The Brooklyn Rail, 12 June 2006, reproduced online). The following year, Serra received a Fulbright Scholarship and went to Italy. There, his work moved further from the realm of picture-making and into ambiguous sculptural territory, as demonstrated by his first one-man show, held at the Galleria La Salita, Rome, where he displayed a combination of living and stuffed animals, the latter in part courtesy of his then wife, Nancy Graves.

On his return to the States, Serra had a string of teaching positions. At the same time, he became involved with metal and rubber in his works, for instance his Splash series, in which he flung molten lead at a wall in his studio, allowing it to form as a sculpture as it fell and solidified. He made similar works in which the appearance of the final object was predicated by the casting process itself. This ultimately led to his Props, in which thick slabs of steel were placed one atop the other, arranged so as to become stable, yet retaining an all-important appearance of precariousness that was to remain central to many of his subsequent installations to this day.

Serra’s monumental works are often site-specific; this is in part a legacy of his friend, Robert Smithson, whom he helped when the latter was creating his celebrated Spiral Jetty. Since then, Serra’s sheets and slabs of steel have become important and celebrated fixtures in places as varied as the Louisiana Museum, Humlebaek, and the deserts of Qatar. With their combination of emphatic weight and sheer heft, they convey an idea of power that also invokes the sublime in its rawness. At the same time, they are celebrations of the material itself, of the steel upon which the modern era is founded, and on the processes that lead to its manufacture, and to the creation of artworks, alike. 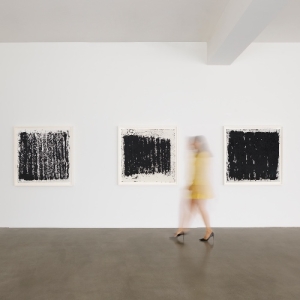