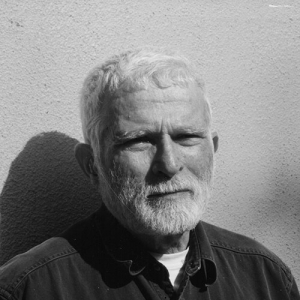 Ronald Brooks Kitaj was an influential American figurative painter who famously defined the ‘School of London’ in which he included Francis Bacon, Lucian Freud, Frank Auerbach and himself as central figures. An artist of boundless intellectual appetite, Kitaj’s imagery intertwines art historical, literary, filmic and philosophical references along with eroticism, Jewish mysticism and personal experience. He was an extraordinarily gifted draughtsman, painter and writer whose work roused both great admiration and controversy throughout his career.

Born in 1932, in Chagrin Falls, Ohio, Kitaj grew up in an atheist household, though his mother and stepfather were Jews. He left home at the age of 17 and signed up as a merchant sailor, visiting Cuba, Mexico and South America. Following this adventure, he studied at Cooper Union in New York and the Academy of Fine Arts in Vienna before marrying a fellow American student, Elsi Roessler. After completing national service with the US Army, he was entitled to a grant under the GI Bill of Rights to study at the Ruskin School of Art in Oxford (1957-59) and the Royal College of Art, London (1959-61).

Kitaj was several years older than many of his fellow students at the RCA, such as David Hockney (who became his best friend), Derek Boshier, Allen Jones and Patrick Caulfield, but his broad cultural experience, erudite manner and warm sense of humour saw him become something of a seer to this new generation of artists. In 1961, he participated in the landmark Young Contemporaries exhibition at the Royal Society of British Artists, which heralded the arrival of Pop Art in Britain. The exhibition was recognised as a vibrant change of pace in British art and a counter to prevailing abstract art movements.

Kitaj was initially associated with Pop as his vividly coloured, graphic style of painting and early collage-based prints bore a resemblance to advertising and commercial imagery. Yet his art was self-consciously steeped in history. An ardent bibliophile, he established poetry, literature and illustrated journals as inspiration for his practice, along with what he termed the ‘surreal-dada-symbolist strain’ within modern European art. He intuitively brought disparate imagery together in fragmented compositions dense with allusions, which he would often augment with accompanying didactic statements.

In 1969, Elsi Roessler committed suicide, a tragedy that brought Kitaj’s practice to an abrupt halt. He gradually returned to art through intense drawing of the human figure, and a rededication to the canon of Western painting. During the 1970s, his interest in his Jewishness became increasingly central to his life and work – explored in paintings that allude to the Holocaust as well as to writers such as Franz Kafka and Walter Benjamin. He also connected his desire to explain his paintings to the Jewish tradition of verbal exegesis.

In 1976, Kitaj organised and wrote the catalogue essay for the touring Arts Council exhibition The Human Clay, for which he coined the term the ‘School of London’. Although the exhibition included both abstract and figurative artists, Kitaj’s thesis championed the importance of drawing and of the study from life. In his own work, Kitaj favoured a self-described method of ‘painting-drawing’ that utilised firm, worn-down brushes and, with the encouragement of his second wife, the painter Sandra Fisher, whom he married in 1983, he turned to pastels.

Over the course of his career, Kitaj’s work was exhibited extensively throughout Europe, the United Kingdom and the United States. In 1994, he was the subject of a major touring retrospective organised by the Tate in London, which was received harshly by some members of the British press. Sandra Fisher died of an aneurysm shortly after the exhibition’s opening, prompting Kitaj to move to Los Angeles after almost 40 years of life in the UK. He remained in Los Angeles from 1997 until his death in 2007, often visualising his lost wife in his paintings while also continuing to dwell on the broader human condition.