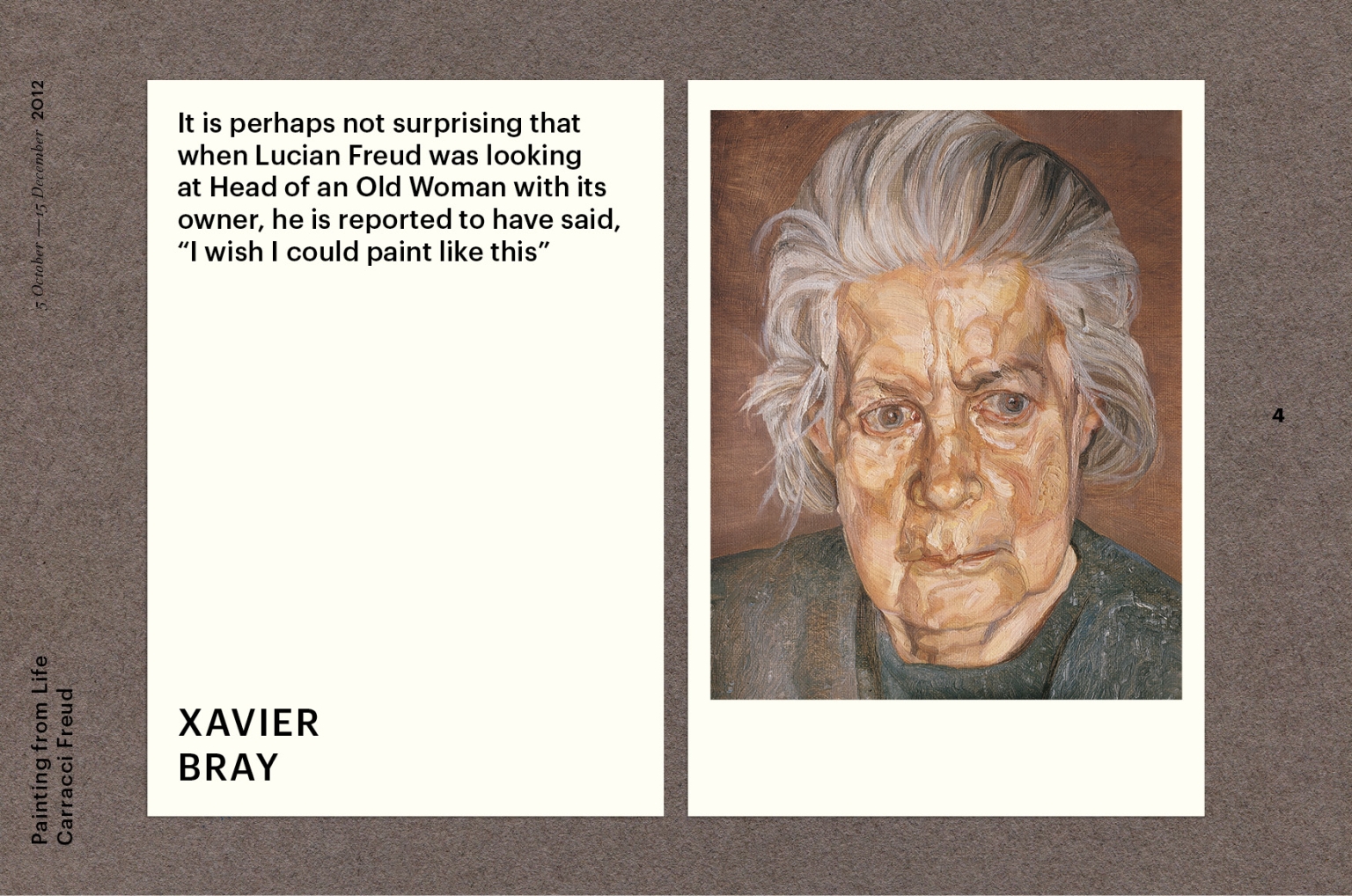 Paintings from Life: Caracci Freud brought together a striking group of head studies by the great seventeenth-century Bolognese painter, Annibale Carracci (1560–1609), and Lucian Freud (1922–2011), recognised today as one of the foremost painters of the twentieth century. This rare and illuminating collaboration between an historic public art collection and a private gallery was curated jointly by Dr Xavier Bray (Arturo and Holly Melosi Chief Curator, Dulwich Picture Gallery) and Pilar Ordovas (Ordovas).

Freud’s interest in the Old Masters is well known and documented. Less well known, however, are the visual connections between Carracci, one of the greatest Italian painters who took ‘nature’ as a point of departure in his art, and Freud, whose portraits capture a reality that is often unforgiving. Freud was familiar with at least two of Carracci’s most important head studies painted in the 1590s: Head of an Old Man, which he saw when he exhibited at Dulwich Picture Gallery in 1994 and Head of an Old Woman, Private Collection, London, which he studied closely. This exhibition juxtaposed three notable Carracci head studies with a series of Freud head portraits, each comparison revealed intriguing affinities, be they in technique, style, viewpoint or subject matter. For instance, the teaming of Carracci’s Portrait of a Bearded Old Man with Freud’s portrait of John Deakin from 1963–64 disclosed fascinating similarities in the subjects’ stance, the close scrutiny given to foreheads and ears, and the brush work. Through an intimate comparison of these two artists’ work,

Painting from Life: Carracci Freud revealed the different ways in which Freud and Carracci were both ‘modern’ in their own time. Dulwich Picture Gallery’s loan of Carracci’s Head of an Old Man was the first it had made to a central London show since 1937. This collaboration resumed what was once a thriving tradition, initiated in 1816 when Royal Academicians, Constable among them, selected around four to six paintings from Dulwich’s collection so that they could be shown at the Royal Academy and copied by students. 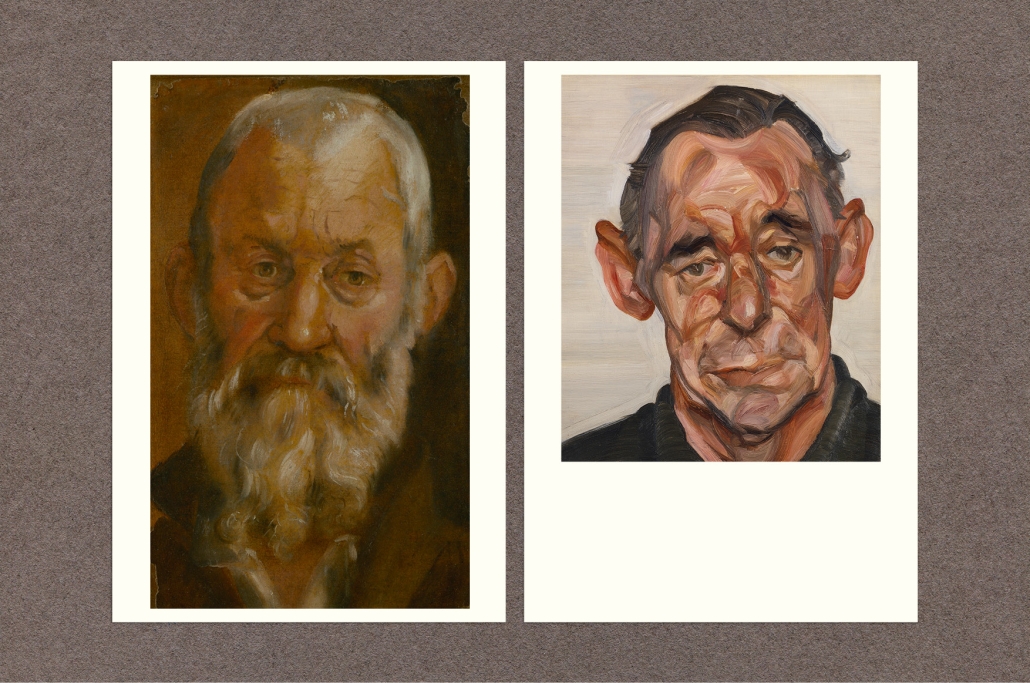