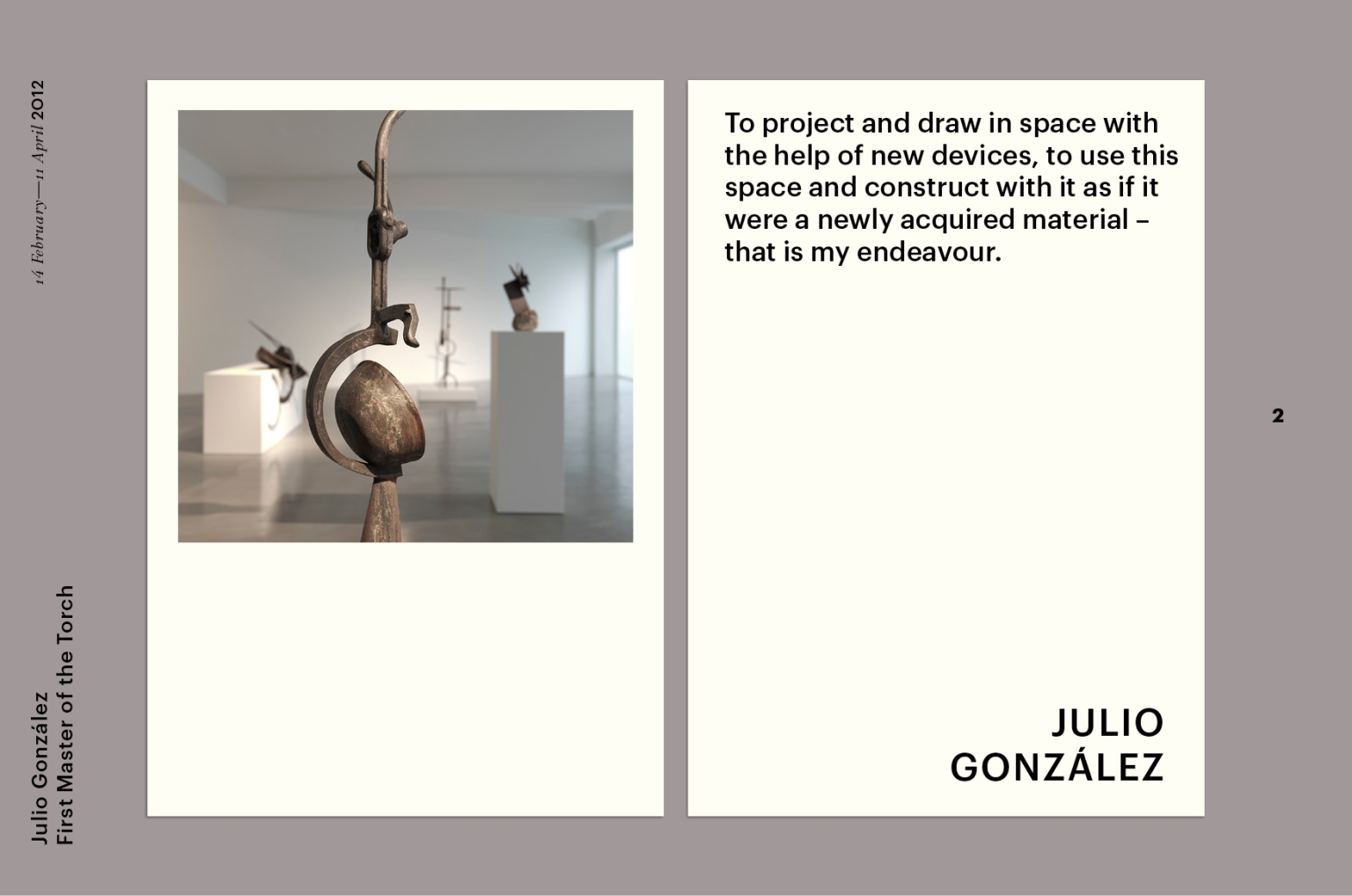 Our second exhibition, Julio González, First Master of the Torch, was named after David Smith’s moving 1956 essay written for ARTnews on the occasion of Julio González’s exhibition at MoMA. Today, González is regarded alongside Constantin Brancusi, Pablo Picasso and Alberto Giacometti as one of the foremost pioneers of modern sculpture, and the father of a tradition of welded iron sculpture that extends from the early 1930s to the present day. In the last ten years of his life, González produced an unprecedented run of constructed iron masterpieces that radically transformed the entire nature of modern sculpture and opened a new path for a younger generation of sculptors.

The catalyst for this dramatic transformation of González’s art was a celebrated collaboration with Picasso between 1928 and 1932 that liberated both artists’ creative potential and produced some of the most revolutionary and exciting sculptures of the twentieth century. Because of its radical impact on both men’s work, this collaboration between the two Spanish artists, who had been friends since first meeting in Barcelona at the turn of the century, has taken on a legendary status.

When David Smith first saw images of these ground-breaking works, he immediately grasped their potential. In 1933, with his own series of four welded iron heads, Smith began a diverse, monumental body of work that, like the work of younger sculptors who followed, such as Eduardo Chillida and Anthony Caro, explored and expanded into new territories that can be traced back to Picasso and González’s momentous innovation. 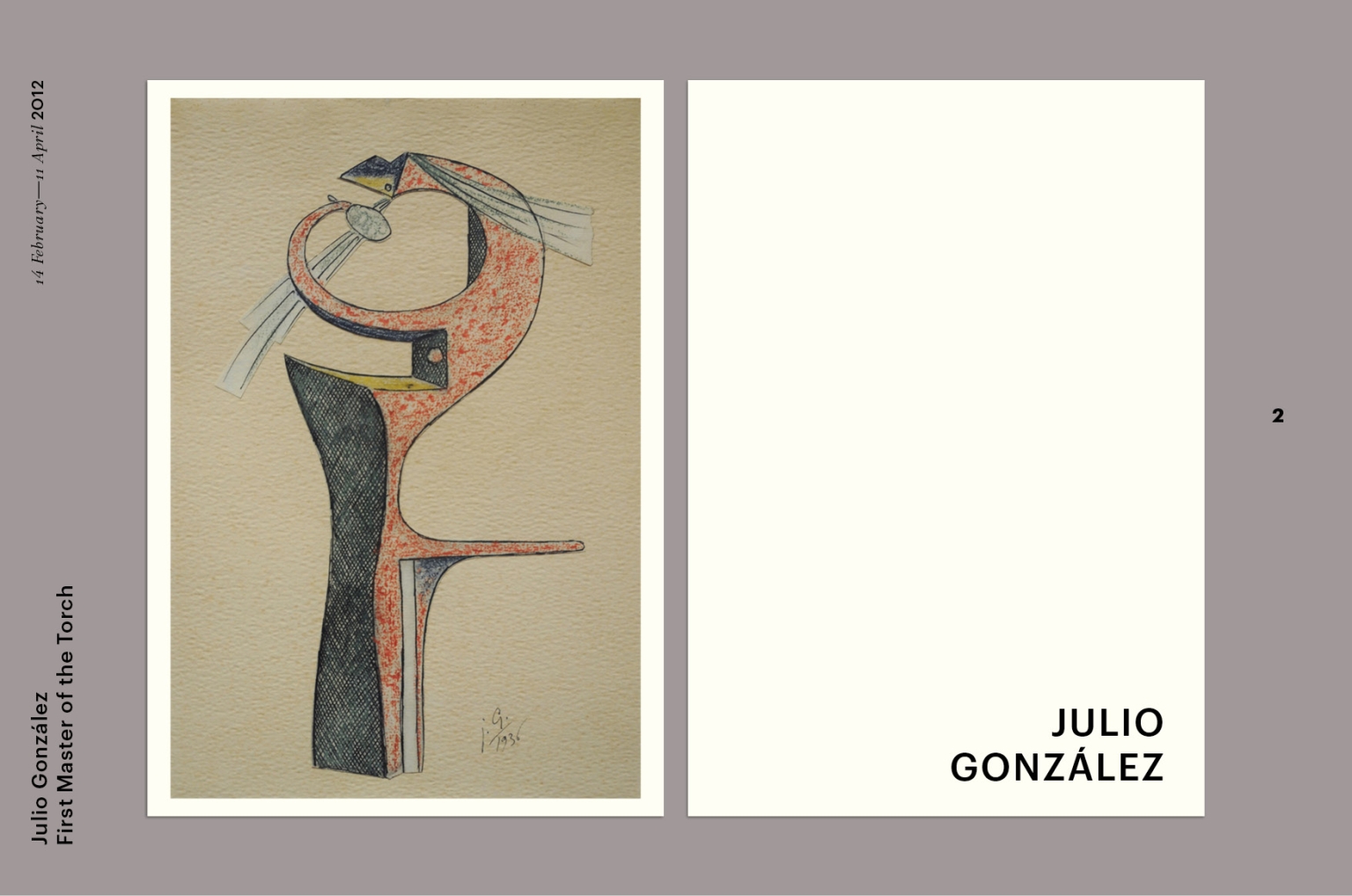