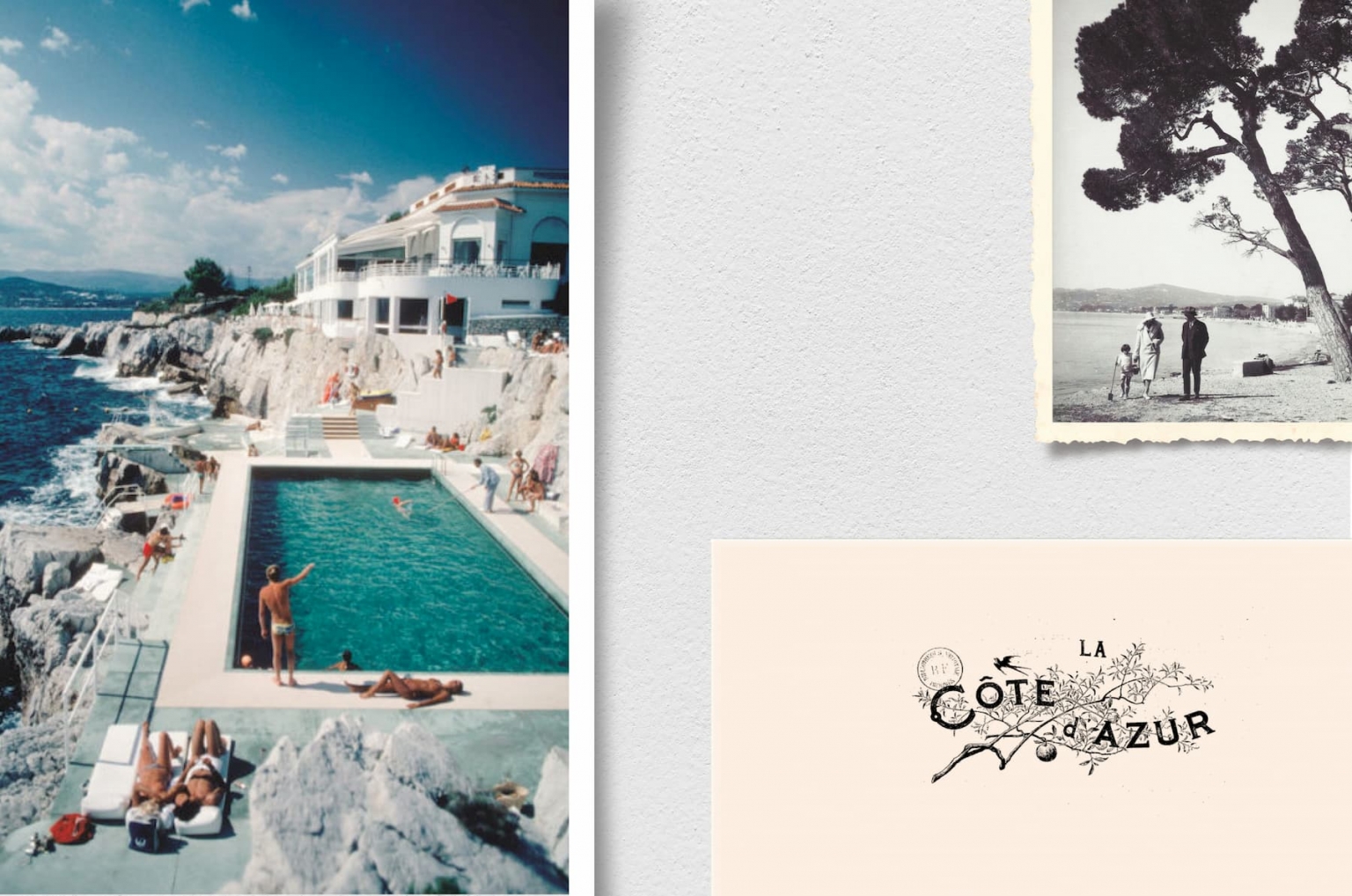 “When your eyes first fall upon the Mediterranean you know at once why it was here that man first stood erect and stretched out his arms toward the sun.”

— F. Scott Fitzgerald, How to Live on Practically Nothing A Year, in The Saturday Evening Post, September 1924

In May 1924, in an attempt to escape New York’s frenetic social life that was keeping him from finishing his third novel, F. Scott Fitzgerald, accompanied by his wife Zelda and daughter Scottie, took leave of their sumptuous home in Long Island. They sailed across the Atlantic to France and through Paris, until their final destination: the Côte d’Azur.

Back then, life was still relatively cheap on the French Riviera, particularly during the summer months. Every year, come April, the visiting aristocracy closed their villas and wouldn’t return until winter, fleeing the high temperatures, mosquitoes and insalubrious sea breezes. Fitzgerald of course was not the first writer to set foot on the Mediterranean coast, for before him the region was famously frequented by artists including Claude Monet, Paul Cézanne and Henri Matisse to name but a few.

The mythical name itself, Côte d’Azur was first coined by another, less well-known writer, Séphen Liégeard. In his 1887 rhapsodic eponymous book, he described the all-blue landscape around him where the sky and the sea seamlessly merge on the horizon line, and the name stuck. Discovering it for himself in the Jazz Age, Fitzgerald played a large part in defining our modern perception of it, as both a glamorous and enchanting place where the spectacular red rocks and the evergreen palm trees meet the azure shallows of the sea and the immensity of the sky.

B
is for
Blue Period
Scroll to top