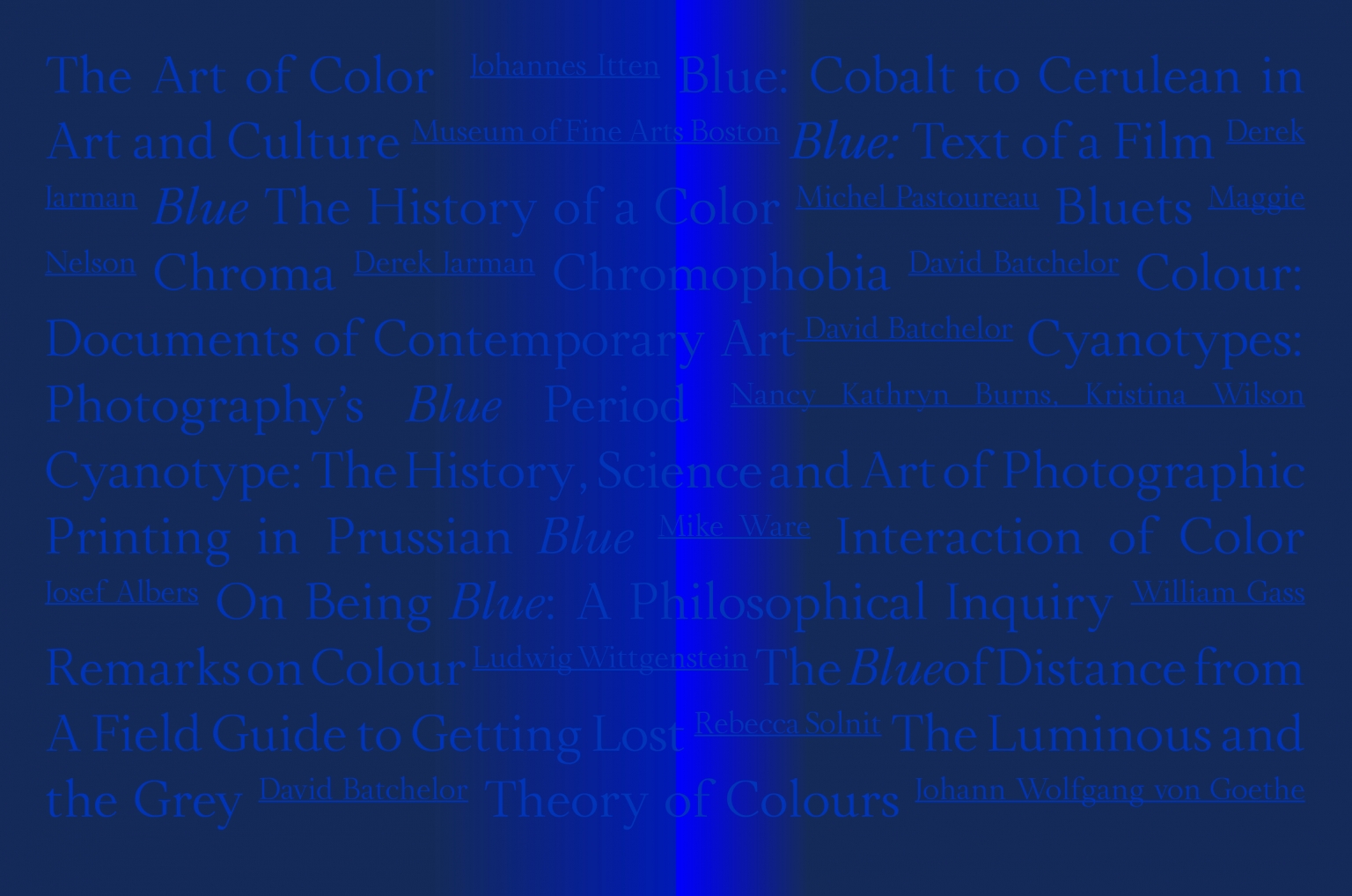 As part of The Blue Diary, we put together a selection of texts that inspired our current exhibition, Monochrome No.2. We hope they’ll bring you some inspiration as well. Happy reading, and happy weekend!

The Art of Color by Johannes Itten, 1961

Blue: Cobalt to Cerulean in Art and Culture by Museum of Fine Arts Boston, 2015

Blue: The History of a Color by Michel Pastoureau, 2000

Cyanotype: The History, Science and Art of Photographic Printing in Prussian Blue by Mike Ware, 1999

Interaction of Color by Josef Albers, 1963

On Being Blue: A Philosophical Inquiry by William Gass, 1975

Remarks on Colour by Ludwig Wittgenstein, 1950

The Blue of Distance from A Field Guide to Getting Lost by Rebecca Solnit, 2005

The Luminous and the Grey by David Batchelor, 2014

For some further “blue” reading:

Black and Blue by Anna Quindlen, 1998

Eyes of a Blue Dog by Gabriel Garcia Marquez, 1947

The Bluest Eye by Toni Morrison, 1970

The House of Blue Leaves by John Guare, premiered Off-Broadway in 1971

The Mystery of the Blue Train by Agatha Christie, 1928

P
is for
Jackson Pollock

R
is for
Edward Ruscha
Scroll to top