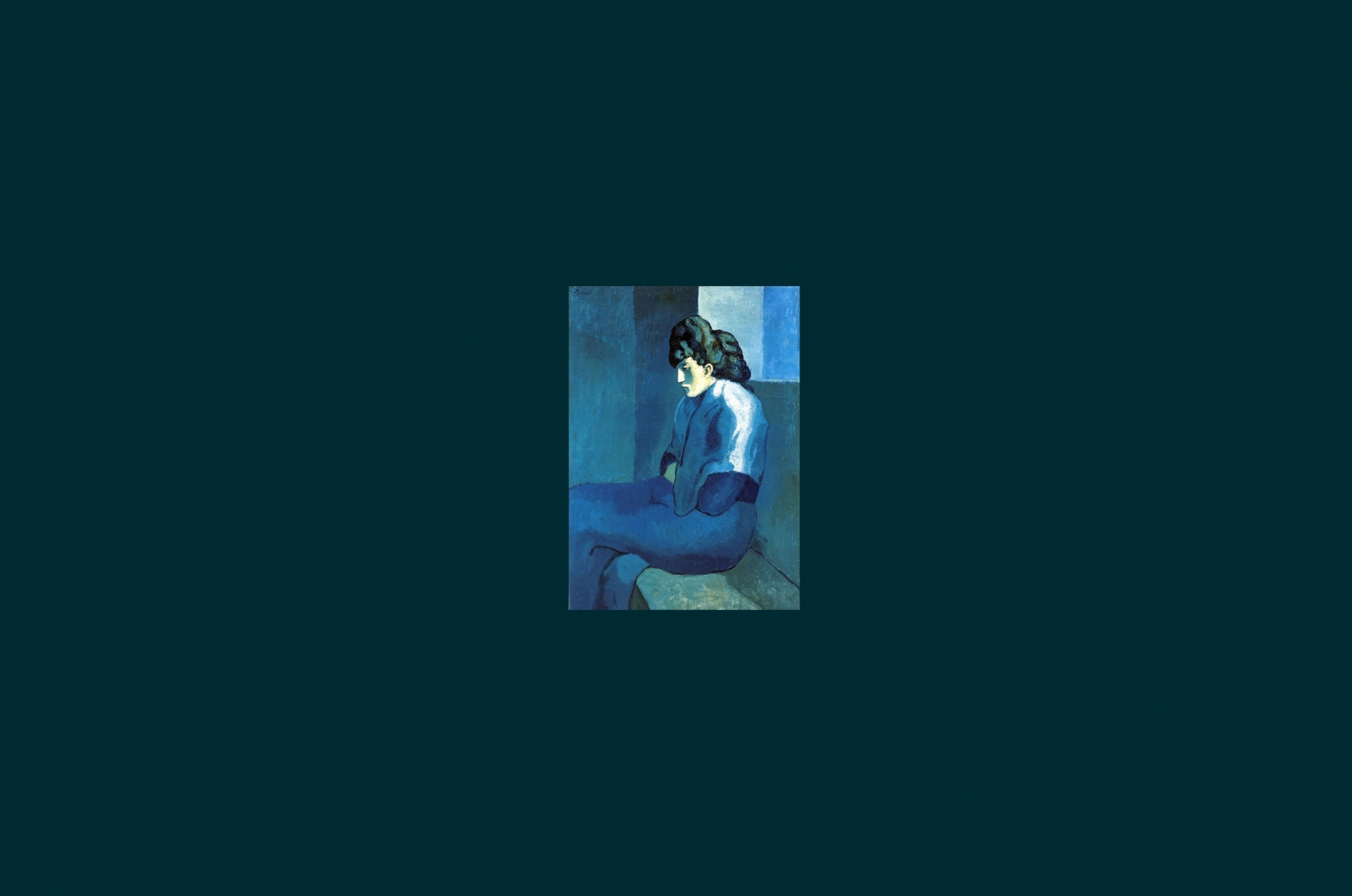 During his Blue Period, Pablo Picasso explored the full potential of the monochrome producing a body of paintings in varying blue hues. The Blue Period began in Paris in autumn 1901, blossomed in Barcelona from late January to September and continued in Paris until January 1904.

1901 was an important year in the formation of the young Picasso: from then on, Pablo Ruiz became Picasso, and by mid-year he finally replaced the signature ‘Pablo Ruiz Picasso’ with the assertive ‘Picasso’. It was during this time that Picasso took a more radical direction in his art and started portraying social outcasts such as beggars, prostitutes and solitary figures. His subjects were progressively infused with shades of blue, from ultramarine to Prussian blue, to communicate themes of human misery and alienation.

In the summer 1902, Picasso started to frequent a location in Paris that would have a significant impact on his work: the Women’s Prison of Saint-Lazare, in Montmartre. Describing this period in Picasso’s life, Guillaume Apollinaire wrote: “For the space of one year, Picasso lived this painting, wet and blue like the humid depths of the abyss, and pitiful”. The prison had its origins in a medieval convent and leper hospital and later housed many prostitutes with venereal diseases. Most inmates were imprisoned without a trial and confined in isolation from one another (though several were allowed to bring a child). Picasso’s monumental painting entitled Melancholy Woman, 1902, shows a woman in profile at the Women’s Prison. The painting gave full expression to the themes of isolation and the destitute and remains as poignant today.

Other paintings executed that same year also show traces of hope as Picasso depicted similar women and men bringing food to beggars and children. La Soupe, 1902, portrays a mother holding a steaming bowl of soup in front of a child. A question is conveyed: is she giving the soup to the small child or receiving it from her? Either way, the message is that of charity offering a glimpse of hope, amid the sorrow of their condition.

C
is for
Cyanography
Scroll to top