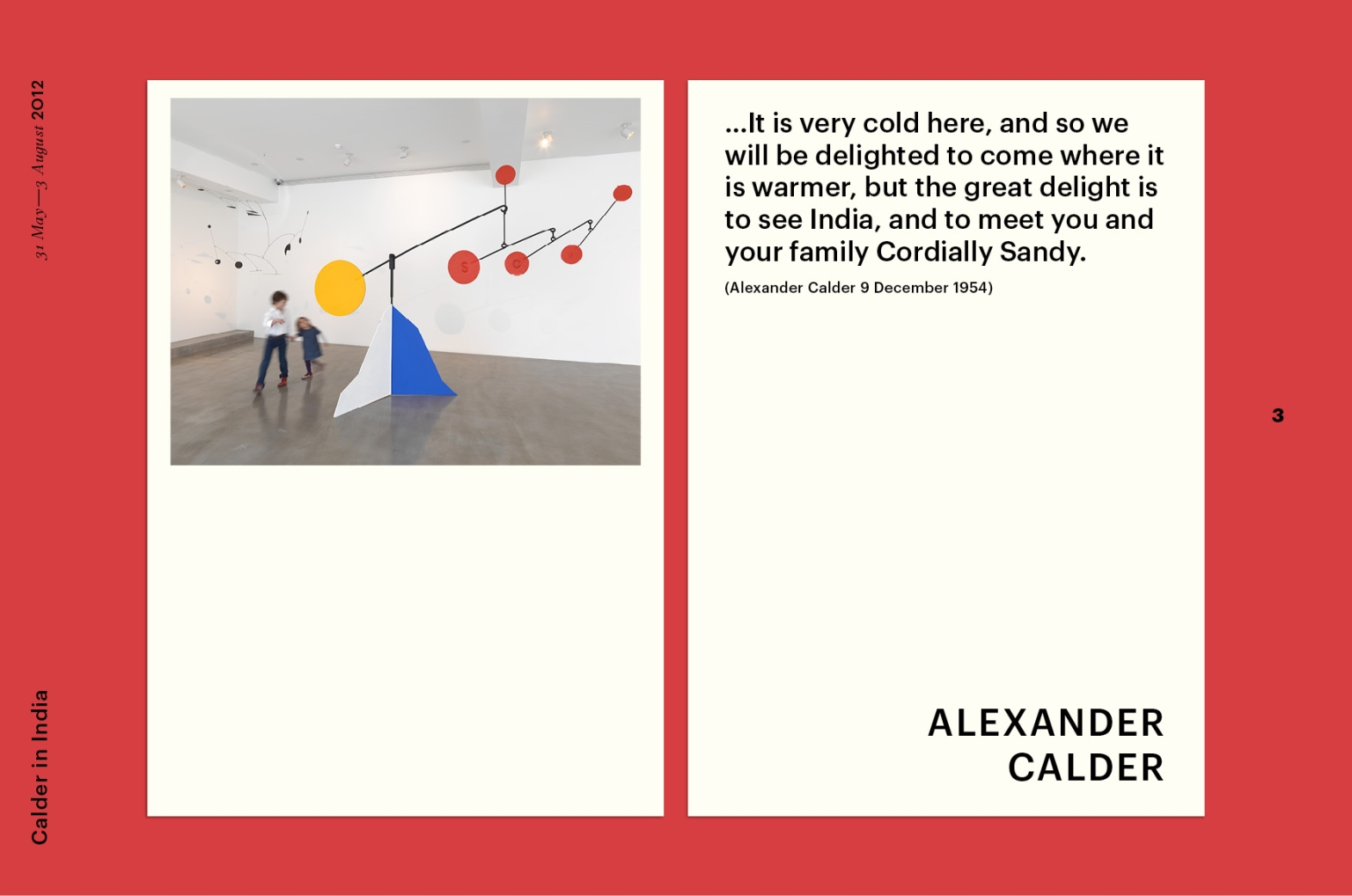 In 1954, Calder received a letter from Gira Sarabhai inviting him to come to India to stay with them and work while he was there. He was intrigued by the kite flying festival that took place in Ahmedabad on 14 January – ‘I certainly don’t want to miss that’ – and accepted the invitation, announcing that he would just bring his pliers but no other tools. A studio was set up for him in the family compound and a workshop was also put at his disposal.

On 12 January 1955, Calder and his wife Louisa arrived in Bombay and travelled to Ahmedabad, the home of their hosts Kamalini, Gautam and Gira Sarabhai. They remained in India for three months, travelling, sight-seeing and, as was always the case with the perennially creative Calder, working. During this stay, Alexander Calder produced nine sculptures as well as some jewellery.

‘…I’d brought my pliers with me [to India], and I’d got some metal and wire in Bombay, so I went to work in the [Sarabhais’] garden. Cows were tethered there, and a couple of water buffaloes. … I made eleven mobiles and stabiles, and some gold jewellery. We went down to Bombay once or twice… and I made a big mobile in a blacksmith shop there. Gira’s father, Ambalal, was a little doubtful about my work at first, but ended up liking it.’ – Alexander Calder

Calder in India presented a unique opportunity to see the works that Calder produced in response to India and was the first time these works were seen in public since 1955 – indeed, it is the first time that they had ever been seen in the West. 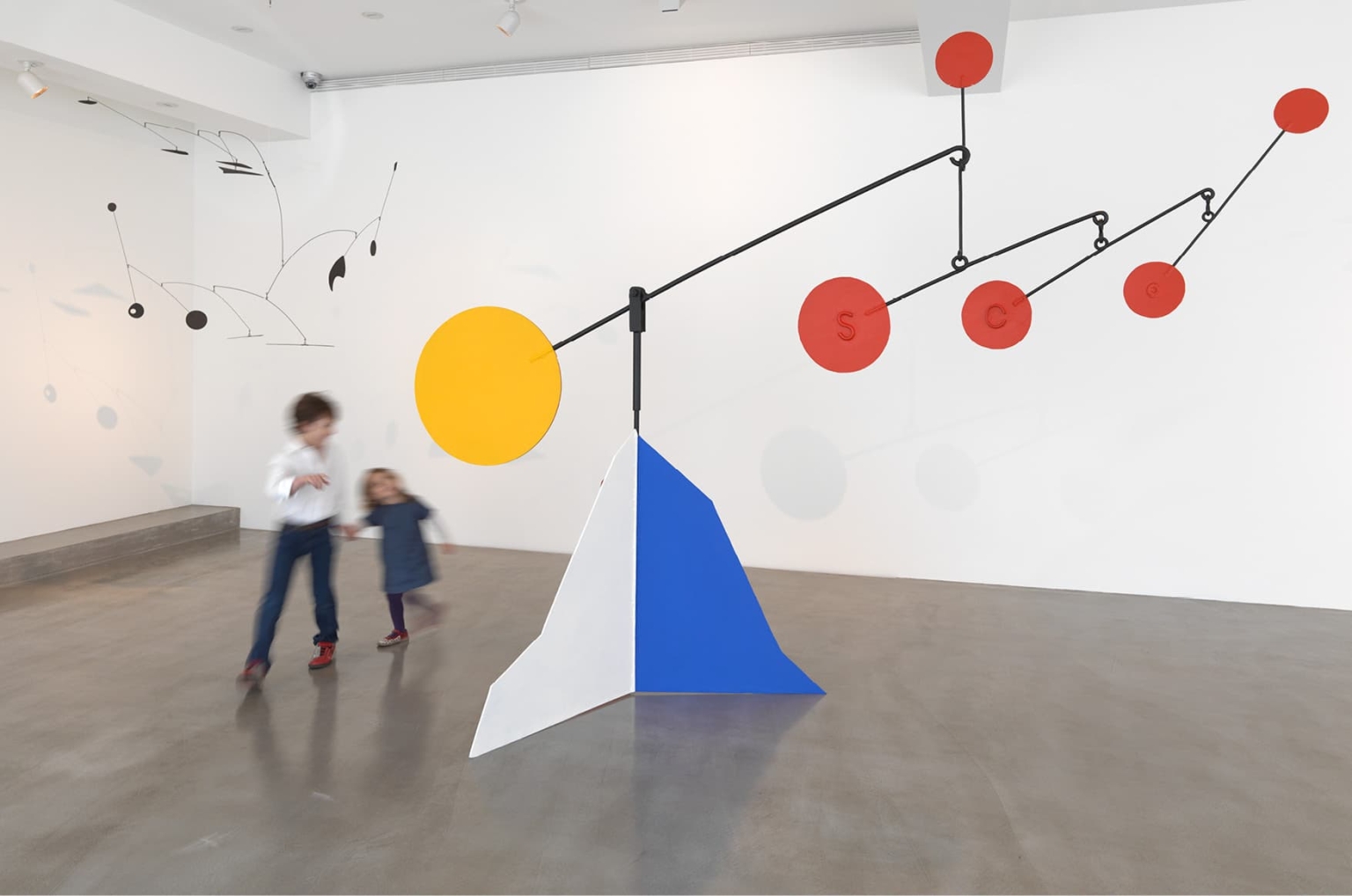 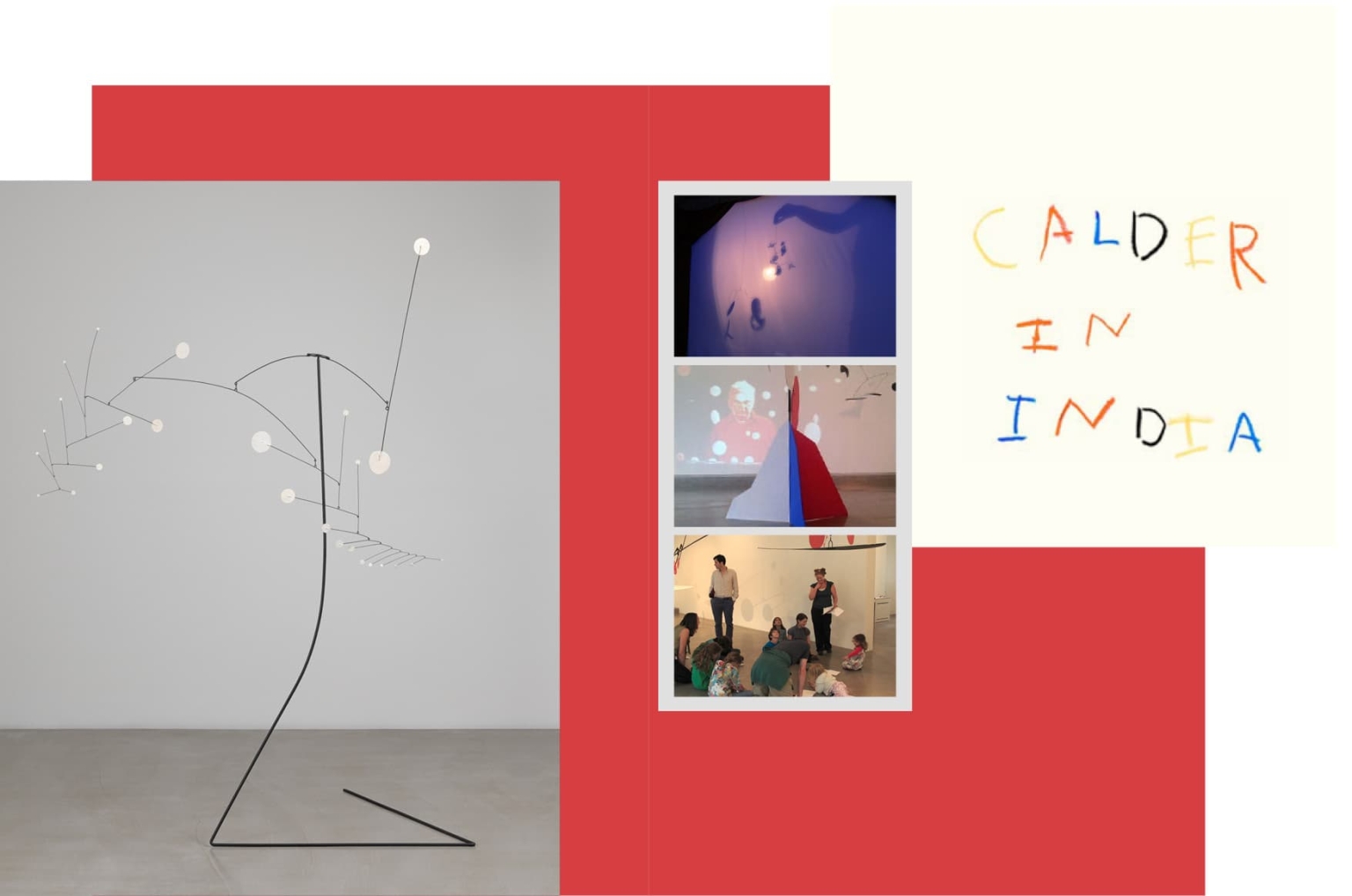