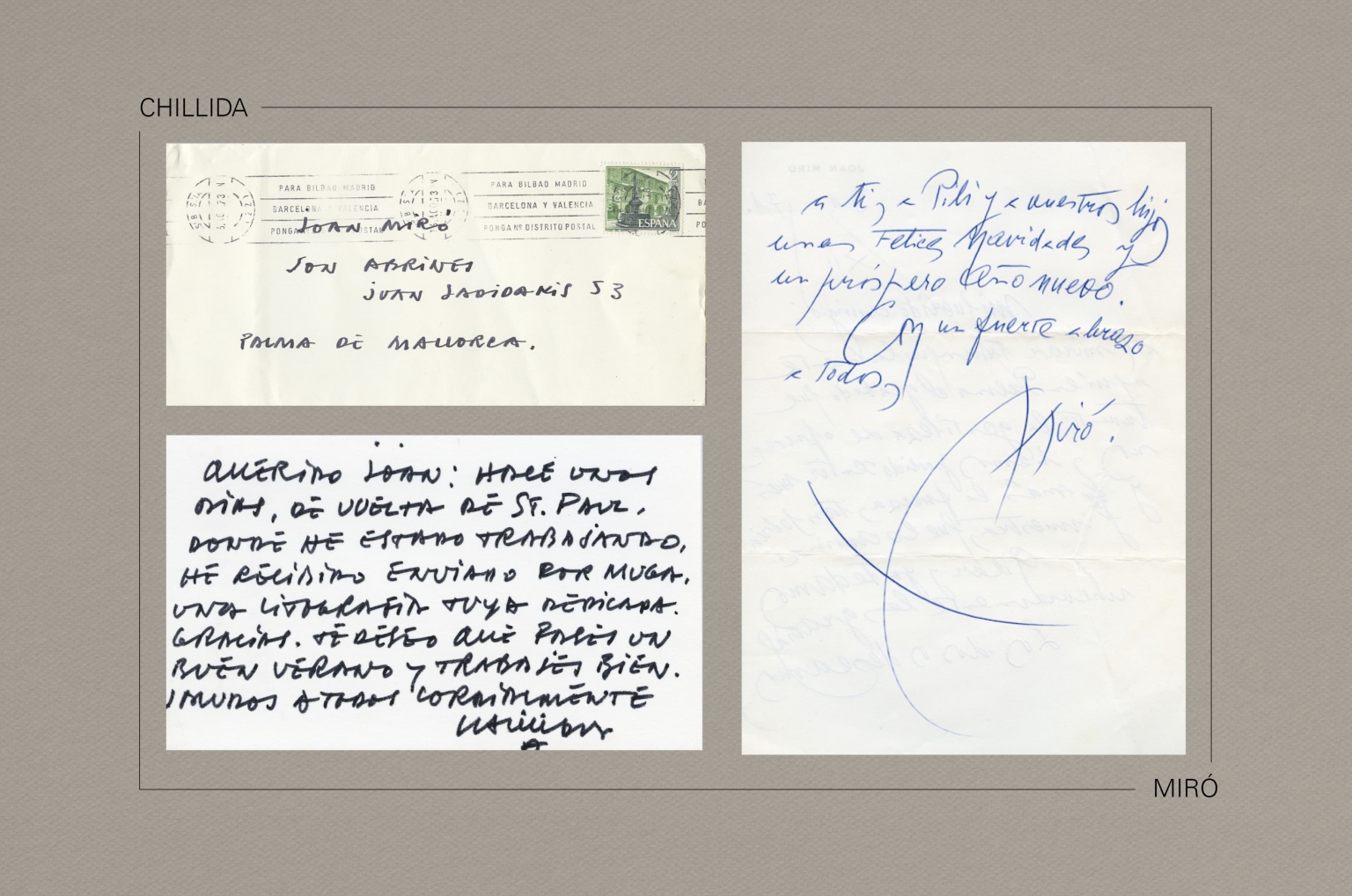 ‘Miró and I exchanged artworks and tokens of affection and friendship.’

‘Dear Joan: This letter is to say hello and also to encourage you in your work’

Extract from a letter, Eduardo Chillida to Joan Miró.

The fascinating private correspondence between Joan Miró and Eduardo Chillida gives us a glimpse into their friendship, one that grew steadily in mutual respect and admiration over the years. The letters, notes and poems that they exchanged are testimony to a deep friendship; over time their exchanges became more intimate and reciprocal, Chillida encouraging Miró as well as being encouraged.

The two artists had first met in Paris in the late 1940s and remained lifelong friends. In summer every year, both artists and their families would stay for several months with the Maeght family at their residence in Saint-Paul-de-Vence. There was a ceramic studio and a printing studio there in which the artists would spend their days working – the press was renamed ‘La Pilar’ after Miró’s wife.

Chillida saw Miró as a revolutionary, both artistically and in his readiness

to support causes – he even benefited from Miró’s support during the controversy over his sculpture Lugar de Encuentros IIIin 1972.  The sculpture was intended to hang under the bridge of La Castellana in Madrid but the government decided otherwise. Miró wrote in the press in defence of artistic freedom and offered to donate a work if the sculpture was placed as Chillida intended. Unfortunately the government would not change its mind; Chillida ended up donating the sculpture to Miró for his foundation in Barcelona. In turn Miró painted a work for Chillida, Painting, 1976 for the Chillida family home in San Sebastian.

Through this fascinating friendship and exchange of ideas and encouragement, Chillida came to see the concave lines in his own work differently, in the light of Miró’s use of the convex. Chillida would also go on to be represented by the same gallery as Miró.