D
is for
Denim 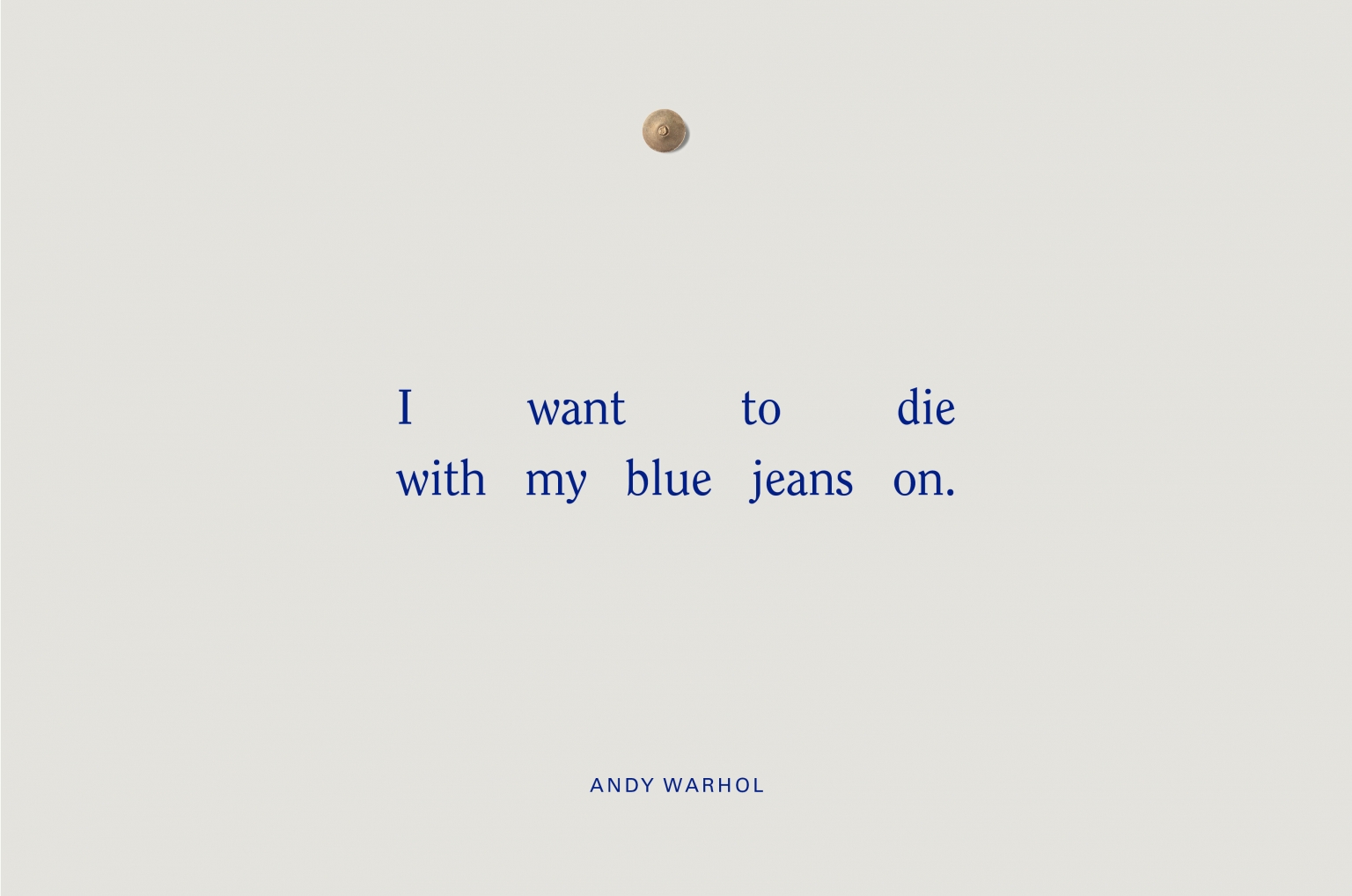 Blue is the world’s favourite colour. We use it everywhere. In fact, right now, as you are reading this, half of all humans are wearing blue jeans, but very few know where they originated from.

Arguably one of the most significant fashion innovations of the nineteenth century, blue jeans were invented in 1870 by Jacob W. Davis, a Latvian-born American tailor from Nevada who specialised in functional items. He was most known for his tents, horse blankets and wagon covers, until one winter’s day a customer asked him to make a pair of sturdy working pants for her husband, who was a woodcutter. To meet her request, Davis used duck cloth and reinforced the seams and pockets with copper rivets. Word of the pants quickly spread among railway labourers, and as early as 1871, Davis was making these working pants in denim cotton. The word denim itself came from a cotton fabric made in Nîmes, France (‘de Nîmes’ in French) which was dyed in indigo, as dark colours better hide the dirt. Before long, Davis found he could not keep up with demand. In 1872, realising the potential value in his jeans concept, he approached Levi Strauss, his fabric supplier, and asked for his financial backing in the filing of a patent application. Strauss agreed, and on 20 May 1873, blue jeans were officially born.

For the next eighty years, blue jeans remained largely associated with miners, labourers and factory’s workers, until they were popularised by Hollywood stars Marlon Brando and James Dean in their films The Wild One (1953) and Rebel Without a Cause (1955). Up to the 1960s in America, wearing jeans was banned in many places, including schools, theatres and restaurants, as they were seen as a form of rebellion against conformism; and today ‘no jeans’ can still be found in some dress codes. Nevertheless today, 4.5 billion pairs of jeans are sold every year worldwide, and it comes as no surprise that the great Andy Warhol, with his fascination for mass consumption, wished to die with his blue jeans on.

A Blue Playlist
for the Weekend