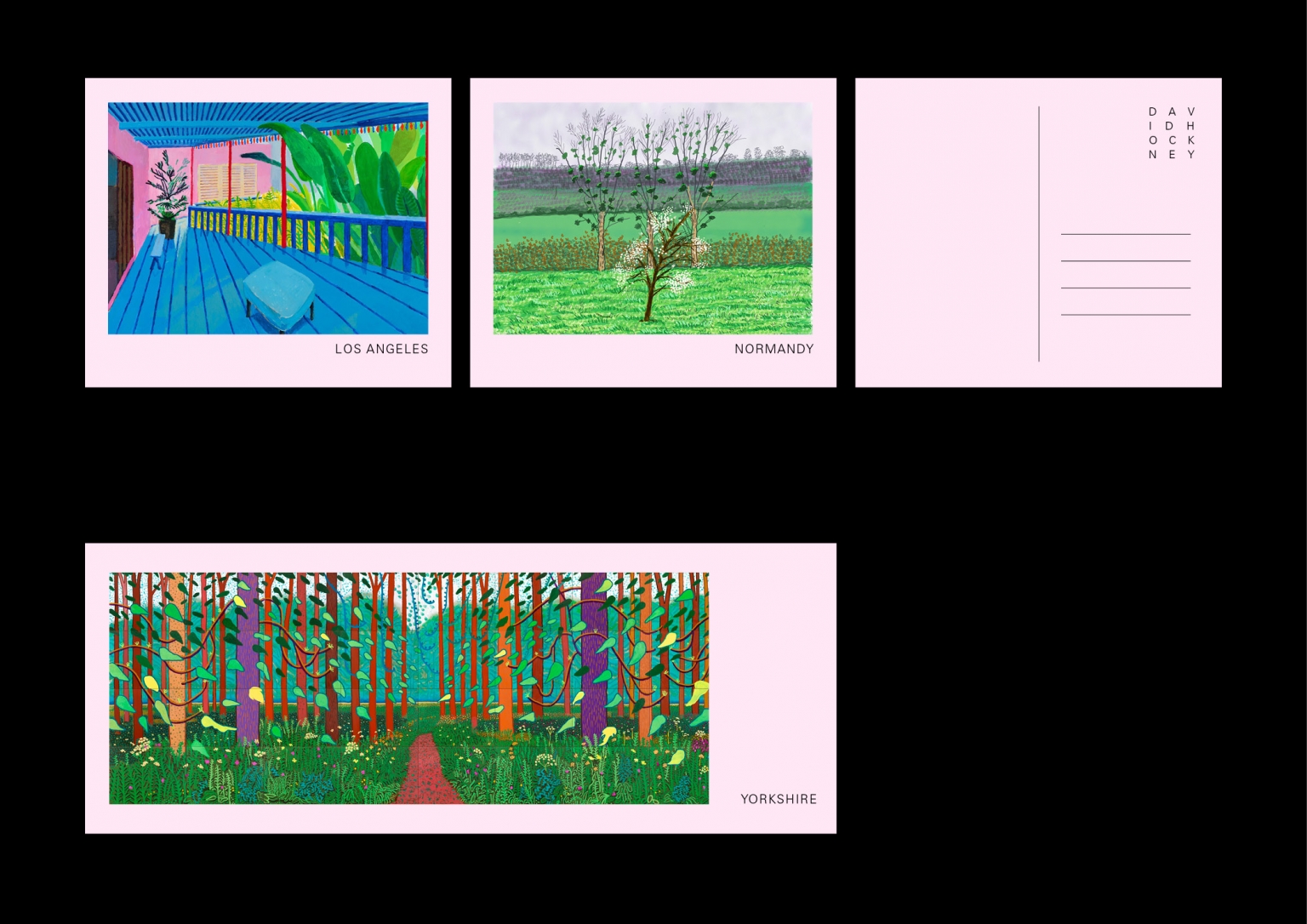 ‘One of the great things about L.A. for me when I first went there was nobody had painted it. Paris had been painted by great artists, Italy, London — but in L.A., you didn’t even know what famous building was there.’

‘I moved back to London just because of Peter, and when we broke up I went to live in Paris. And after that I felt I’d rather be in L.A., that’s the place, that’s where I can work. I had to get a green card again, but I found L.A. a stimulant.’

‘I realized you could [only] paint the landscape, because you can’t photograph the landscape — you can’t get space in it. So I thought, ‘Well my God, I should go paint Yorkshire again.’’

In 1964, the then 27-year-old artist David Hockney moved to Los Angeles, a city whose ubiquitous swimming pools and riotous colours would in many ways come to define the British artist’s work for decades to follow. In the late 1990s, however, he began to return more frequently to his native Yorkshire to visit his mother, and in 1997, following a series of long drives across the Yorkshire Wolds, he turned towards the landscapes of ‘the most beautiful place in the world’ for his art. Throughout the early 2000s Hockney spent an increasing amount of time in Yorkshire, setting up a residence and studio in a converted bed and breakfast in the seaside town of Bridlington; here he drew inspiration from the surrounding countryside for numerous paintings, drawings and video works.

The artist recently relocated again, this time to Normandy, where he bought a home seemingly on a whim, happy to live somewhere where he can indulge his smoking habit. The house is aptly named La Grande Cour, or ‘the big courtyard’, and the grounds, filled with flowers, fruit trees and hawthorn thickets, have proved a rich source of material for Hockney. A recently released series of iPad drawings, completed during the lockdown, depict blooming trees and flowers, each one echoing the artist’s accompanying message of hope: ‘Do remember they can’t cancel the spring.’

David Hockney, The Arrival of Spring in Woldgate, Yorkshire, 2011

ALEKSANDAR DURAVCEVIC
We use cookies on this site to enhance your experience. By continuing to use the site you are consenting to our use of cookies. OkayPrivacy Policy
Scroll to top