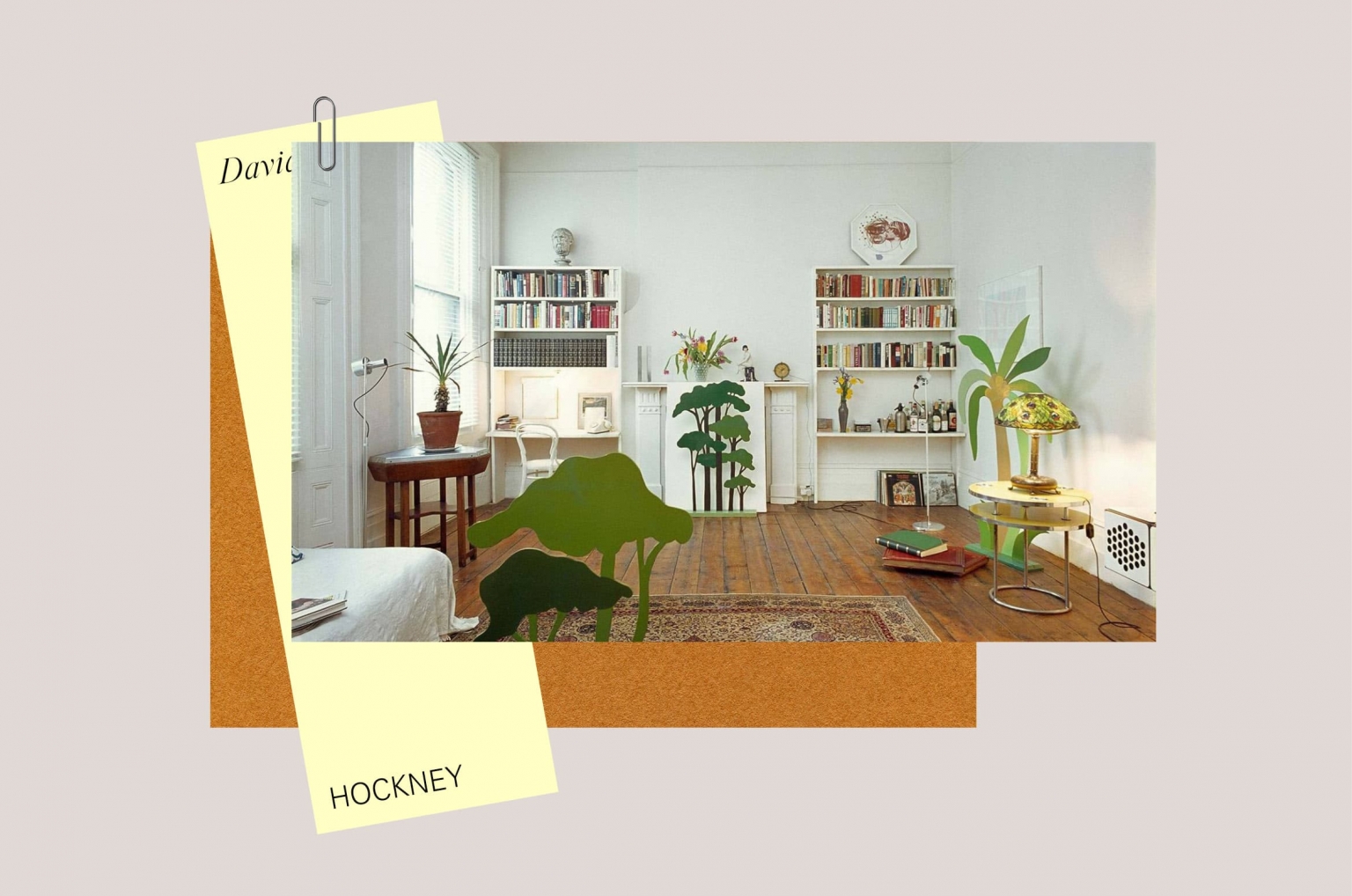 ‘Everyone who comes here likes it. People don’t dare such colours usually.’

David Hockney’s home is like something out of a cartoon or Wes Anderson film: a colourful fantasy filled with an eclectic mix of brightly coloured, quirky objects which encouraged his friends to refer to it as ‘Mont Hysterical’.

Fresh colourful flowers are juxtaposed with hot pink walls, a golden pig sculpture sits on the iconic blue, wooded balcony. One room is filled with humorous children’s’ toys: golden parrots and stuffed lions hanging from the ceiling, positioned to look outwards to the large glass windows which open up to the wild, tropical vegetation. Objects that would appear completely misplaced in another environment somehow find a perfect dimension in his highly unusual working space, gloriously communicating his larger-than-life personality.

One of the only artworks Hockney has collected is a marvellous painting by Pablo Picasso: Artist and Model, 1965, which hangs in his bedroom against dark, wooden furniture. Referring to the painting, Hockney claimed ‘The Picasso is my only picture. Normally the pictures I want are not available. If they would just lend me a Piero della Francesca, a Rembrandt, a Velázquez, for a little while, it would be lovely.’ The Picasso symbolises Hockney’s passion for the great modern master, one who revolutionised the concept of Art – something that only a handful of artists, including Hockney, have proudly achieved.