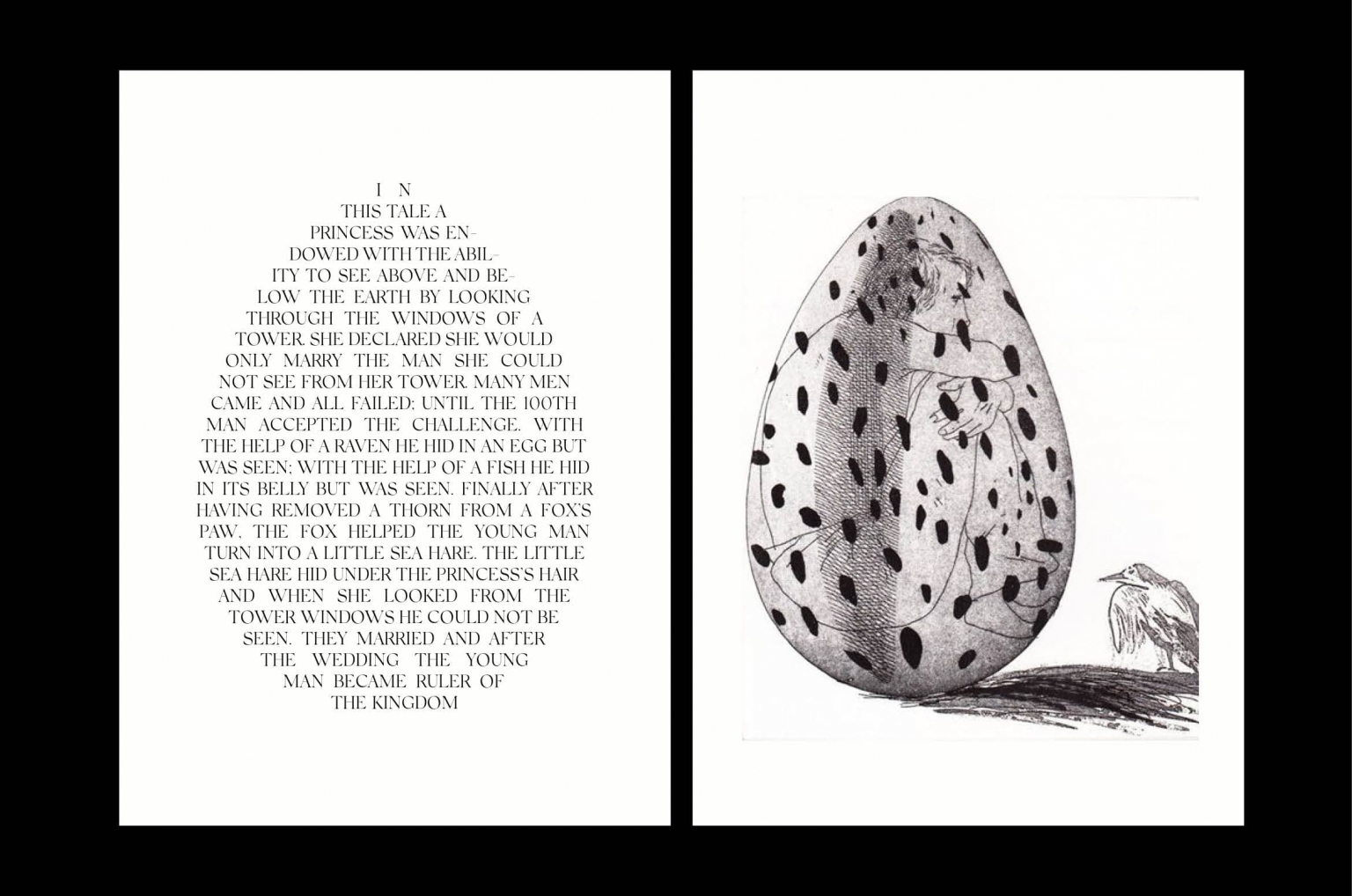 ‘In this tale a princess was endowed with the ability to see above and below the earth by looking through the windows of a tower. She declared she would only marry the man she could not see from her tower. Many men came and all failed; until the 100th man accepted the challenge. With the help of a raven he hid in an egg but was seen; with the help of a fish he hid in its belly but was seen. Finally after having removed a thorn from a fox’s paw, the fox helped the young man turn into a little sea hare. The little sea hare hid under the princess’s hair and when she looked from the tower windows he could not be seen. They married and after the wedding the young man became ruler of the kingdom.’

David Hockney has always loved reading and looking at illustrations, and his homes in London and LA are filled with shelves stacked full of books. Among the many books Hockney’s fascination with fairy tales has prompted him to illustrate is Six Fairy Tales from the Brothers Grimm with Illustrations by David Hockney, a selection of magical Grimms’ tales published in 1969. These illustrations are particularly fascinating and we have the pleasure of exhibiting one work from this series in our current exhibition The Artist’s Room.

The Grimm brothers Jakob and Wilhelm first published their collection of tales in 1812, and it became very popular. The book collects a series of magical tales: stories of princesses searching for love, spells of enchantresses and mysterious ghosts hidden in disguise. Hockney re-read and re-interpreted six tales from the collection according to his own vision of the text, and perhaps inspired by earlier illustrations of the books by Edmund Dulac, and Arthur Rackham. Viewers can appreciate Hockney’s high degree of creativity after reading the text and comparing it to his illustrations. With the example above, ‘The Boy hidden in an egg’, we can appreciate the determination and ingenuity of the boy hiding himself in an egg, hoping to marry his beloved princess.