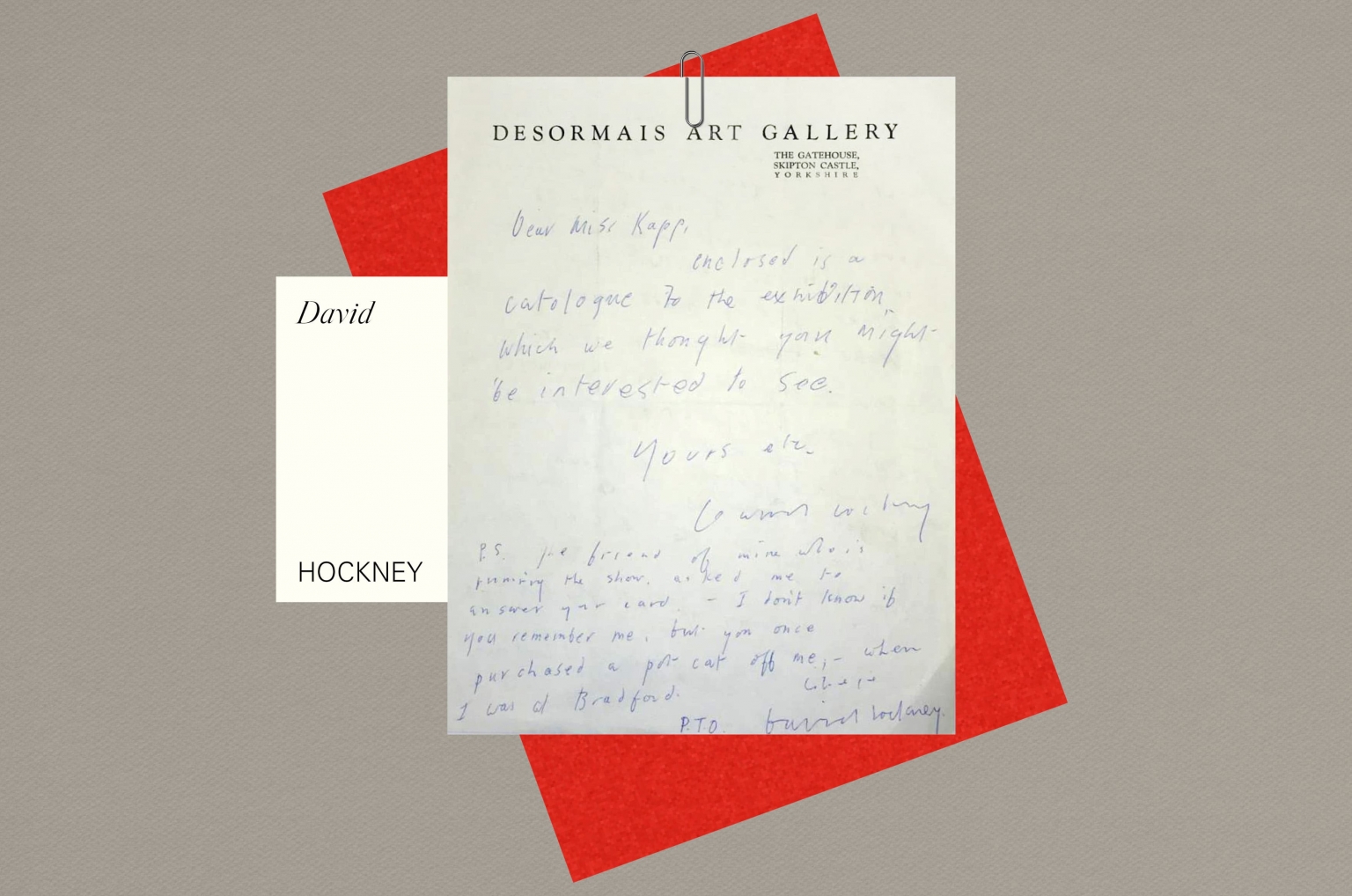 A fascinating letter from 1960 has emerged recently from the archives of the Hepworth Wakefield museum in Yorkshire, written by a young David Hockney. This audacious act of self-promotion sees the 23-year-old adopting the tone of an established artist and confidently inviting Helen Knapp, the then curator of the Wakefield gallery, to come to see his work in an exhibition at Desormais Art Gallery in Skipton, as if they knew each other well. The added bonus is that he has borrowed headed paper from the gallery.

Hockney was at this time a student at the Royal College of Art in London and had banded together with a few friends to put on the show in Skipton. Having previously met the imposing Knapp by chance and sold a ceramic ‘pot cat’ to her, Hockney sends her a catalogue and suggests she should see the show. He ‘clean forgot’, he adds, that he had promised to make another cat for her brother.

‘I am afraid I have no more left and as I was to trying to cast another my rather badly made mould broke in pieces, so I cannot make any more,’ he concludes.

Sadly Helen Knapp politely declines the invitation, calling him David Hackney by mistake. She has, she says, no car and a bus journey over to Skipton would take too long.

He has lost none of this confidence and belief in sharing thoughts through his letters and art, as quoted a few years ago: ‘I love my work. And I think the work has love, actually … I love life. I write it at the end of letters – “Love life, David Hockney”.’ During these times of self-isolation he has shared works he has made with the world, to bring a message of hope, one poignantly titled Do remember they can’t cancel the spring