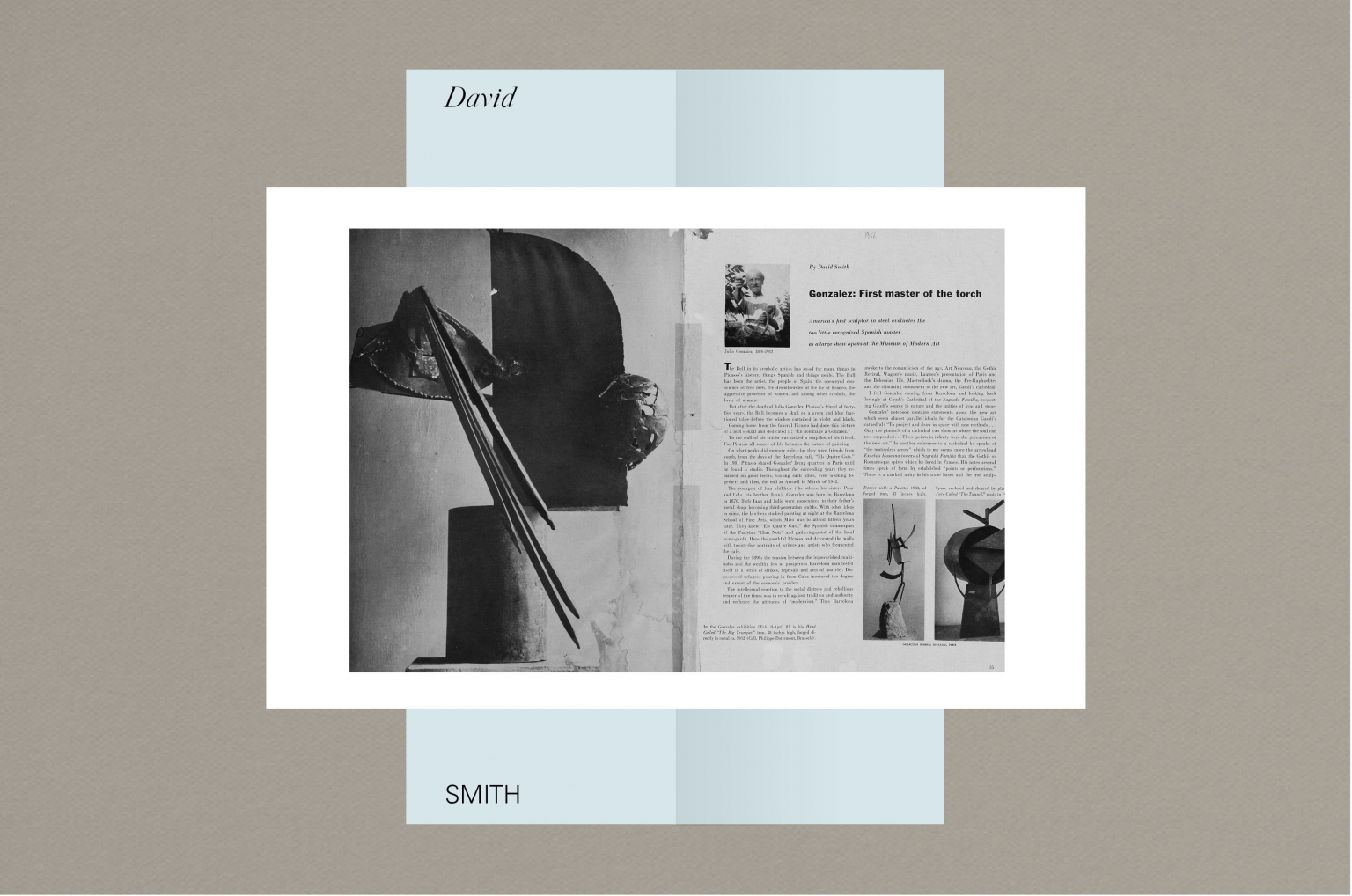 When the young American artist, David Smith (1909-1965), first saw images of Julio González’s (1876-1942) groundbreaking sculptures, he immediately grasped their potential. The start of 1956 saw a retrospective of Julio González’s works at MoMA in New York, which led Smith to write his now frequently cited, moving article in which he described González as a pioneer of sculpture in iron.

Smith produced a diverse, monumental body of work that, like the work of younger sculptors who followed, such as Eduardo Chillida and Anthony Caro, explored and expanded into new territories that can be traced back to González’s momentous innovation.

‘I feel González coming from Barcelona and looking back lovingly at Gaudí’s cathedral of the Sagrada Familia, respecting Gaudí’s source in nature and the unities of iron and stone.

González’s notebook contains statements about the new art which seem almost parallel ideals for the Catalonian Gaudí’s cathedral: “To project and draw in space with new methods… Only the pinnacle of a cathedral can show us where the soul can rest suspended… These points in infinity were the precursors of the new art.” In another reference to a cathedral he speaks of “the motionless arrow” which to me seems more the arrowhead Excelsis Hosanna towers of Sagrada Familia  than the Gothic or Romanesque spires which he loved in France. His notes several times speak of form by established “points or perforations.” There is a marked unity in his stone bases and the iron sculpture, a sensitive feeling for material and proportion. I feel the kinship with Gaudí’s stone angels, their iron trumpets and iron arm supports, in the feeling of flying form and unorthodox balance. Work by the González shop may even be in the cathedral. I can find no verification for this, but José de Creeft, who worked on it as a plasterer’s helper at the age of twelve, says that every craftsman in Barcelona did.

When a man is trained in metal-working and has pursued it as labor with the ideal of art represented by oil painting, it is very difficult to conceive that what has been labor and livelihood is the same means by which art can be made. (Perhaps I am basing this more on sympathy than fact in González’s case, because it is a reconstruction of my own experience. Before I had painted very long I ran across reproductions in Cahiers d’Art of González’s and Picasso’s work which brought my consciousness to this fact that art could be made of iron. But ironworking was labor, when I thought art was oil paint.)’