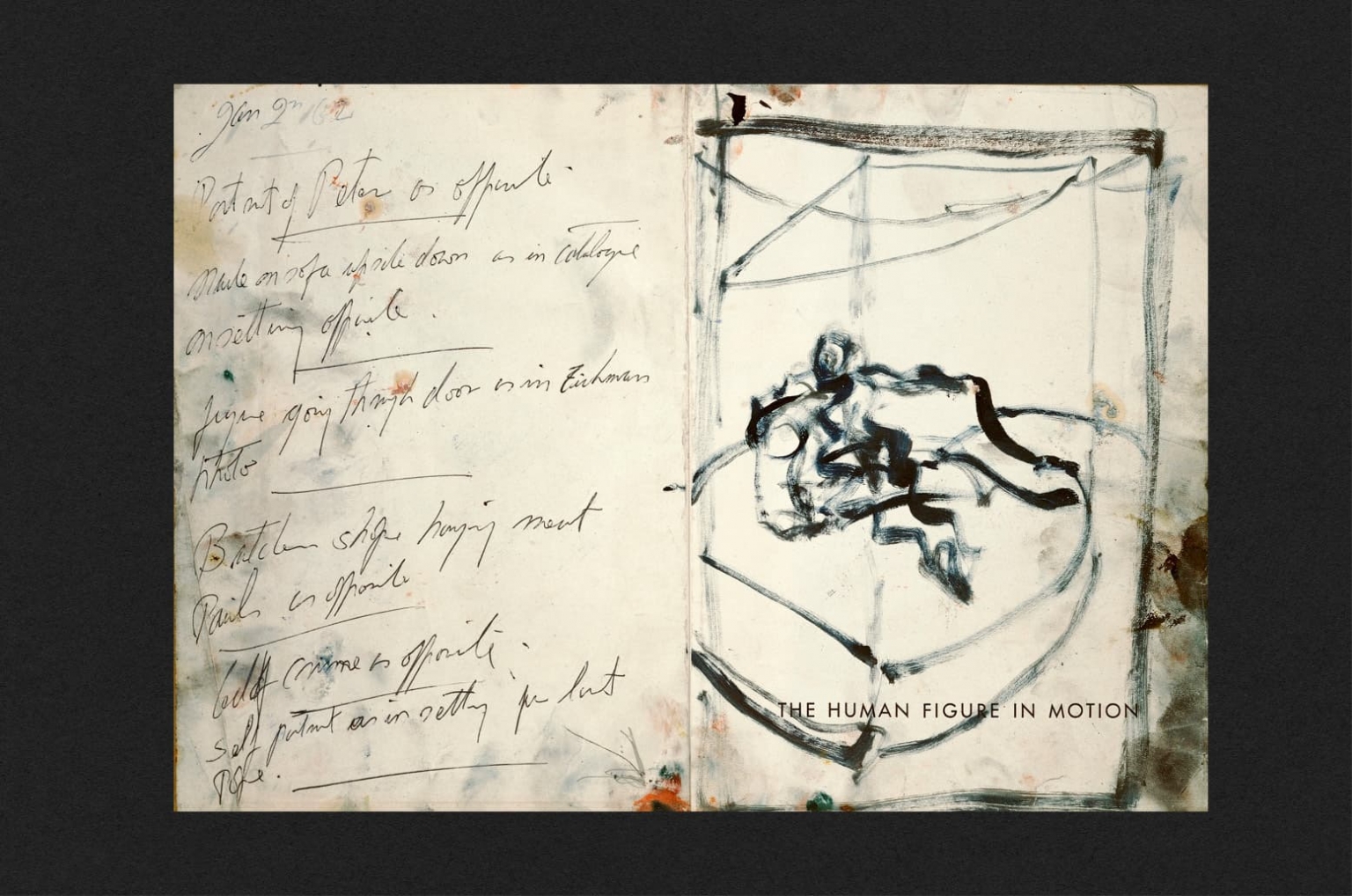 ‘There is a great story PB [Peter Beard] told me about how Francis gave him the drawing: PB was with Bacon in his studio one day and Bacon said he had heard an interesting definition of existentialism (zen). If a man draws a bucket of water from a river, the river stays the same. At that moment, Peter looked down at the ‘garbage heap’ in Bacon’s studio and espied the Muybridge page with the sketch and said, “Well this is the most existentialist (zen) object I have seen” – and Bacon gave it to him.’

Francis Bacon, Eadweard Muybridge, The Human Figure in Motion, 1965 ed. With list of ideas for painting dated 2 January 1962 and a sketch in oils of a figure on a couch on half-title page (The Wrestlers)