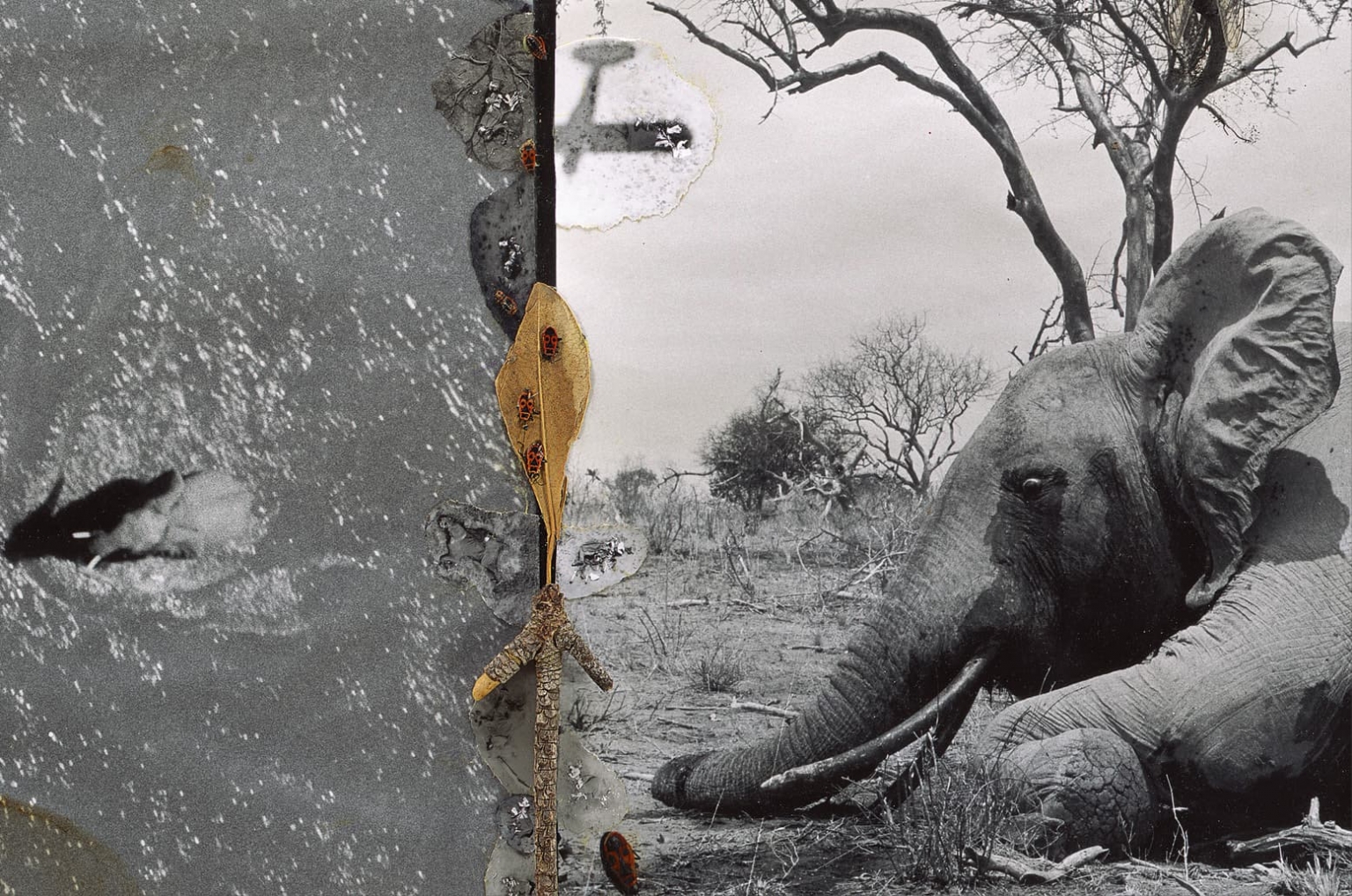 ‘Thousands of years ago, when waved green and cool the mighty leaves whose impress is now and then found in coal, fathoms below the earth’s present surface; when indeed what now are grim coal fields, the lurking places of Darkness that may be felt, and of deadly gases hungering for flame, were broad forests, mellow and blooming, the elephant was common all over the world…” [from James Greenwood, 1864 Wild Sports of the World] and Chapter Three of The End of the Game / Peter Beard P.O. Box 4191 Nairobi, Kenya, E. A.’ (inscribed by Peter Beard, lower centre)

‘From The Wasteland: “After the torchlight red on sweaty faces / After the frosty silence in the gardens / After the agony in stony places / The shouting and the crying…He who was living is now dead / We who were living are now dying/ with a little patience/ Here is no water but only rock / Rock and no water and the sandy road/ The road winding above among the mountains…mountains of rock without water/ If there were water we should stop and drink / Amongst the rock one cannot stop or think… /  If there were only water amongst the rock… / But red sullen faces sneer and snarl/ From doors of mudcracked houses/ If there were water and no rock/And also water / And water / A spring / a pool amongst the rock; If there were the sound of water only / Not the cicada…And dry grass singing.” T.S. Eliot / June 1955 Queen Mary / P.B.’ (inscribed by Peter Beard, left edge) 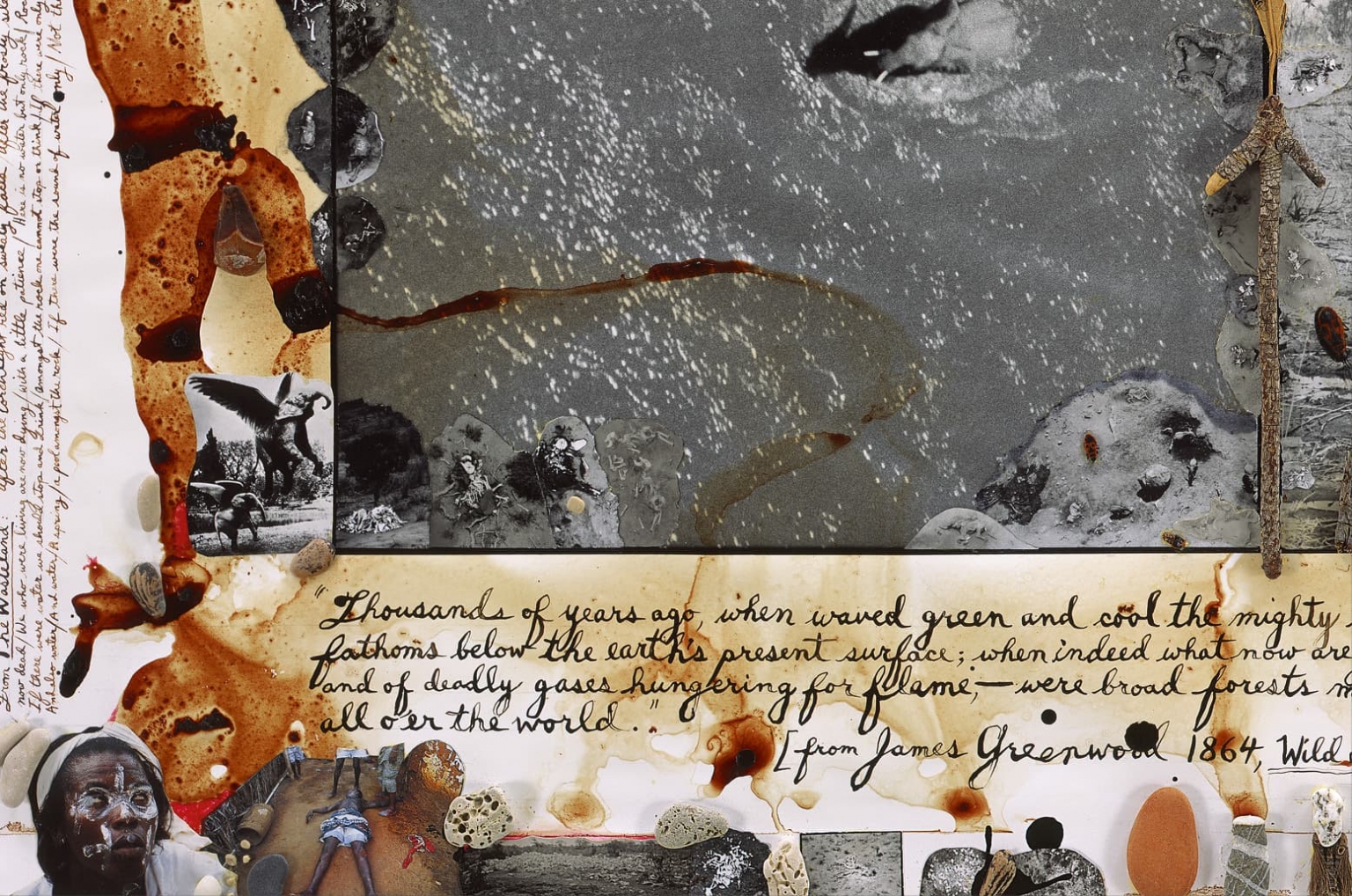 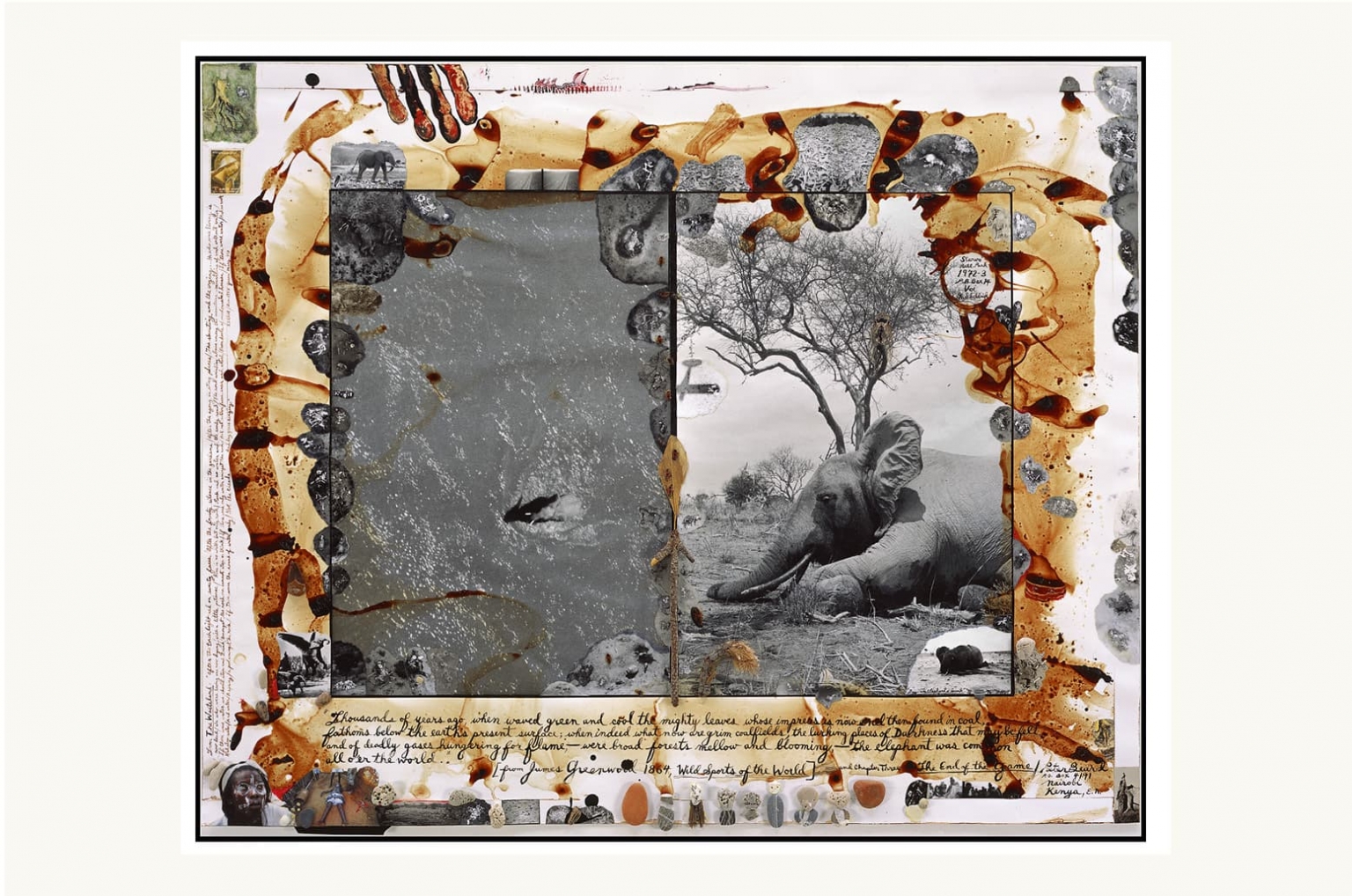