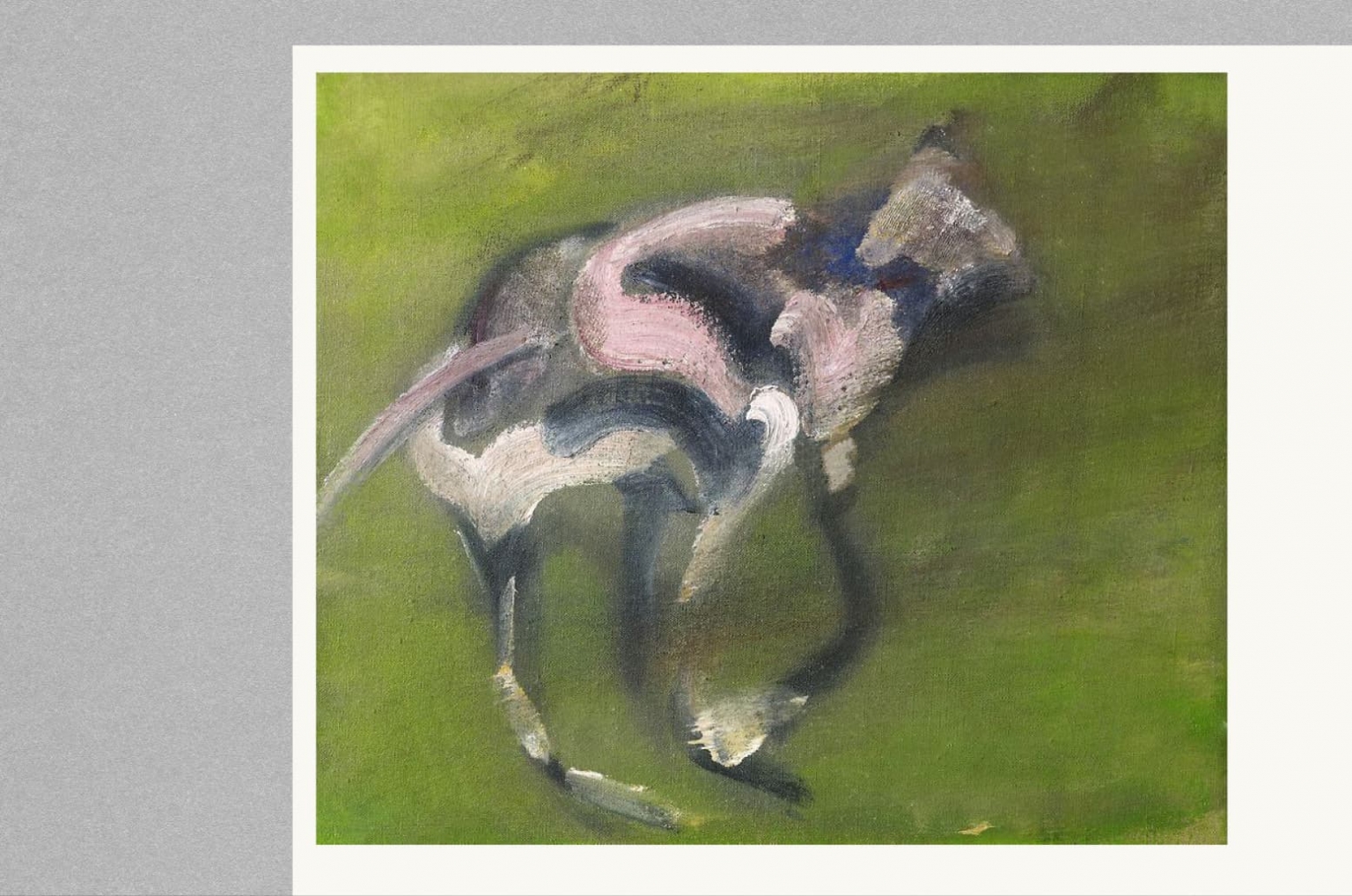 ‘A group of paintings that were removed by builders from Bacon’s studio in May or June 1978 [suggest] that Bacon may have been working on two paintings, both Untitled, c. 1967, inspired by one of Peter Beard’s photographs. Three paintings of animals were sold in 2007 and are among the very few in Bacon’s oeuvre painted in landscape format. All the works have green backgrounds and appear unfinished. Bacon’s painting is so sketchy that it is difficult to identify the species of animal. It seems that Bacon has sourced the rump and legs of the animal from the central frame of a strip of photographs by Peter Beard. Beard has identified the photograph as being by him and it shows the boxer dog of his friend and travelling companion, Willie du Pont, with a muskrat in its mouth. Bacon has indicated the legs in a very basic painted outline suggesting that these were the first ‘sketches’ of the subject, however, the position of the legs and the depth of colour seem close to Beard’s photograph. Bacon clearly abandoned the painting at an early stage but did not discard it (Bacon was of course famous for destroying canvases he did not like). Bacon’s handling of the second dog is more decisive: he has followed the unusual angle, blurred motion and lighting on the musculature of the dog in Beard’s photograph but added a tail to balance the composition.’ 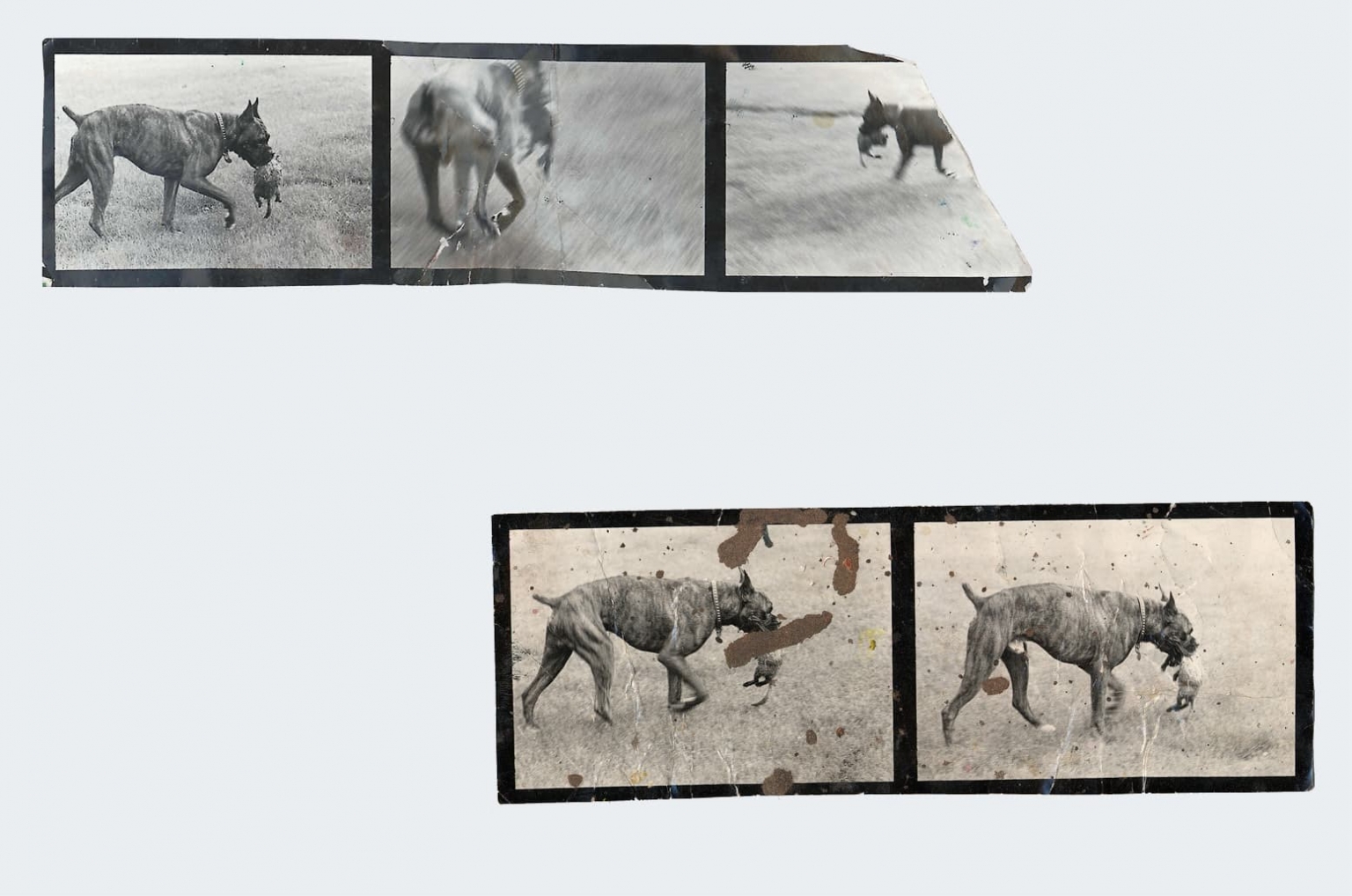 Francis Bacon, Untitled, c. 1967
Peter Beard, detail of contact sheet with three photographs of a boxer dog with a muskrat in its mouth