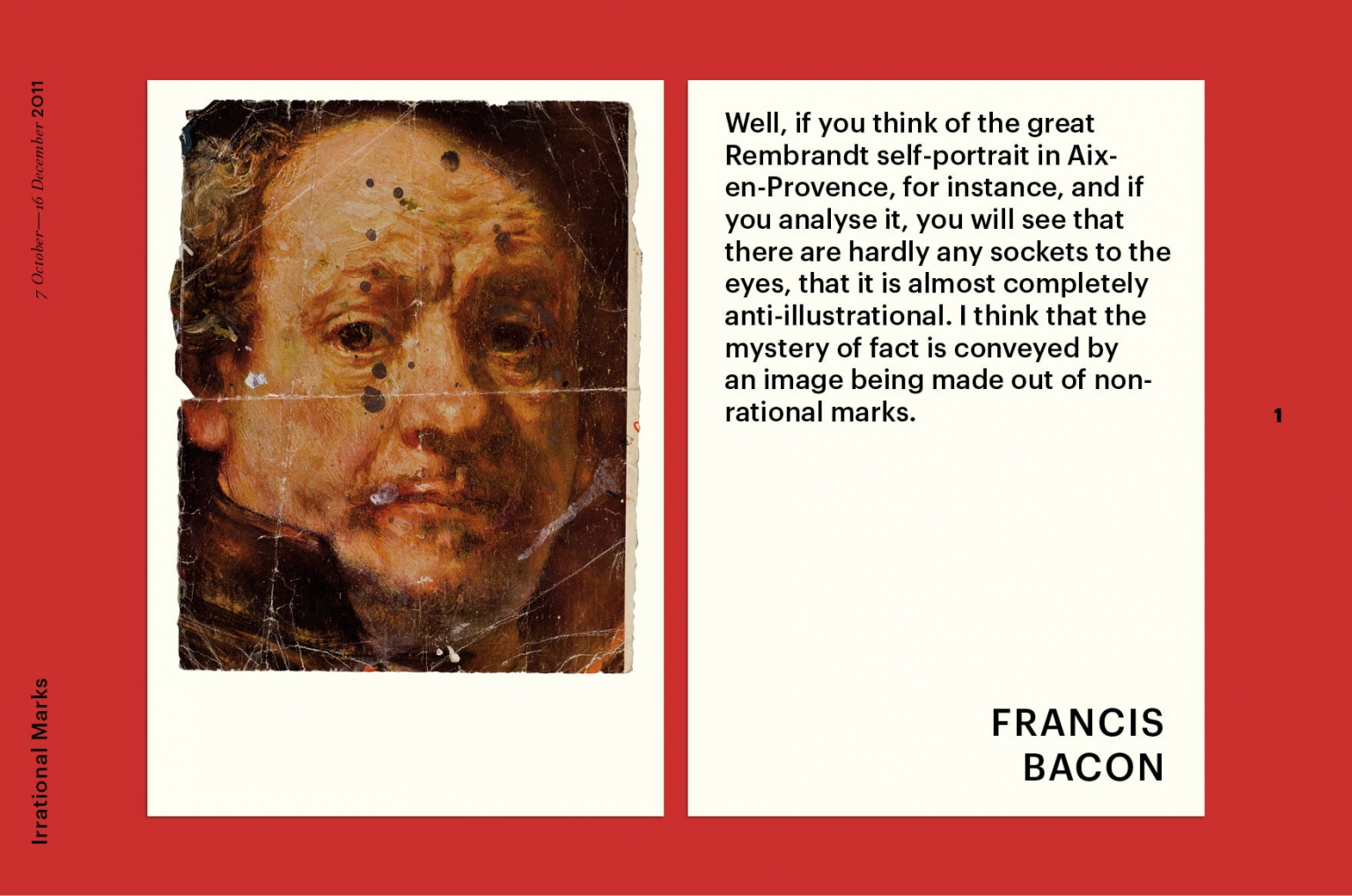 Irrational Marks: Bacon and Rembrandt was our inaugural exhibition, and the first devoted to exploring the connections and influences of Rembrandt’s late self-portraits on Francis Bacon’s own self-portraits. Bacon considered Rembrandt’s self- portraits the artist’s greatest works. He spoke in depth about Rembrandt’s Self-Portrait with Beret in the Musée Granet in Aix-en-Provence, which he often visited, yet his creative dialogue with Rembrandt’s art has been, until now, largely overlooked.

Bacon kept a number of documents and source images relating to Rembrandt’s work in his studio. They were clearly working documents and no doubt provided him with inspiration. Some of them, covered in paint and in many cases folded, were on display. It was one of these images, Irving Penn’s 1962 photograph of Francis Bacon in his studio with a pinned-up, paint-spattered image of the Rembrandt he most admired in the background, that planted the seed for this exhibition.

In 2006 Pilar Ordovas handled the estate of Valerie Beston, the owner of that photograph and the person who looked after Francis Bacon at Marlborough Gallery for most of his career. It was then that Ordovas envisioned this exhibition, the first in her own gallery. The exhibition was accompanied by a fully illustrated catalogue with essays by Martin Harrison and Taco Dibbits. As well as Rembrandt’s Self-Portrait with Beret, from circa 1659, the exhibition included rarely seen Francis Bacon self-portraits from private collections, Irving Penn’s Francis Bacon from 1962, and all the material relating to Rembrandt from Bacon’s studio in South Kensington. 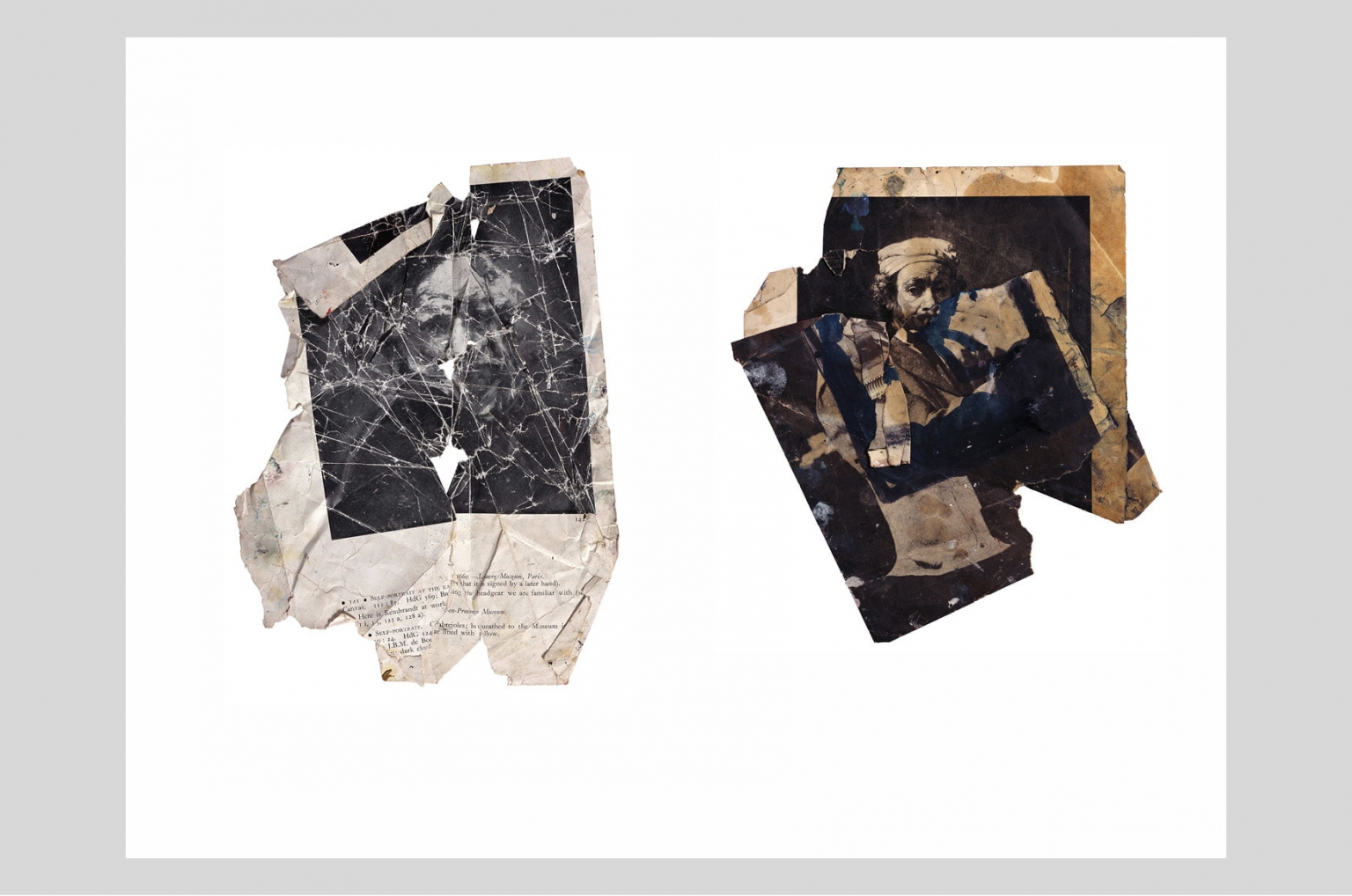