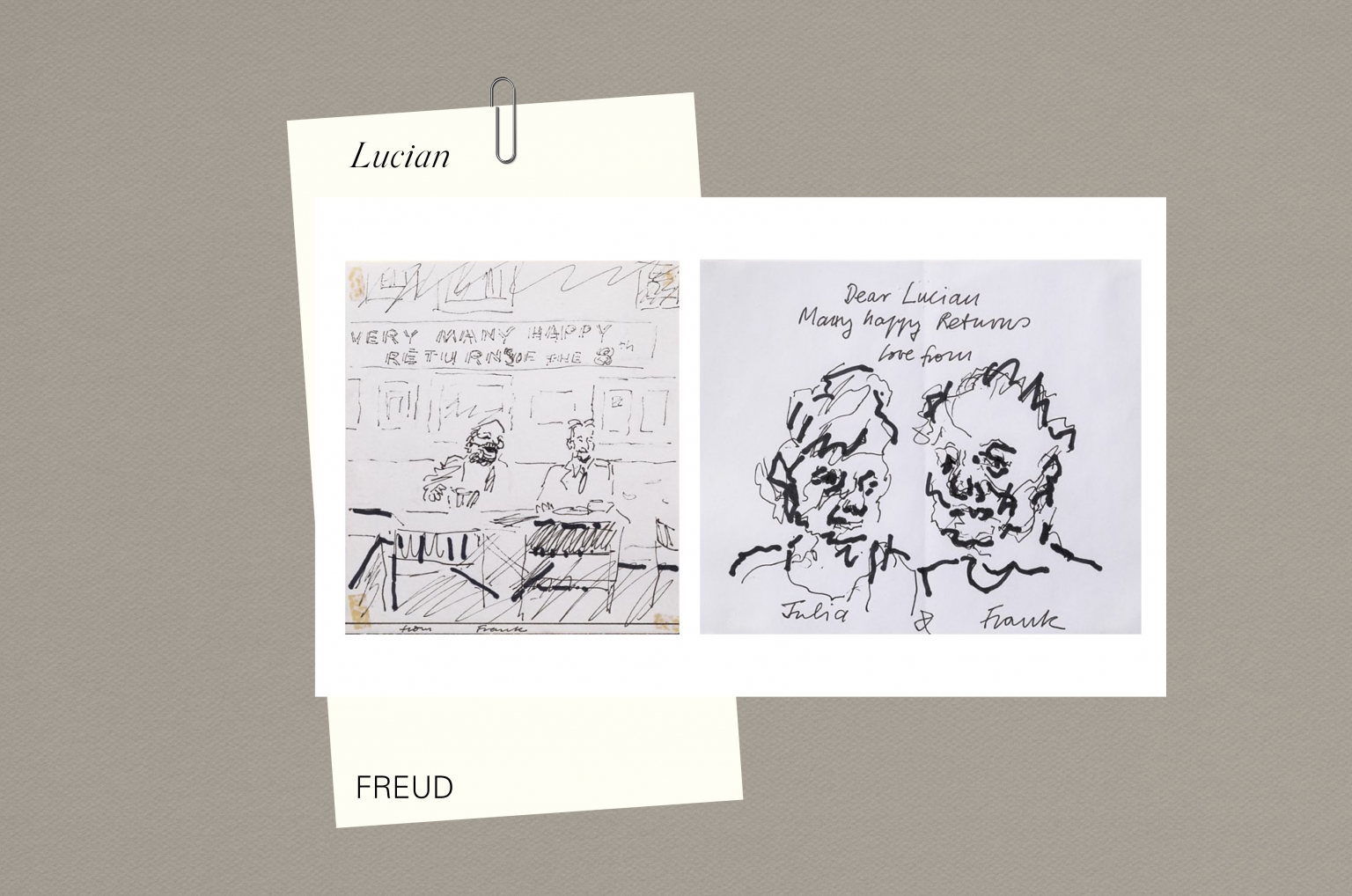 After meeting in the post-war years at an exhibition of Frank Auerbach’s work, Lucian Freud and Auerbach embarked on a friendship that lasted until Freud’s death in 2011.

As a painting neared completion, Freud would ask Auerbach to come round and have a look at it and would also consult him on the hang of an exhibition. David Dawson, assistant to Freud for the last twenty years of his life, spoke of their friendship: ‘They were amazing together, Lucian and Frank – the great intellects of art history with all that great knowledge inside them. The level they pitched on was very high and always very witty. There was always so much depth behind what they were actually talking about. They were brilliant.’[1]

Freud amassed the most significant private collection of paintings and drawings by Auerbach during his lifetime and these were subsequently donated to the nation after his death. Included in this collection were some intimate relics of their friendship – a group of five sketches, including hand-drawn birthday cards from Auerbach, treasured by Freud. One is a crazed sketch of Rubens’s fleshy painting Samson and Delilahin the National Gallery while another portrays a tiny Freud gazing entranced at an immense nude – a caricature of Freud’s Benefits Supervisor Sleeping. Another shows a sketch of a photo taken in 2002 of the two artists sitting together having breakfast at the Cock Tavern, Smithfield.