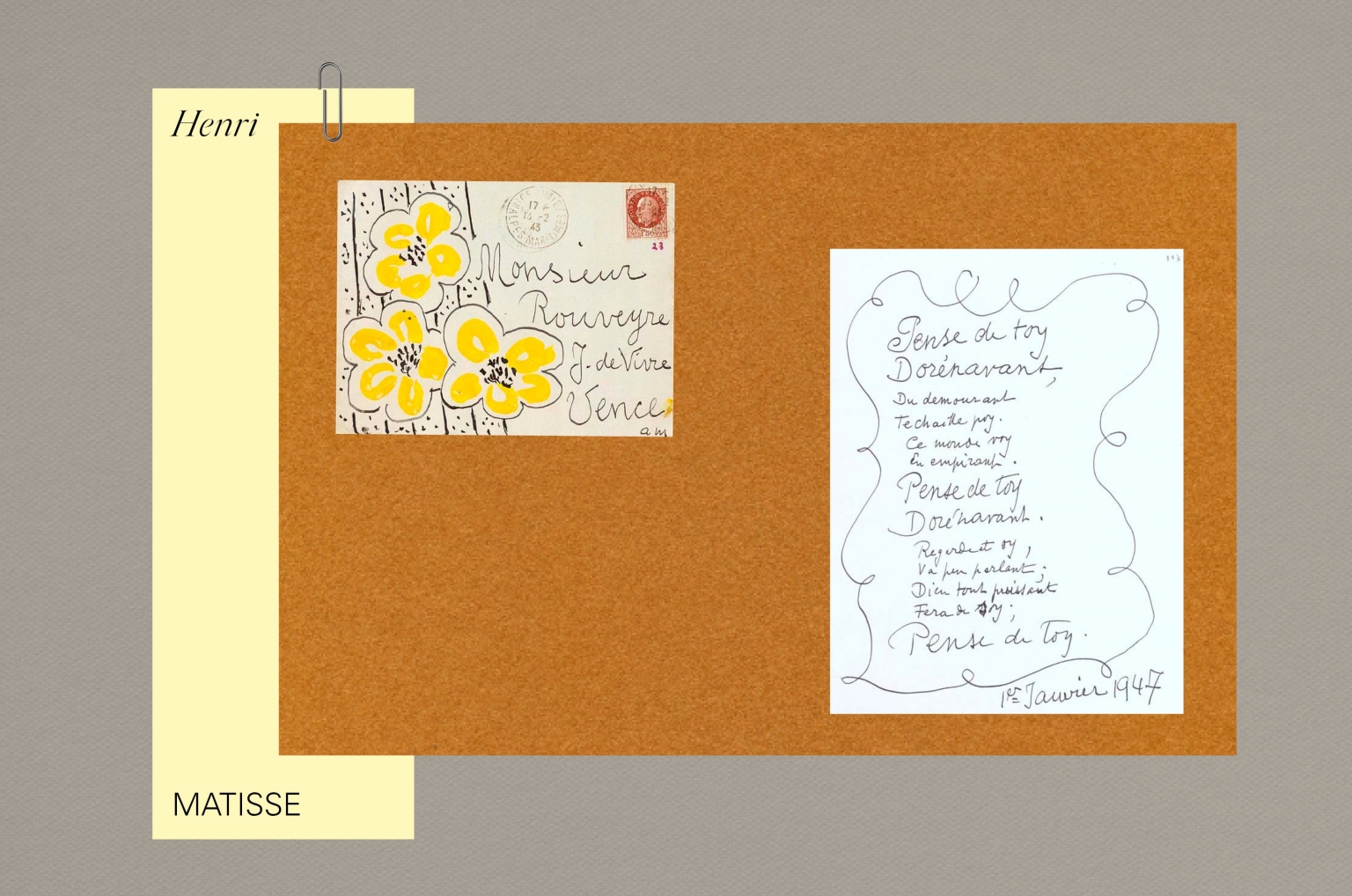 ‘The walls of my bedroom are covered with cut-outs, I still don’t know what I’ll do with them.’

The enlightening correspondence between Henri Matisse and the author and graphic artist André Rouveyre tracks the course of their significant friendship.

Matisse and Rouveyre had met as students at the École des Beaux-Arts in Paris towards the end of the nineteenth century, however their close friendship developed in the 1940s after Matisse became chair-and-bedbound after surgery for abdominal cancer.

Until Matisse’s death in 1954, the two men wrote to each other daily, sometimes several times a day – Matisse would send an abundance of letters adorned with drawings, sketches and decorated envelopes. Rouveyre would serve as Matisse’s sounding board; the artist once sent him twenty-one pen-and-ink drawings of trees, with an accompanying letter explaining the experiment. ‘I am told that Chinese teachers taught their students that when you want to draw a tree, feel as if you were climbing it when you start at the bottom’, he wrote.

The letters (numbering more than 1,200) carry an intimacy and irresistible humour. They speak of the events of everyday life and Matisse’s work, and provide us with a unique insight into his creative process and his thoughts at a time when painting and sculpting had become a physical challenge and he was redefining his modes of expression and turning to a new medium of working in his paper cut-outs.