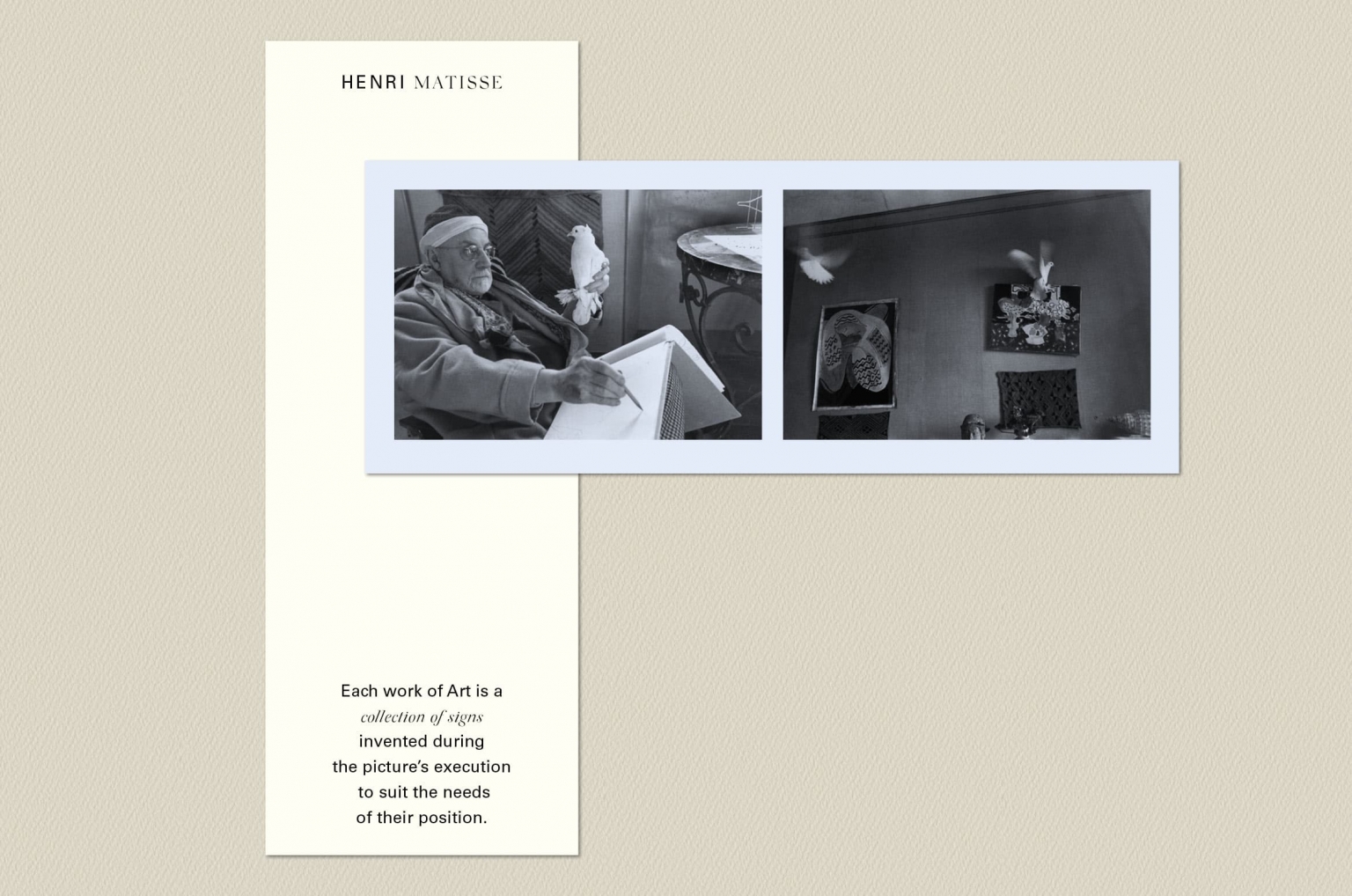 In his final years Matisse famously found his home and studio in the French ‘Villa Le Rêve’ –  ‘Villa of dreams’. Contemporary visitors recall the space being dark, yet filled with an extraordinary collection of objects. Picasso’s lover, Françoise Gilot remembered, ‘As our eyes accommodated to the darkness, the objects gradually emerged from the shadows’… and it was then that the journey into the magical working space began…

Large, exotic seashells emerging from shelves, books everywhere, fresh flowers precariously positioned on the fireplace, an old wooden slowly rocking chair on a brightly coloured carpet. Complex objects collected and juxtaposed: exotic carpets from remote regions of Africa hanging against European Baroque furniture. There was a sculpture from West Africa near a curious stone head carved in Medieval France. This eclectic mix of objects revealed Matisse’s varied visual interests and can be viewed as a ‘collection of signs’ reproduced in his paintings.

One of the most interesting things Matisse collected were his birds: elegant white doves, which famously captivated the attention of the French photographer Henri Cartier Bresson, prompting him to obsessively photograph Matisse’s working space. These elegant, sweet animals would fly freely in his studio; they would sit on his lap while he sketched them, inspiring works like his iconic late bird cut-outs. What is even more curious is that there were also several cats in Villa Le Rêve who coexisted with the birds – indeed it must have been an otherworldly, surreal environment and, certainly, a peaceful one.

Looking at Bresson’s photographs, one has a sense of how all these objects the old artist collected became his true companions in his final years, transforming the space into a retreat of happiness, isolation and artistic inspiration.