I
is for
IKB 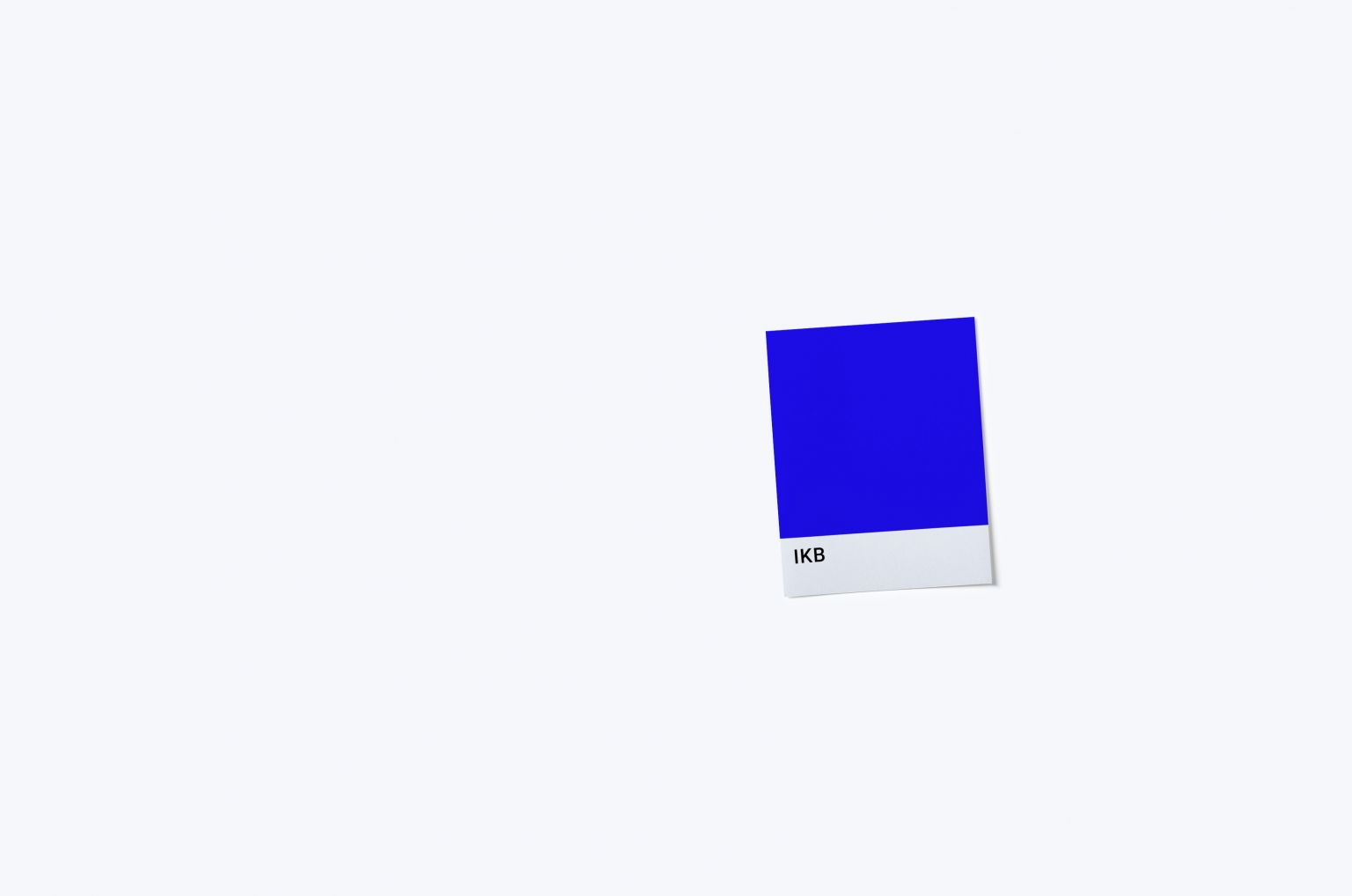 “Blue has no dimensions, it is beyond dimensions.”

Yves Klein’s first attempt to capture the infinity of blue can be traced back to one hot, sunny summer day in 1947. While lazing on the beach in Nice with his friends Arman and Claude Pascal, Klein gazed up at the sky and declared “I have written my name on the far side of the sky”. He was 19 and the blue sky had just become his very first artwork. For the following seven years, Klein experimented with the concept of monochrome painting like no artist before him. In 1955, he submitted an orange monochrome canvas to the Salon des Réalités Nouvelles in Paris, which was rejected by the selection committee who advised him that “a second colour, a point, or a line might improve the painting”. But Klein remained undaunted in his belief that pure colour represented something in itself.

That same year, more determined than ever, Klein went to the art paint supplier Edouard Adam in search of the perfect blue. Based in Montparnasse, Paris, Adam’s family business had famously been providing colour to some of the greatest artists of the twentieth century (Picasso, Léger, Chagall, Dali and Ernst were all clients). When Adam showed Klein his range of blues, two had his preference: Prussian Blue and ultramarine. As soon as Adam poured the powdered pigments on a sheet of white paper, next to each other, Klein chose ultramarine. For him, there was no contest: while Prussian Blue is sombre and solemn, ultramarine simply glows. The challenge then would be to translate the luminous colour into paint that would respect the original appearance of the pigment. But there was a problem: when Adam mixed it with the traditional binder, rabbit-skin glue, every single grain of colour seemed to lose its magic.

It took nearly a year of experiments to develop a paint formula that would help fulfil the artist’s demand. In 1956, Adam came across a new chemical product marketed at that period under the name of “Rhodopas”, a synthetic resin normally employed as a fixative. The result was the invention of a matte, unreflecting paint that engendered a visual sensation of complete immersion in the colour. Klein was enraptured and the pair became friends. In 1960, to ensure that what he called the “authenticity of the pure idea” would remain uncorrupted in future times, Klein patented the formula under the name International Klein Blue (IKB) and went on to apply his much-loved new colour to pretty much everything, from canvases to sculptures, sponges, globes and even women for his Anthropométrie series.

J
is for
Derek Jarman
Scroll to top