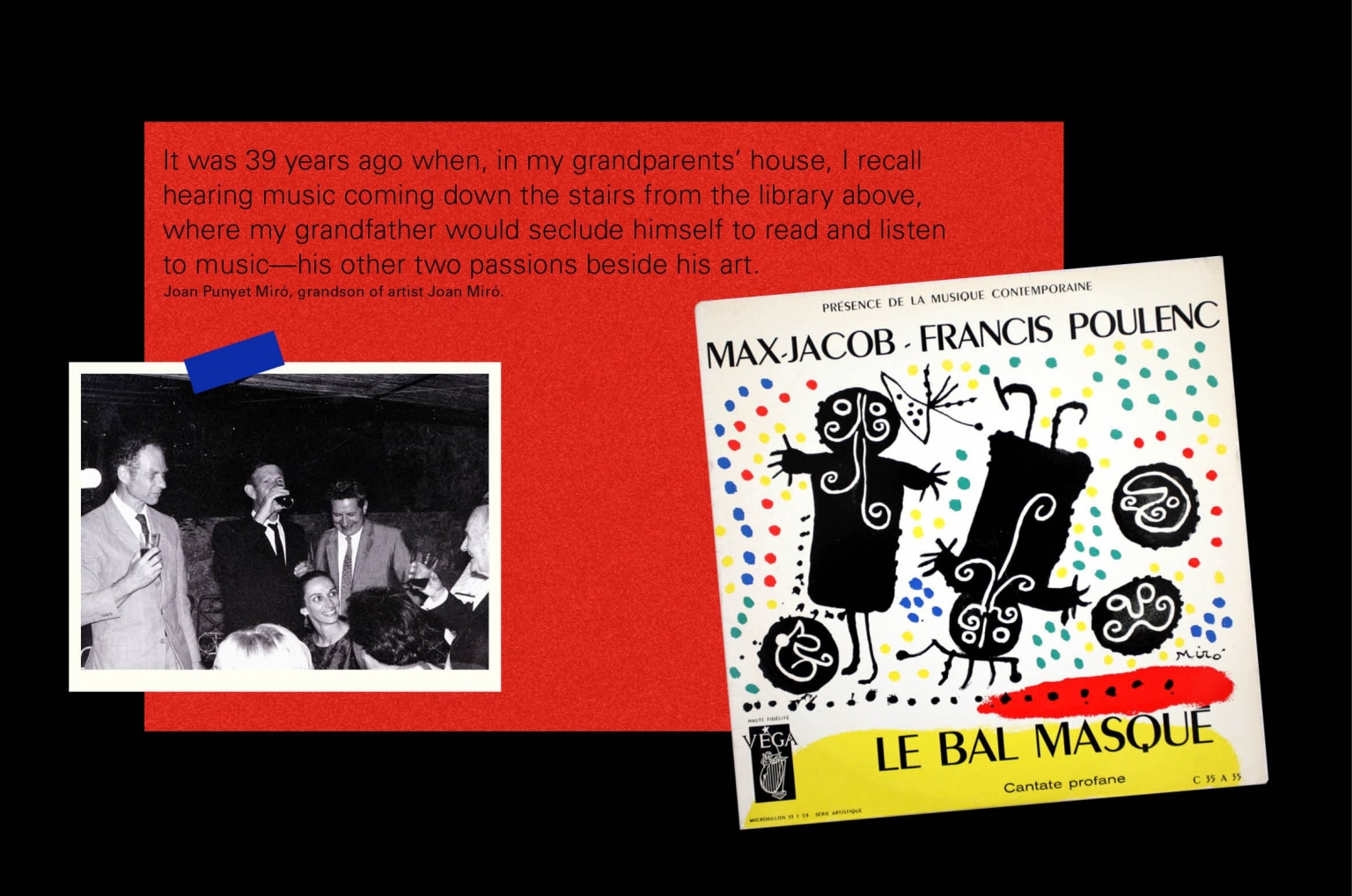 ‘It was 39 years ago when, in my grandparents’ house, I recall hearing music coming down the stairs from the library above, where my grandfather would seclude himself to read and listen to music—his other two passions beside his art.’

During the 1960s one could spot Miró ‘hanging out’ with the greatest musicians of the time, including Merce Cunningham, John Cage and Francis Miroglio. He could often be found at the Nuits de la Fondation Maeght in Saint-Paul de Vence surrounded by musicians and enjoying one of his favourite things in life: music. Music has always been a driving force behind his works: indeed, his curved, biomorphic forms possess a harmony of their own.

Miró’s musical interests ranged from avant-garde, flamenco and classical, encompassing Bach and Mozart, to Asian and African contemporary music. Miró’s definition of music was broad – he did not limit himself to conventional songs; in fact, his record collection included recordings of animals such as birds and insects – to him, pure expressions of musical sound. Miró also designed an extraordinary collection of record covers including the cover Le bal masqué (The Masked Ball) for the Ballets Russes de Monte-Carlo (1957). Miró also designed sets and costumes for Ballets Russes working closely with celebrated artists like Max Ernst. What is so interesting about these designs is that viewers can recognise Miró’s unique signature style used in this unexpected, usual context.

If you are interested in the subject, Joan Punyet Miró’s book Miró and Music is a great read.

JOSÉ ANTONIO SUÁREZ LONDOÑO
We use cookies on this site to enhance your experience. By continuing to use the site you are consenting to our use of cookies. OkayPrivacy Policy
Scroll to top