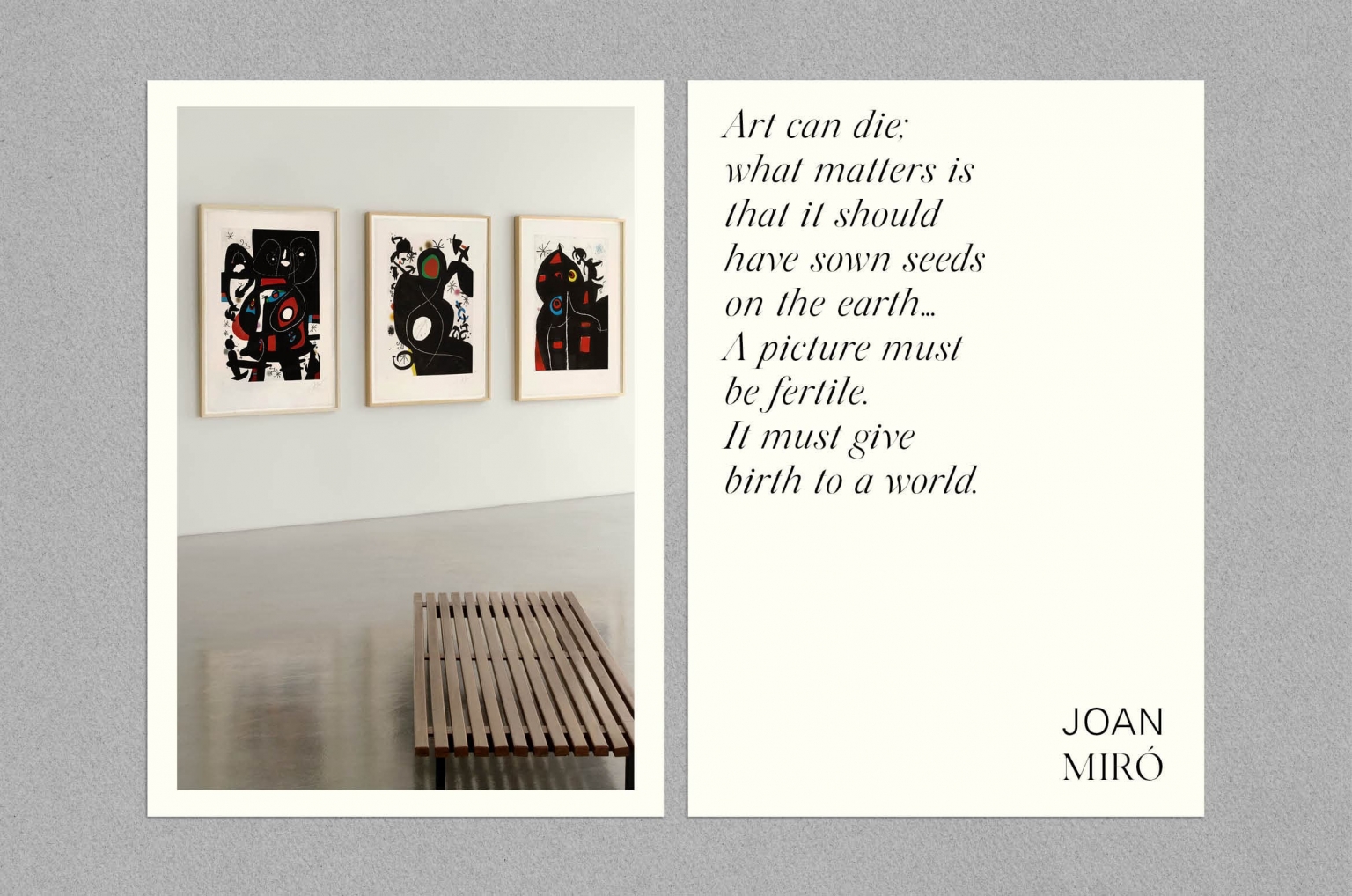 “I begin my pictures under the effect of a shock that makes me escape from reality. The cause of this shock may be a tiny thread sticking out of the canvas, a falling drop of water, or a print made by my finger on the shining surface of a table. In any case I need a point of departure, even if only a speck of dust or flash of light. This form produces a series of things, one giving birth to another. And so a single thread can set a world in motion. I come to a world from something considered dead. And when I give it a title, it becomes even more alive.”

“It doesn’t worry me if a canvas remains in progress for years in my studio. On the contrary, when I’m rich in canvases that have a point of departure vital enough to set off a series of rhythms, a new life, new living things, I’m happy. I think of my studio as a kitchen garden. Here, there are artichokes. There, potatoes. Leaves must be cut so the fruit can grow. At the right moment, I must prune. I work like a gardener or a winemaker. Things come slowly. My vocabulary of forms, for example – I didn’t discover it all at once. It formed itself almost in spite of me. Things follow their natural course. They grow, they ripen. I must graft. I must water, as with lettuce. Ripening goes on in my mind. So I’m always working at a great many things at the same time.”

“More than the picture itself, what counts is what it throws into the air, what it exhales. It doesn’t matter if the image is destroyed. Art can die; what matters is that it scatters seeds on the ground. I liked surrealism because the surrealists didn’t consider painting as an end. With a painting, in fact, we shouldn’t care whether it remains as it is, but rather whether it sets the germs of growth, whether it sows seeds from which other things will spring. A picture must be fertile. It must give birth to a world.”

In November 1958, the French artist, author, and art critic Yvon Taillandier sat down with the Spanish artist Joan Miró to discuss the artist’s creative process and artistic philosophy. The result was Miró: I Work Like a Gardener, originally published in 1964 in both French and English as a limited edition of 75 copies. Though long out of print, it remains a treasured resource as the most comprehensive record of Miró’s ideas on art, and was presented in a new English translation by Princeton Architectural Press in 2017 with a foreword by preeminent Miró scholar Robert Lubar.