K
is for
Joseph Kosuth 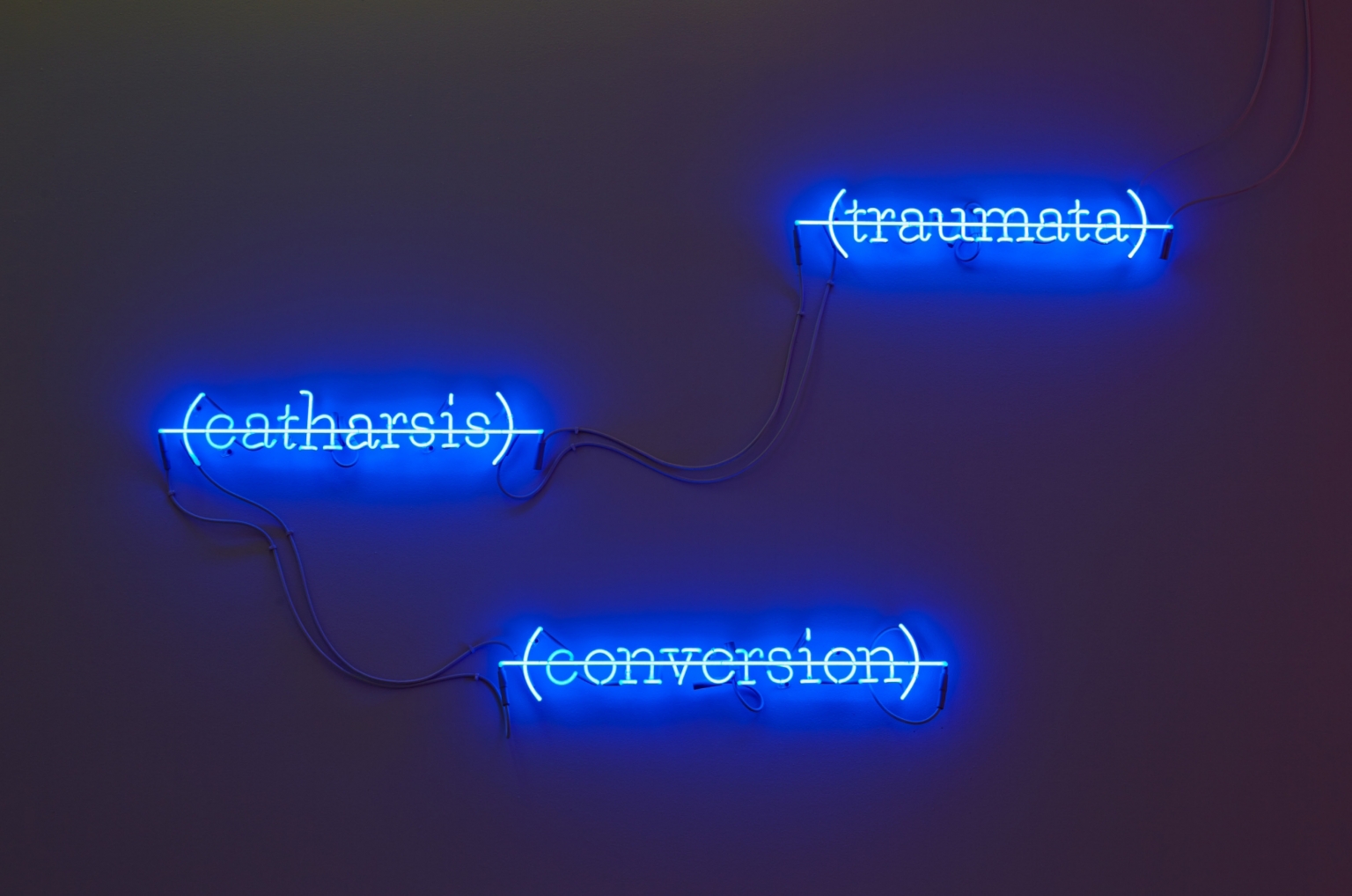 276. But don’t we at least mean something quite definite when we look at a colour and name our colour impression? It is as if we detached the colour impression from the object, like a membrane. (This ought to arouse our suspicions.)

In this work, 276. (On Color Blue), 1990 (Brooklyn Museum), the artist Joseph Kosuth (b. 1945) uses blue neon tubing to reproduce a quote from Ludwig Wittgenstein’s Philosophical Investigations. Published in 1953, the text is made up of 693 numbered paragraphs exploring questions of interpretation, perception, and the ability of language to create meaning. Wittgenstein believed that language was imprecise, not rigid in its construction of meaning. Attempts to define words, to pin down what they signify, support the false notion that words even have fixed definitions. For him, language was fluid, able to change over time, and subject to personal interpretation. Kosuth is similarly drawn to investigations of the elusive relationship between words, objects, and visual representation.

In this particular passage, number 276, Wittgenstein addresses the impreciseness of the language used to designate colours. He expresses the notion that when we give and use a colour’s specific name we are referring to a particular version of that colour, and yet everyone perceives colour differently, and there is no absolute, singular meaning to a colour’s name. It is the false sense of security that a definition provides that “ought to arouse our suspicions”. Though Wittgenstein is speaking of colour generally, Kosuth’s decision to render the quote in glowing blue neon anchors it specifically to our perception of blueness. To look at the pulsing vibrant shade of the work and name it blue does not actually mean that we are all seeing it exactly the same, raising the question of what the word “blue” even signifies. As James Fox describes in his essay for the Monochrome No.2 catalogue, Kosuth’s work in our exhibition perhaps unintentionally points to this exact uncertainty surrounding colour: “Here … shorn of its original context and glowing in cobalt-coloured neon, Orwell’s staccato sentence can’t help but remind us of the perennial paradox of blue. Like ‘The Brotherhood’, the colour seems to be everywhere but is ultimately only an illusion. As Kosuth’s piece reads: ‘Nothing of the kind exists’.”

J
is for
Derek Jarman

L
is for
Lapis Lazuli
We use cookies on this site to enhance your experience. By continuing to use the site you are consenting to our use of cookies. OkayPrivacy Policy
Scroll to top