L
is for
Lapis Lazuli 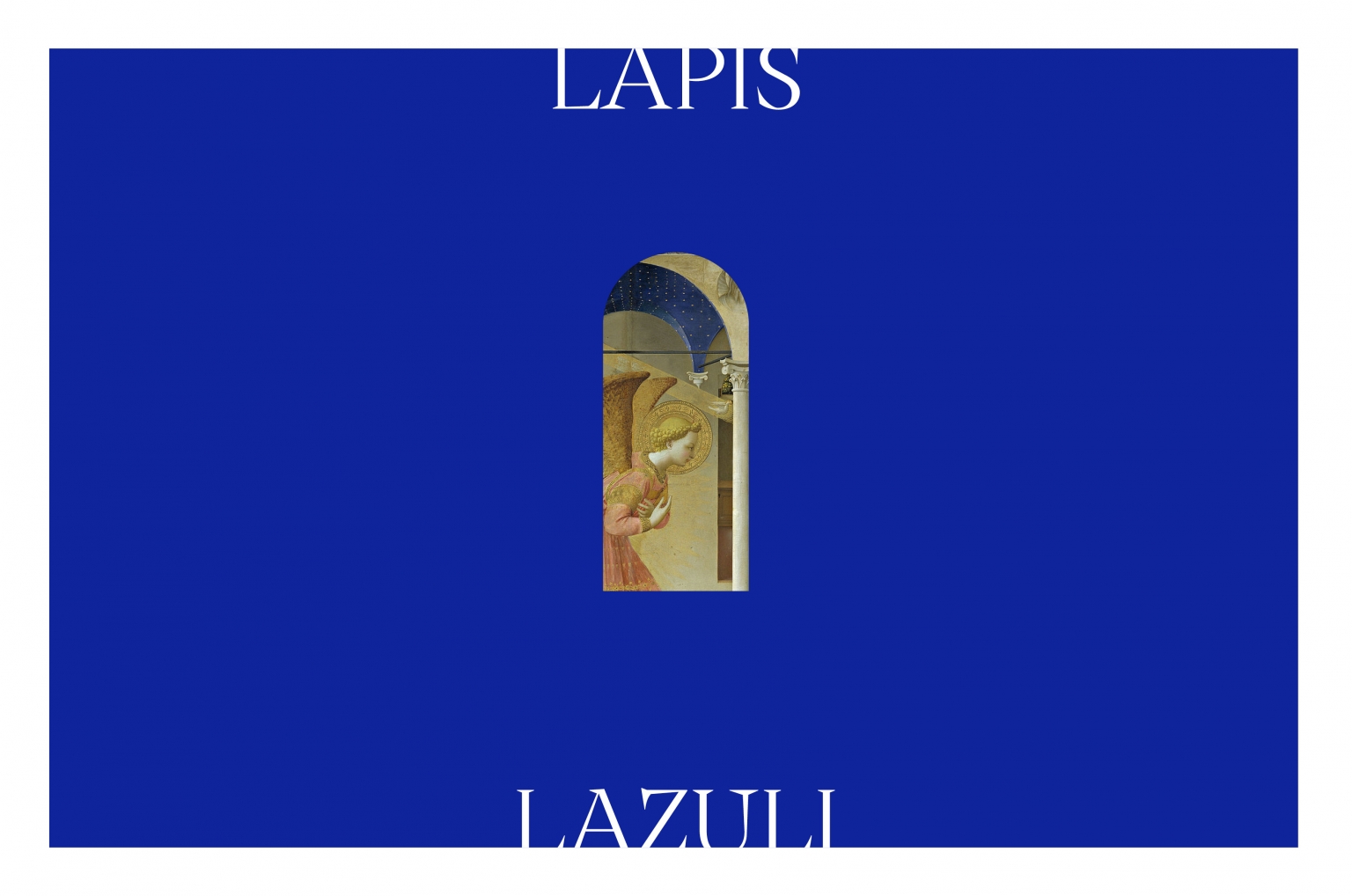 The deep-blue colour of lapis lazuli has been prized since antiquity for its intense hue. The first known use of the semi-precious stone as a pigment can be traced back to sixth and seventh century BCE wall paintings in Bamiyan, Afghanistan. Thereafter, the blue was reserved for the most precious objects and works, such as the sarcophagus of King Tutankhamen.

As lapis lazuli could only be sourced in the mountains of Afghanistan, Western artists from the twelfth century onwards used the pigment sparingly. The expense of buying the stone and its rarity meant that artists reserved the pigment for commissions from their richest patrons.

‘A noble colour, beautiful, the most perfect of all colours,’ Cennino Cennini said of ultramarine, the pigment made from powdered lapis lazuli, in his Book of the Arts, written around 1400. It became especially popular during Renaissance times in Europe, used consistently to represent the Virgin Mary’s sky blue mantle, and perhaps signifying the purity of the material. One magnificent example is Fra Angelico’s The Annunciation, circa 1426, today residing in the Museo del Prado, Madrid. Its use in religious icons continued, Michelangelo ordering huge quantities of the stone for use in his Last Judgement fresco of 1536-41 in the Sistine Chapel. An earlier painting The Entombment, circa 1500-1, intriguingly remains unfinished, perhaps because Michelangelo could not afford the prized pigment.

Even though the ultramarine blue obtained from lapis lazuli emerged in a synthetic form in the early nineteenth century, artists have continued to return to the unique stone. Yves Klein’s creation of his International Klein Blue was a result of his attempts to concoct a blue as intense as that used by Giotto, showing how even in modern times this remarkable stone is still coveted.

K
is for
Joseph Kosuth

M
is for
Joan Miró
We use cookies on this site to enhance your experience. By continuing to use the site you are consenting to our use of cookies. OkayPrivacy Policy
Scroll to top