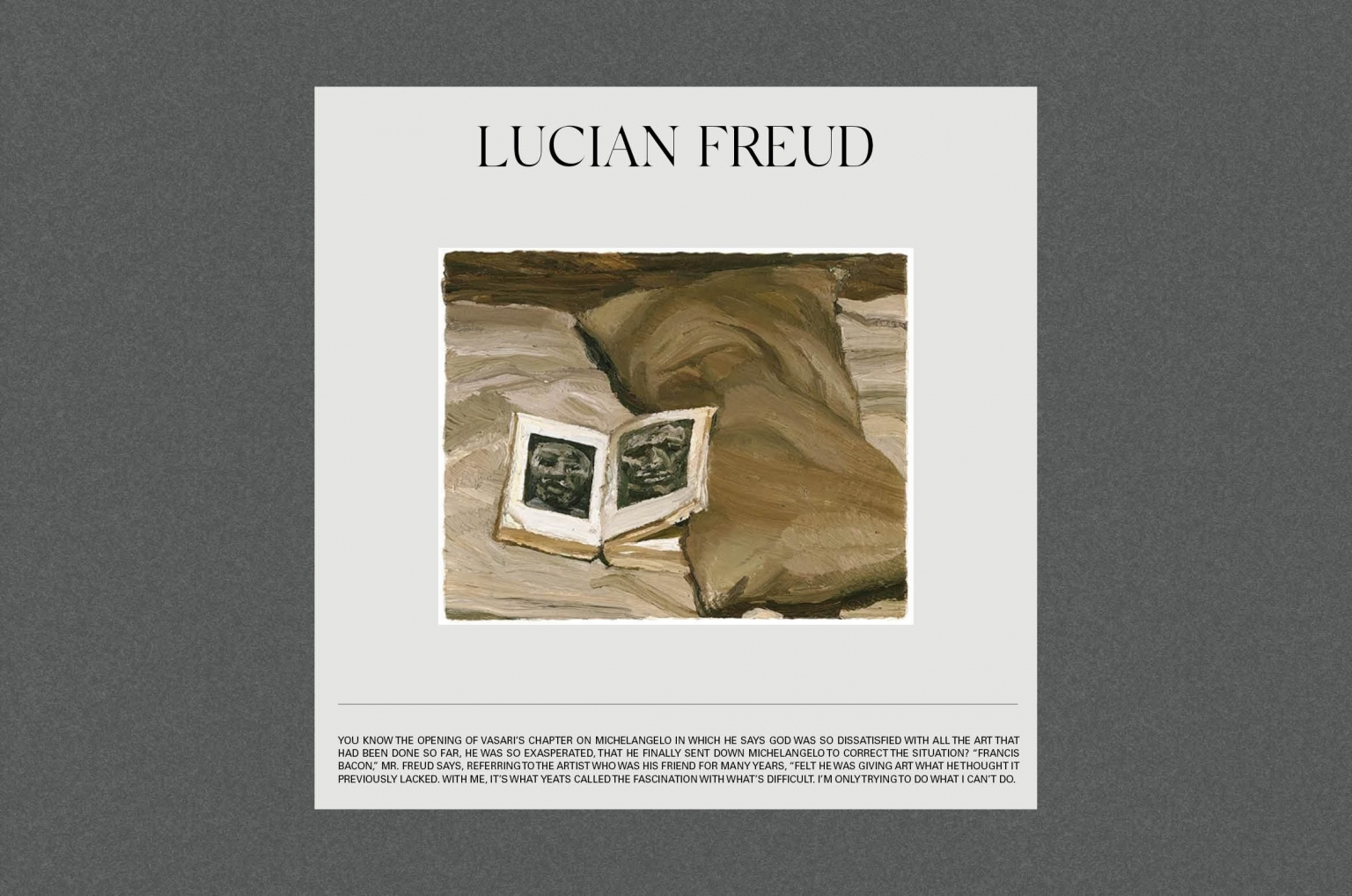 ‘You know the opening of Vasari’s chapter on Michelangelo in which he says God was so dissatisfied with all the art that had been done so far, he was so exasperated, that he finally sent down Michelangelo to correct the situation? Francis Bacon,’ Mr. Freud says, referring to the artist who was his friend for many years, ‘felt he was giving art what he thought it previously lacked. With me, it’s what Yeats called the fascination with what’s difficult. I’m only trying to do what I can’t do.’

This quote gives us a small hindsight into Freud’s vast literary knowledge which ranged from art historical texts like Giorgio Vasari’s Lives of the Most Excellent Painters, Sculptors, and Architects – the first art book ever written – to the great W. B. Yeats. As an avid reader Freud’s library was filled with books and when contemplating his bookshelves one could find many volumes of the subjects that interested him. For example he had an entire shelf dedicated to an extensive collection of books by the Impressionist Edgar Degas, an artist that inspired him and whom he collected.

One of the books that most influenced Freud’s art was The Egyptian Book, a book filled with Ancient Egyptian sculptures from the reign of Akhenaten (1353–1336 BC). His grandfather Sigmund Freud gave it to him in 1939 when the sixteen-year-old Freud already wanted to become an artist. This book marked the first recorded effort in human history to shift towards a more naturalistic, real representation of the human body and emotion. This of course, was an aspect which the young Freud must have particularly admired given his lifelong search for the representation of the human body and soul. He painted The Egyptian Book in several works, most famously in his Still-Life with a Book, 1992 which features his prized possession, thickly painted with its worn binding, creased pages and its open display of two magnificent heads of Egyptian sculptures.