M
is for
Joan Miró 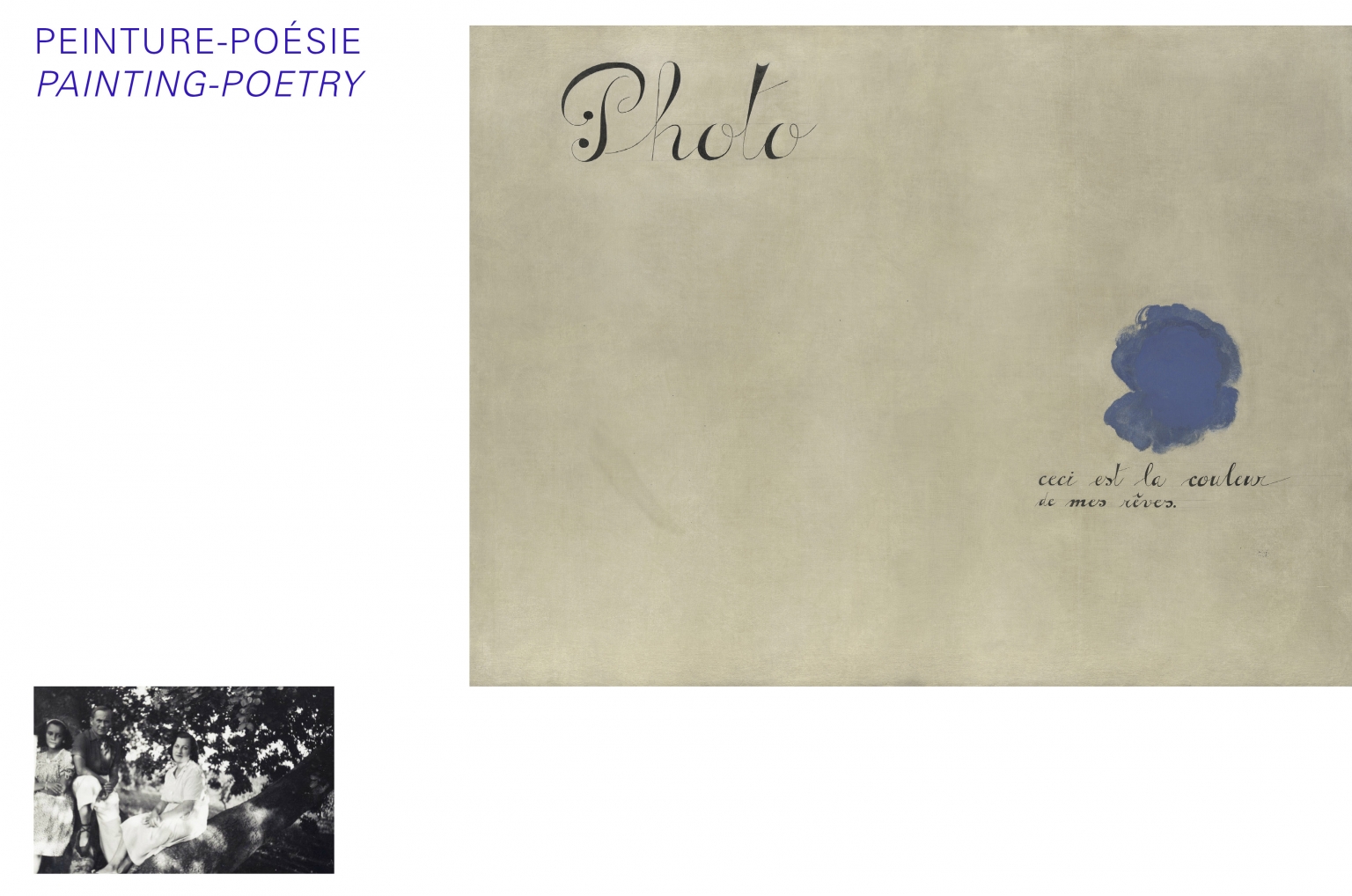 “This is the colour of my dreams.”

This painting has always been one of my favourites, perhaps because I have always been drawn to the colour and to this period in Miró’s work. It was painted in 1925, also the year when he first met Pilar Juncosa who later became his wife, and part of a series created between 1924 and 1927 known as ‘peinture-poésie’ (painting-poetry), which combines text with enigmatic symbols and reflects his interest in dreams and the subconscious. Only three elements float on the empty white canvas: the word ‘Photo’, the patch of blue, and the phrase ‘ceci est la couleur de mes rêves’ (this is the colour of my dreams). The black letters sit on barely visible pencil lines that serve as guides for their size, as in a child’s writing primer.

Joan Miró was born in Barcelona in 1893, but the emotional landscapes that shaped him as a person and an artist were principally those of Mont-roig, Paris, and Majorca, and later those of New York and Japan. The small town of Mont-roig in the Baix Camp region of Catalonia was a counterpoint to the intellectual ferment of his life with the surrealist poets in nineteen twenties Paris, and to the stimulus of discovering Abstract Expressionism in New York in the forties. Some time later, in the midst of World War II, Joan Miró returned from exile in France and settled in Palma de Mallorca, which became his refuge and workplace and where his friend Josep Lluís Sert designed the studio of his dreams.

Miró’s attachment to the landscape of Mont-roig first and then Majorca was crucial in his work. His connection to the land and his interest in everyday objects and in the natural environment formed the backdrop to some of his technical and formal research. Miró avoided academicism in his constant quest for a pure, global art that could not be classified under any specific movement. Self-contained in his manners and public expressions, it is through art that Joan Miró showed his rebelliousness and a strong sensitivity to the political and social events around him. These conflicting forces led him to create a unique and extremely personal language that makes him one of the most influential artists of the twentieth century.

These uncertain times remind us of what is most important – our family and loved ones, the landscape that shaped us, the place we come from, blue skies, blue sea, the art that feeds us and the dreams no one can cancel or take away from us.

L
is for
Lapis Lazuli

N
is for
Maggie Nelson
Scroll to top