P
is for
Jackson Pollock 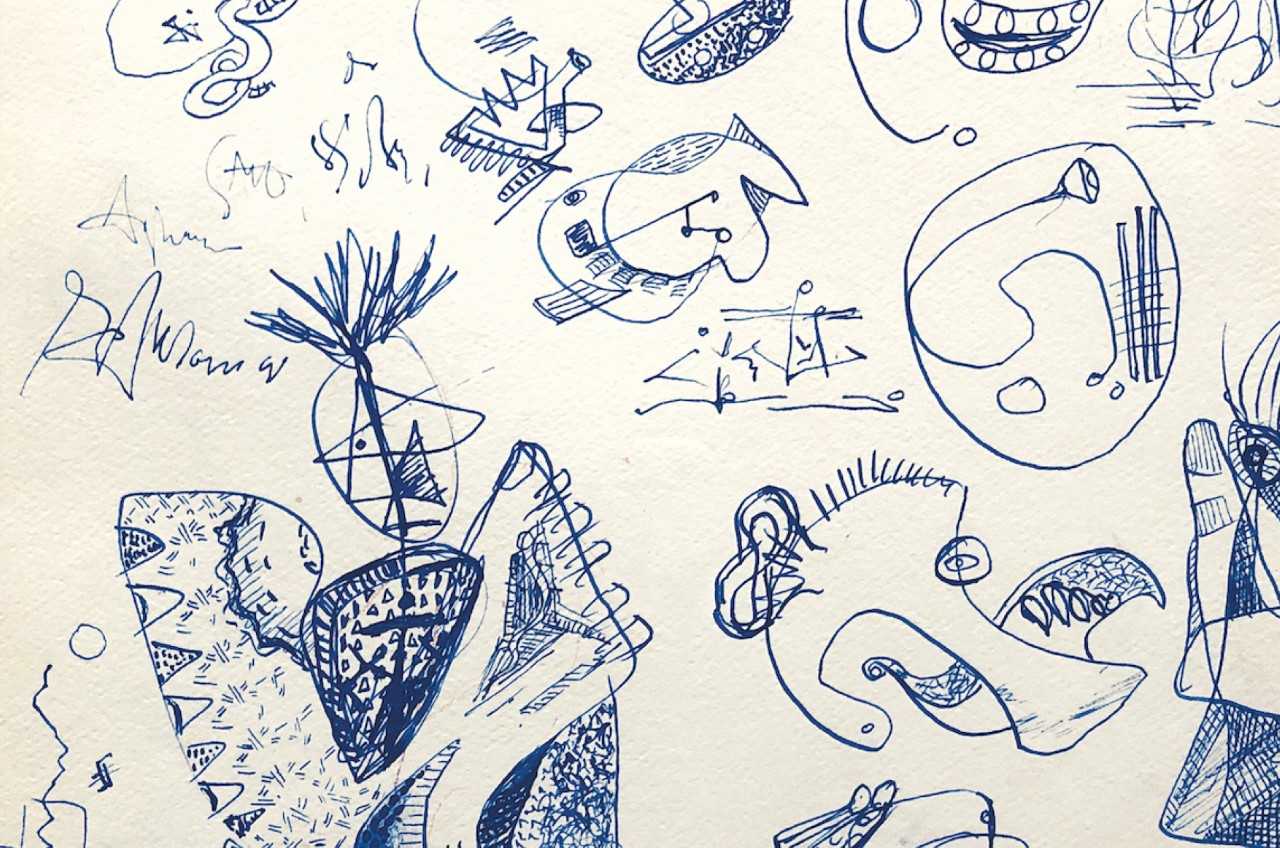 “I’m a little representational all the time. But when you’re painting out of your unconscious, figures are bound to emerge”

Our current exhibition Monochrome No.2 showcases a 1938 blue drawing by Jackson Pollock that rouses curiosity the more one looks at it. Filled with abstract forms, the small drawing challenges the academic view of Pollock as exclusively abstract and inextricably bound to his iconic drip paintings. Despite its small scale and simple forms, it raises big questions: Can art be a “medicine” to cure depression and mental health? Can it solve our deepest problems and anxieties? And even: Can art save us?

For at least two millennia the relationship between “madness” and creativity has defined the careers of many artists. Edvard Munch, Vincent Van Gogh, Francisco Goya and Jackson Pollock, of course, all struggled with mental health issues and their art is often viewed as the extraordinary product of a tormented genius. With the discovery of psychoanalysis at the turn of the twentieth century, psychiatrists developed the tools to explore in greater depth the relationship between “madness” and art, even exploring the use of art as a powerful healing method. In 1938 the young Pollock was hospitalised for depression, schizophrenia and severe alcoholism and was subsequently put under analysis with Dr. Joseph Henderson, a close follower of the celebrated Swiss psychiatrist C.G. Jung (1875–1961), who was the first to use drawing in psychotherapy.

In order to uncover his subconscious and so gain a better understanding of the patient, Henderson encouraged Pollock to draw, and over an eighteen-month period (1939–40) Pollock created his “Psychoanalytic Drawings”, made, for the most part, during medical sessions. The drawing exhibited at Ordovas was created during that time. Dr. Henderson observed the power of these works. Drawing seemed to allow Pollock to better understand himself. Pollock’s drawing was part of an on-going process that Dr. Henderson compared to a “novice in a tribal initiation rite during which he is ritually dismembered at the onset of an ordeal whose goal is to change him from a boy into a man” – a “ritual death” from which the artist would emerge “by a ritual of rebirth”.

The extent to which Pollock’s “Psychoanalytic Drawings” helped him heal remains an open question, while Henderson’s subsequent conduct is arguably scandalous. In 1970, Henderson sold eighty drawings made during the sessions to the Maxwell Galleries in San Francisco to fund medical research and so must stand accused of violating the confidentiality and trust between physician and patient. Indeed, he has been fiercely criticised for this, with Pollock’s widow, the abstract expressionist artist Lee Krasner, being especially enraged. Krasner told Medical World News, “I do feel there’s a violation of privacy here. I just assume that anything that goes on between analyst and patient is private.”

O
is for
Ocean