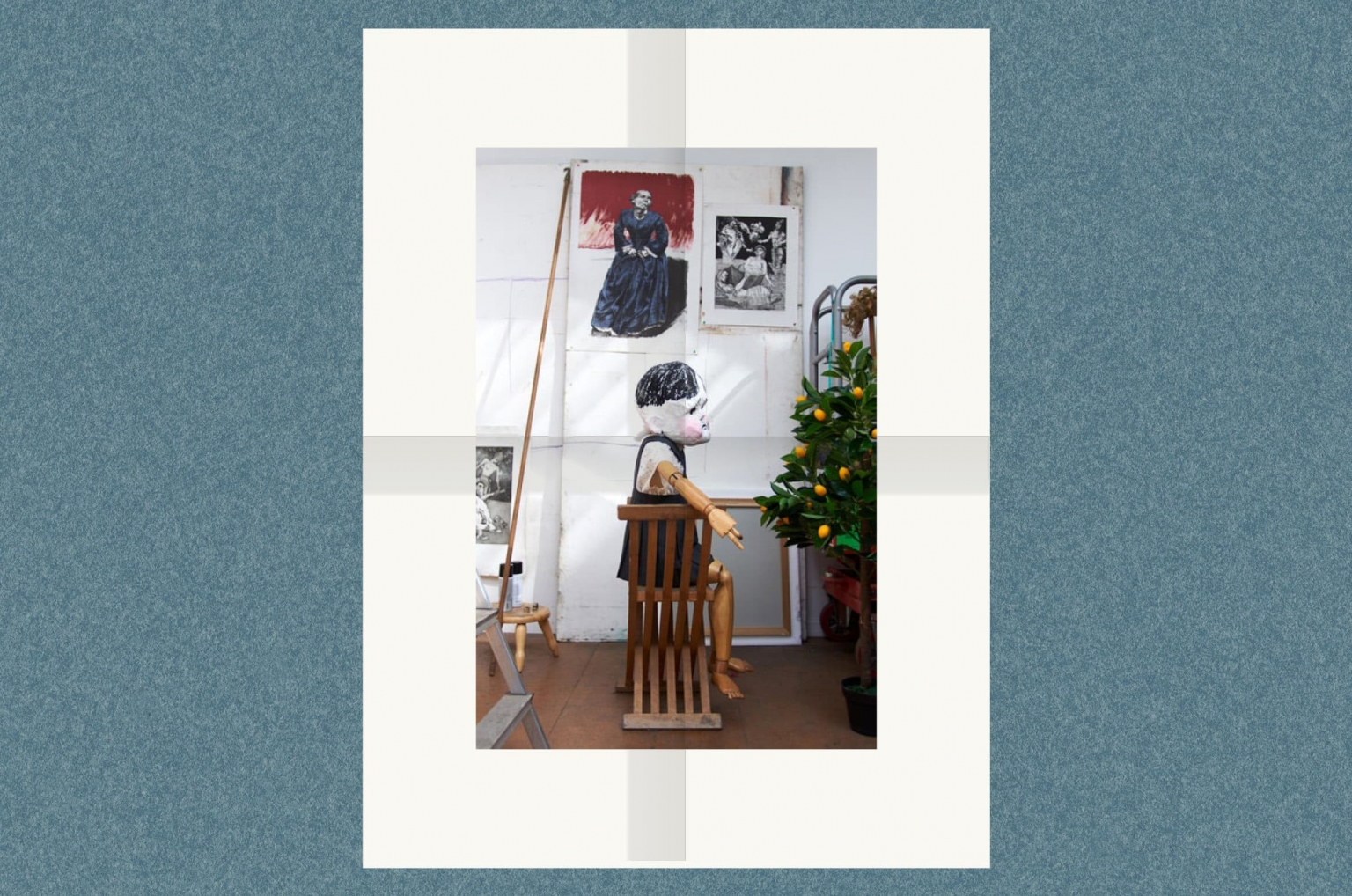 Paula Rego cites opera and the wide range of literature she owns, including plays, poems and novels, as providing the stories and inspiration for her work. A book on Surrealism bought by her father has been a constant reference and her love of opera stems from her childhood: ‘Well, my father had a box at the opera São Carlos in Lisbon and the first time he took me was to see Carmen. It was my favourite opera and I knew it because my father would play opera on the record player and he had a book with the stories of the operas which he showed me.’ These stories she has collected over her lifetime become a starting point for her own imaginative visualisations and narrative creations.

As Rego entered Jungian therapy in the 70s she went to the British Museum to read, re-engaging with Portuguese folk tales, illustrated books, and the invented stories told to her as a child. Obsessed by the literature and cultural vision of the nineteenth century, both realistic and imaginary, Rego intertwines references (Jane Eyre, Peter Pan, Daumier, Lewis Carroll, opera stories, Hogarth etc.) with strongly autobiographical and real-life elements, creating fascinating series of works that reinvent these old stories: ‘It is very important because I use stories. I don’t illustrate them but maybe I become one of the figures, I identify with them and am able to tell my own story. In fact, after a while it does become my own story.’

Gifts of stories have also led to the creation of works, such as when, after the premiere of The Pillowman in 2003, Rego met and befriended the Irish playwright Martin McDonagh. One of the stories he sent her provided the subject for Girl with Foetus, 2005. Among the myriad of items found in her studio are figures and artefacts that have been collected over her working life, some found, some built by herself and family and friends, others loaned or given by other artists; these props link with the stories to echo her long-standing preoccupations: the shadows in the corners of the nursery, the undercurrents in myths and fairytales and the proximity of fantasy and pretence to painful reality.

‘I was working in the studio in Charlotte street in Soho when I was expecting my second daughter Vicky. I was working like mad. In that studio, I noticed there was a book and it was by Henry Miller. I read it and I thought, my God, this is naughty, and I loved it so much. It was published by the Olympia press in Paris so Vic and I ordered all the new publications. Most of them were pornography but they also published the books that were banned like ‘Lady Chatterley’s lover’. It was very useful.’