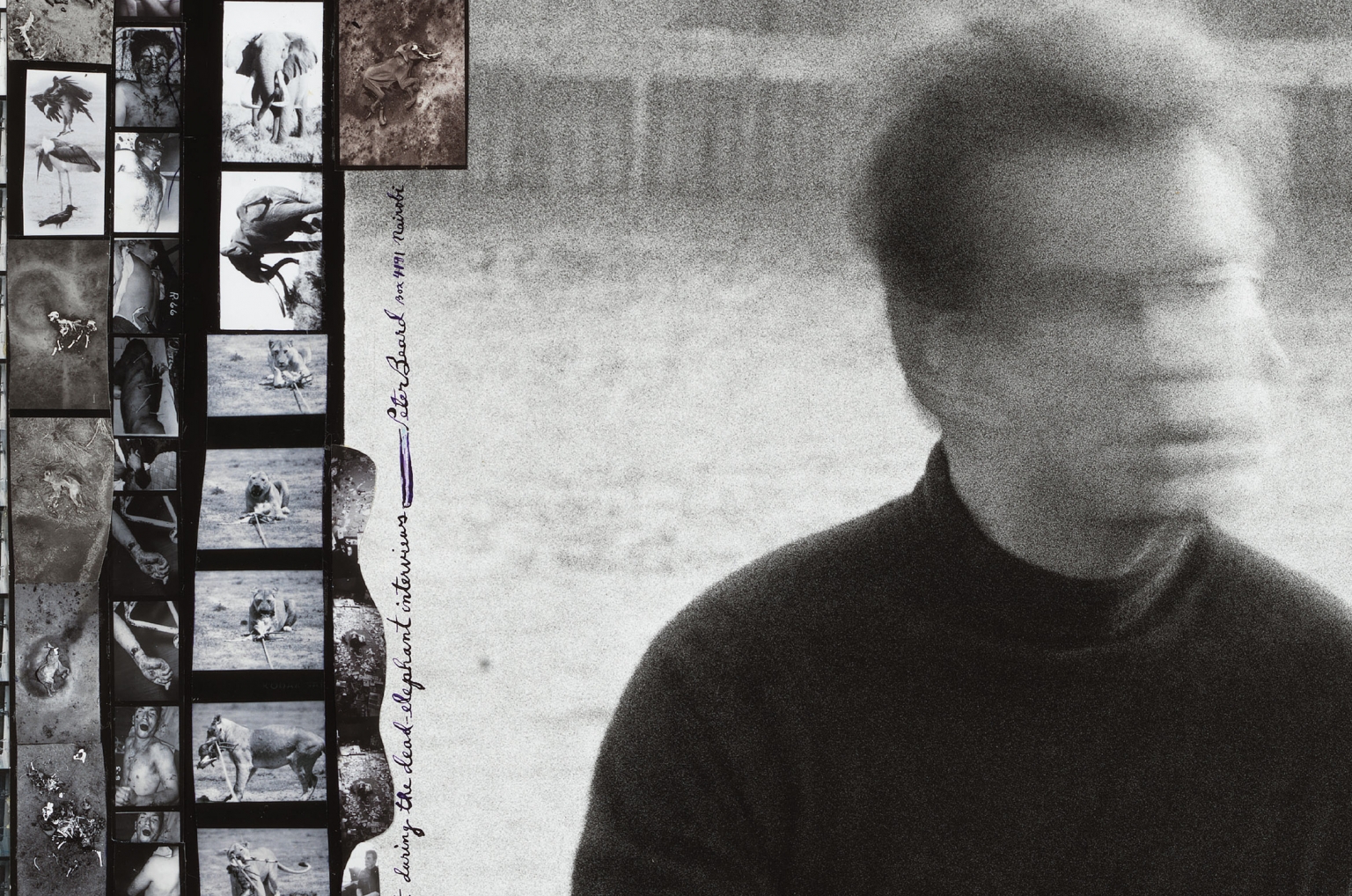 ‘As an unusual favor, Bacon set up this portrait on the top of a building he had just bought, 80 Narrow Street. I had complete free will in whatever I wanted to do.

I started off with the Thames River in the background and just talking to Bacon about things in general and not concentrating on anything, but relaxing and talking about the history of the Thames and things like that. Then I loaded another roll of film after having achieved the straightforward ones, the first film was normal, and then I had him practice turning his head, but not fast.

I saved everything for the last roll. Sometimes it does not work. On that day, by chance it did. Bacon paints that way. I moved my camera as Bacon moved, it is not a darkroom effect. He was very polite and funnily enough the best picture is the one holding up his knee and turning his head and one picture where you get a double image of the face and the movement.’ 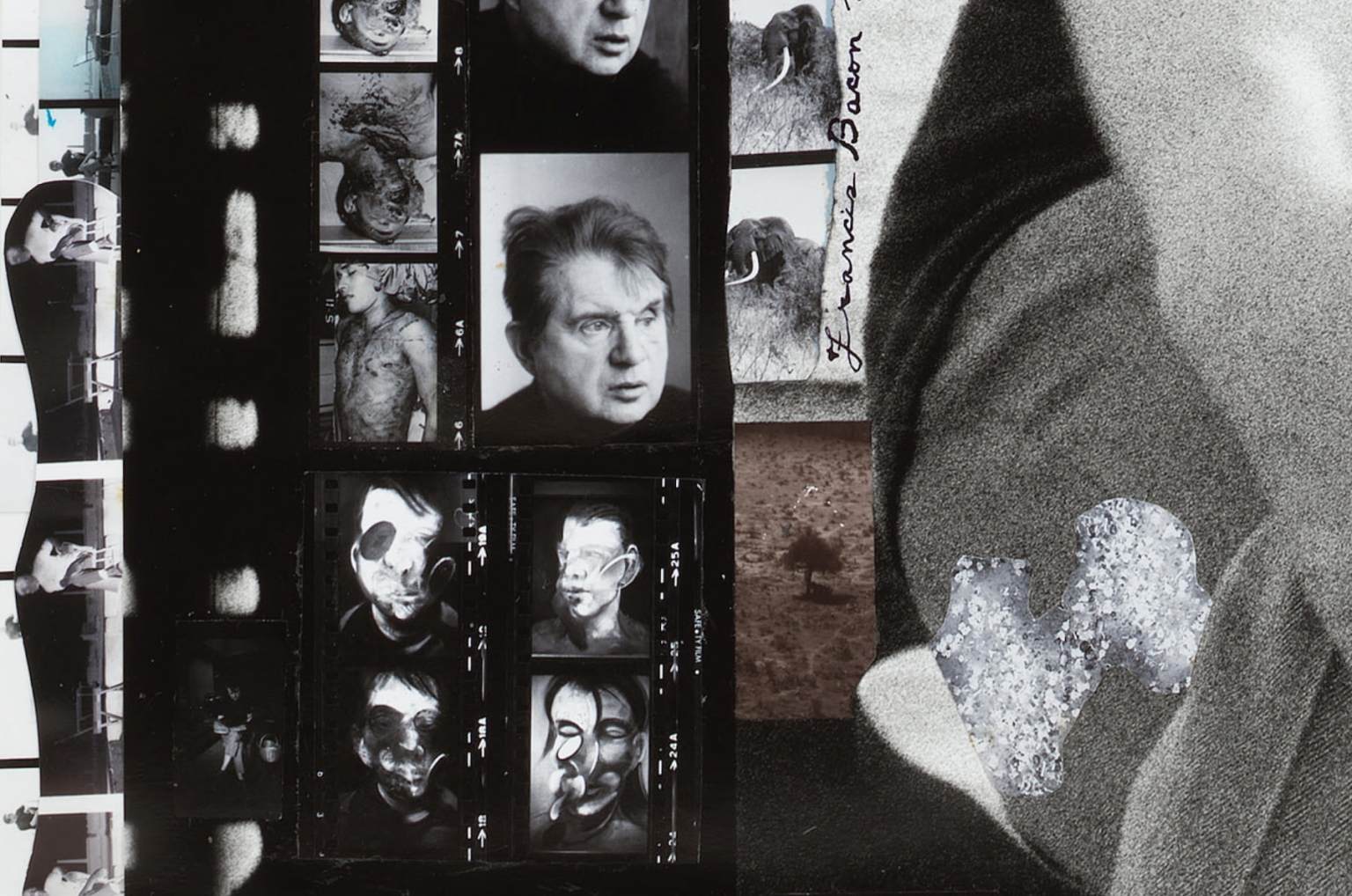 Peter Beard, Francis Bacon on his roof at 80 Narrow Street during the dead-elephant interviews, 1972/2013