U
is for
Ultramarine 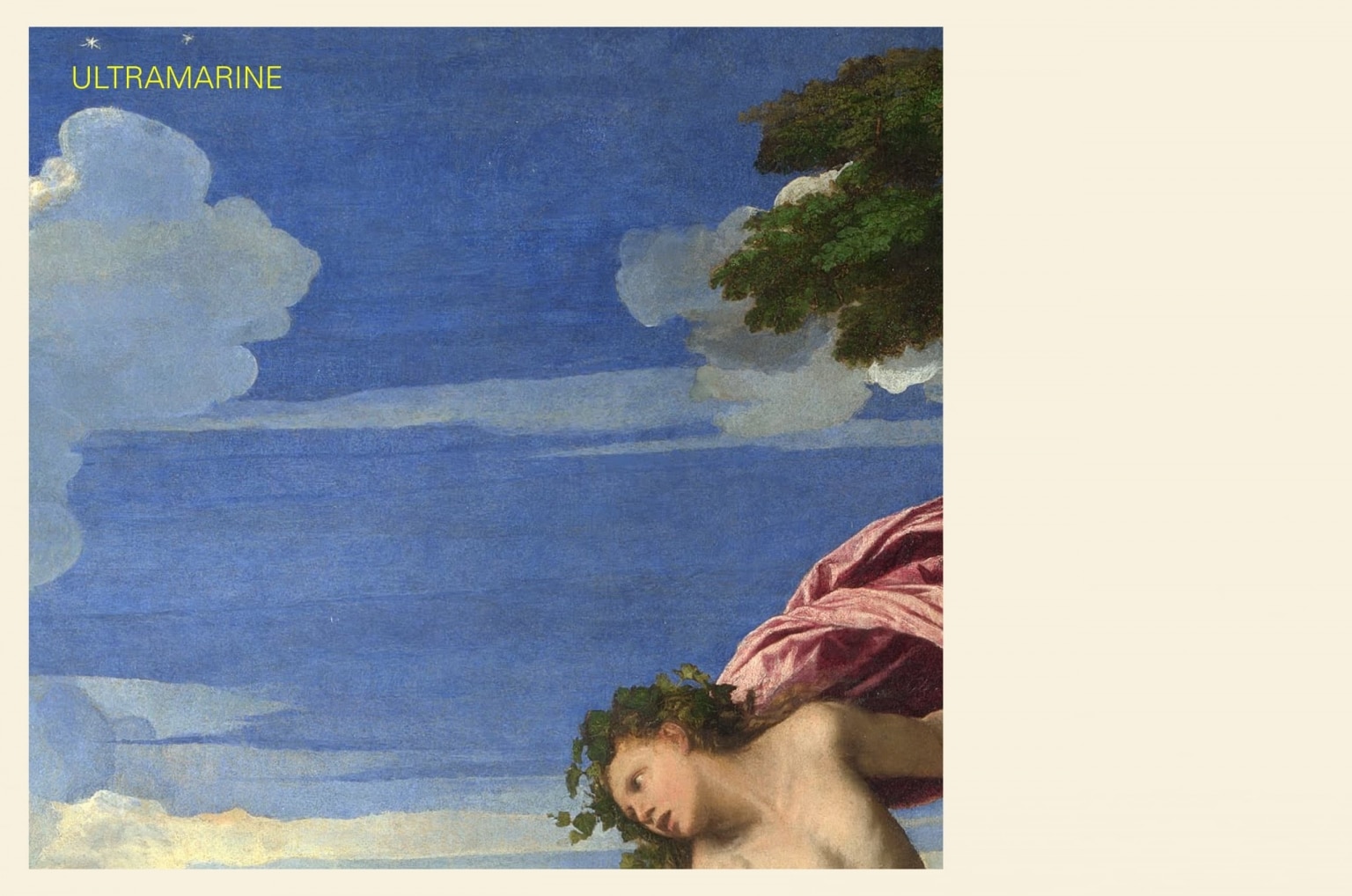 In 1967, Mr Arthur Lucas, the world’s supreme expert in painting restoration, was undertaking a daring experiment on one of Titian’s most famous paintings. Bacchus and Ariadne, executed between 1520 and 1523, had entered the collections of London’s National Gallery in 1826. The painting had been travelling for three centuries, from Venice where it was originally started, to Ferrara where it was finished, then Rome and on to London. By the mid-twentieth century, various reports had observed significant symptoms of discoloured varnish, disfiguring retouching, paint losses and flaking. It was time for a deep clean.

With surgical precision, Lucas began to remove a thick coat of varnish and dirt, and as he did so made an astonishing discovery. Titian’s brown sky turned blue, unveiling patches of the most magnificent hue: ultramarine. Lucas’s restoration shocked all who saw it at the time, for no one knew how colourful Titian’s paintings could be. In Bacchus and Ariadne, almost half of the painting is blue: the unforgettable sky of course, but also the sea, the mountains, Ariadne’s cloak and the revellers’ dresses. Considering how expensive ultramarine was in the Renaissance, one can only imagine the small fortune this painting must have cost Titian in materials.

Derived from the lapis lazuli stone, ultramarine was first imported into Europe in the thirteenth century from an arid strip of mountains in northern Afghanistan. The name means ‘beyond the sea’ — a dreamy ode to its distant origins, as romantic as it is imprecise. Soon it became the most sought-after colour in Venetian markets, and European painters had to depend on wealthy patrons to underwrite its purchase, for few could afford the pigment. As such, ultramarine attracted the attention of the Church who greedily sought control of this rare, almost mythical substance.

If Titian’s sky still amazes us today, what an extraordinary achievement it must have been then, to use the colour so freely, almost heretically, for pure enjoyment.

T
is for
Cy Twombly

Y
is for
YInMn
We use cookies on this site to enhance your experience. By continuing to use the site you are consenting to our use of cookies. OkayPrivacy Policy
Scroll to top