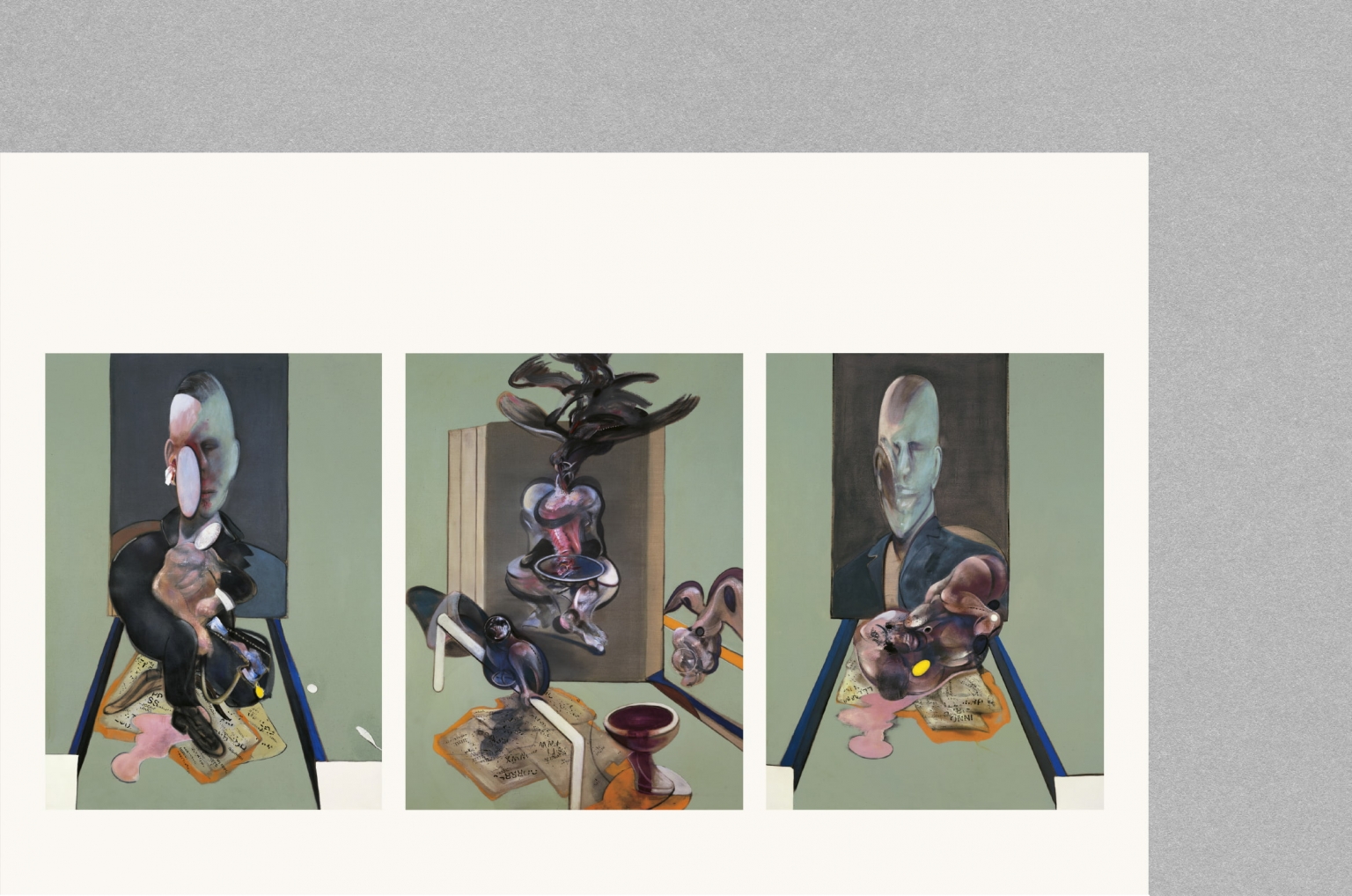 ‘[Francis Bacon] painted me between 1975 and ’78 – four triptychs, and a lot of singles also, heads. Nobody ever sits for Bacon – he did it just from photos and knowing me. In one triptych, my shaved head from Kamiti Prison is on the right – there I am, looking like the first Conehead. The centre panel has vultures from my croc book, Eyelids of Morning, feeding on a carcass – a Prometheus kind of thing, complete with a toilet bowl full of blood. And on the left there’s a bald doctor with an elephant in his lap. It’s one of the major Bacons.

Bacon said that in the shaved-head panel he used the same shade of blue that was on the rim of the Kennedy assassination limo. He always wanted to meet Jackie because he was so into that event, but it never quite worked out – he was a total emotional mess when she called and he just couldn’t see her. He did know her sister, Lee Radziwill. He liked her – he liked high living. Not too fond of women, though.’ 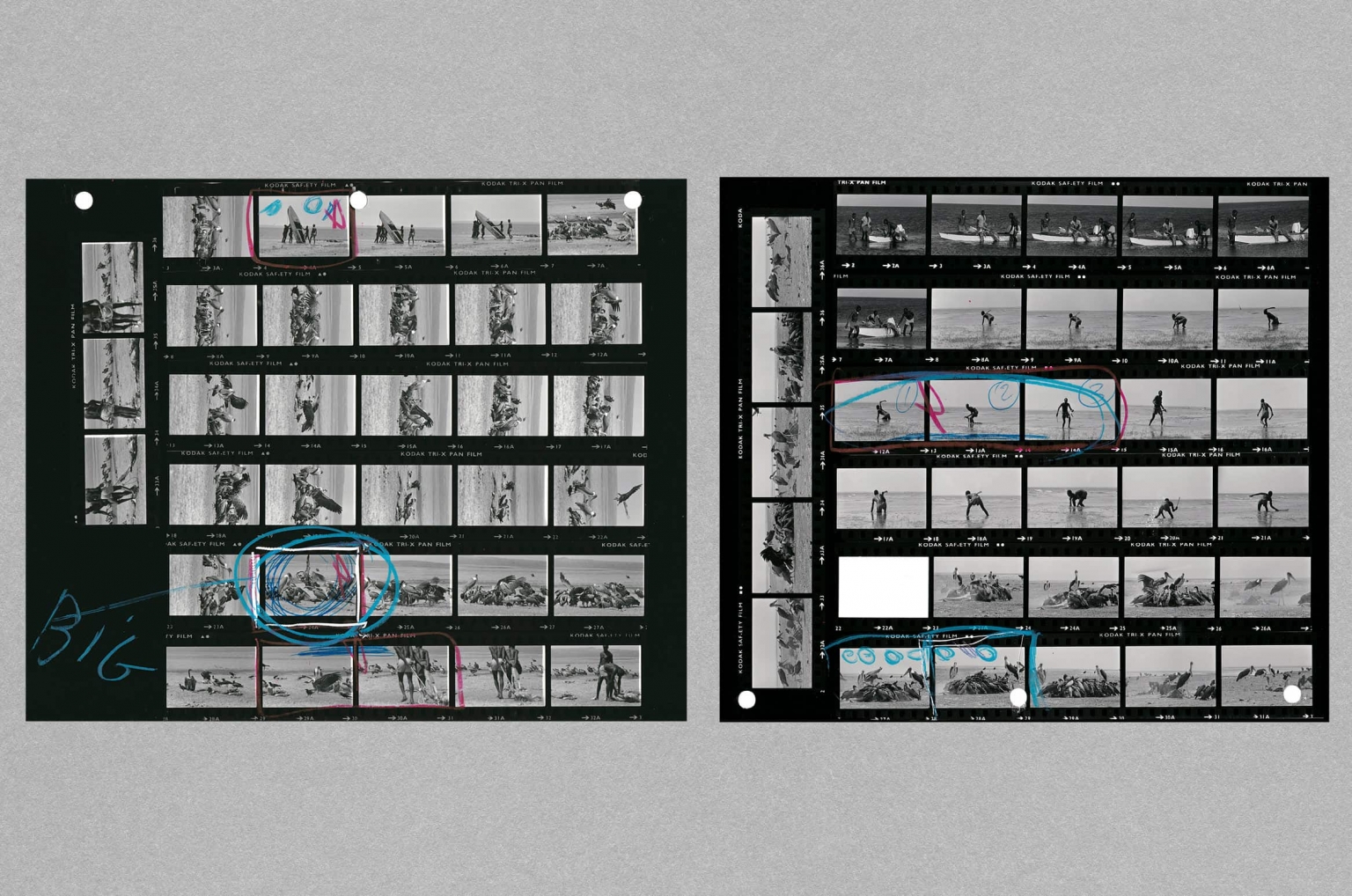 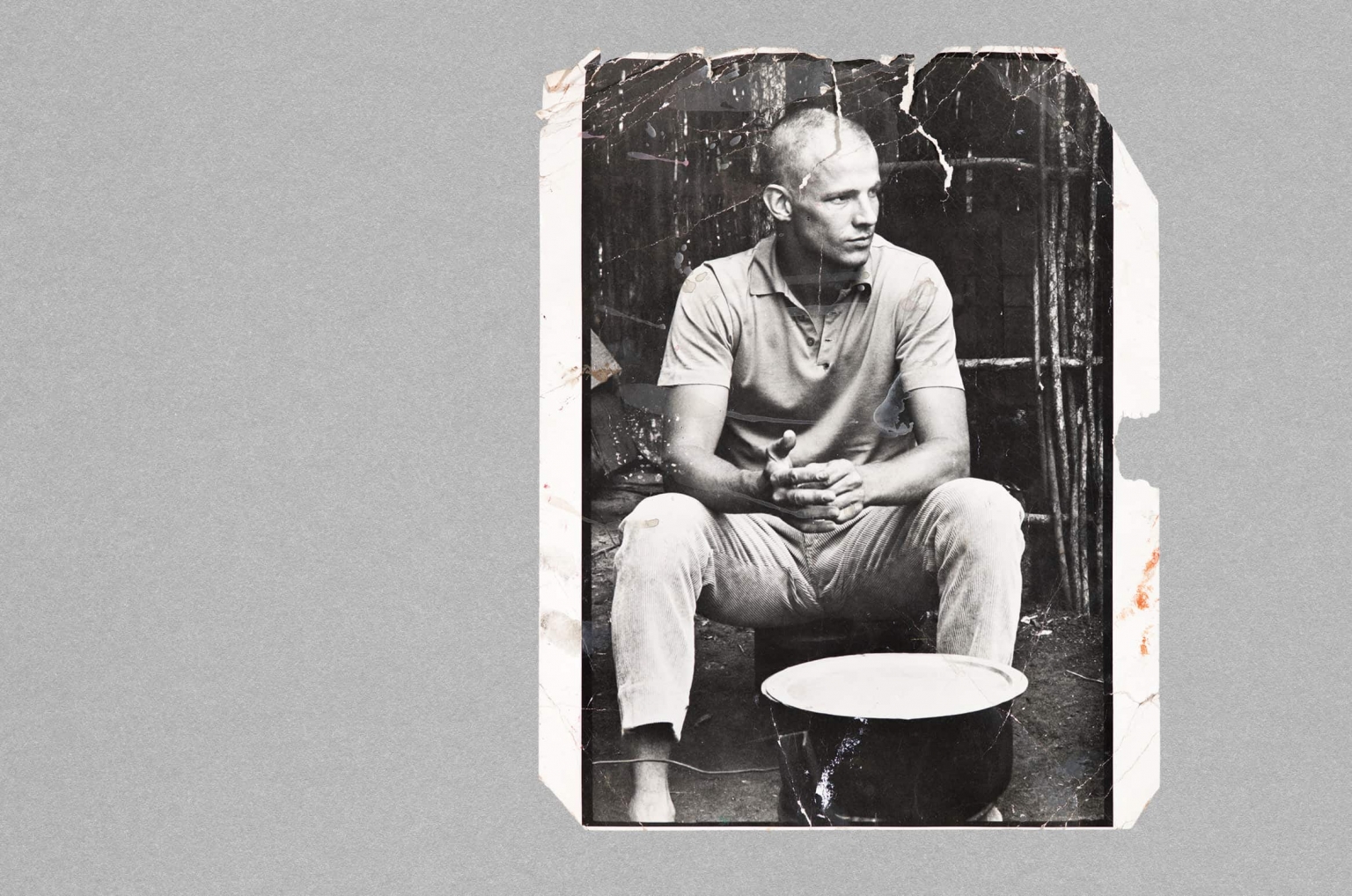 Peter Beard at Hog Ranch an hour after his release from Kamiti prison in Kenya, photographed by Alistair Graham, 1969