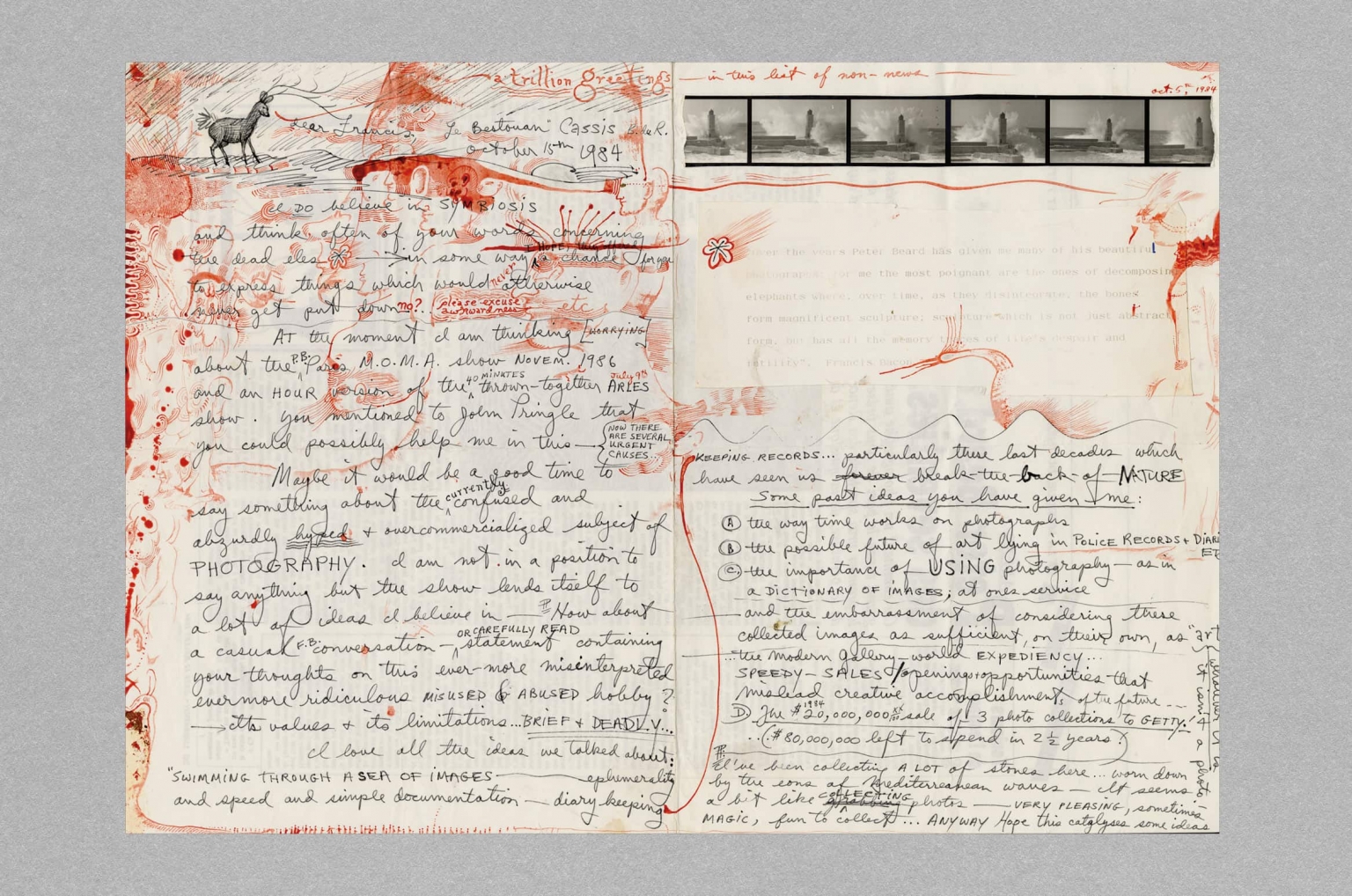 I DO believe in SYMBIOSIS and I think often of your words concerning the dead eles * -> in some way I hope they offered a chance for you to express things which would never otherwise never get put down. (No? please excuse awkwardness etc)

At the moment I am thinking [worrying] about the P.B. Paris M.O.M.A show NOVEM. 1986 and an HOUR version of the 40 MINUTES thrown-together ARLES show. You mentioned to John Pringle that you could possibly help me in this {now there are several urgent causes.

Maybe it would be a good time to say something about the currently confused and abzurdly hyped and over-commercialized subject of PHOTOGRAPHY. I am not in a position to say anything but the show lends itself to a lot of ideas I believe in – How about a casual F.B. conversation – OR CAREFULLY READ statement containing your thoughts on this ever-more misinterpreted evermore ridiculous MISUED & ABUSED hobby? -> its values & its limitations … BRIEF & DEADLY …

I love all the ideas we talked about:

Some past ideas you have given me:

and the embarrassment of considering these collected images as sufficient, on their own, as “art” (whatever it is it isn’t a photo) … the modern gallery-world EXPEDIENCY… SPEEDY-SALES / openings + opportunities that mislead creative accomplishment of the future _____

I’ve been collecting A LOT of stones here … worn down by the eons of Mediterranean waves – it seems a bit like COLLECTING (grabbing) photos – VERY PLEASING, sometimes MAGIC, fun to collect… ANYWAY Hope this catalyses some ideas

Among them was an ink drawing of my room at YALE university 1958-1959 (r.1772 Yale station) with a PB rendition of a painting I did of you in 1957 which you have never seen but which hung on my wall there for 4 years … amazingly enough, even the ink drawing looks exactly like you (AS DID THE PORTRAIT) -> burned in mill AND the photos we did on the roof at Narrow Str. in 1972-3 — I will bring it to London [you can have it if you want it]

Sorry about the non-letter …

How do you like the title: “VIEW FROM A DEAD-MAN’S WALLET”? 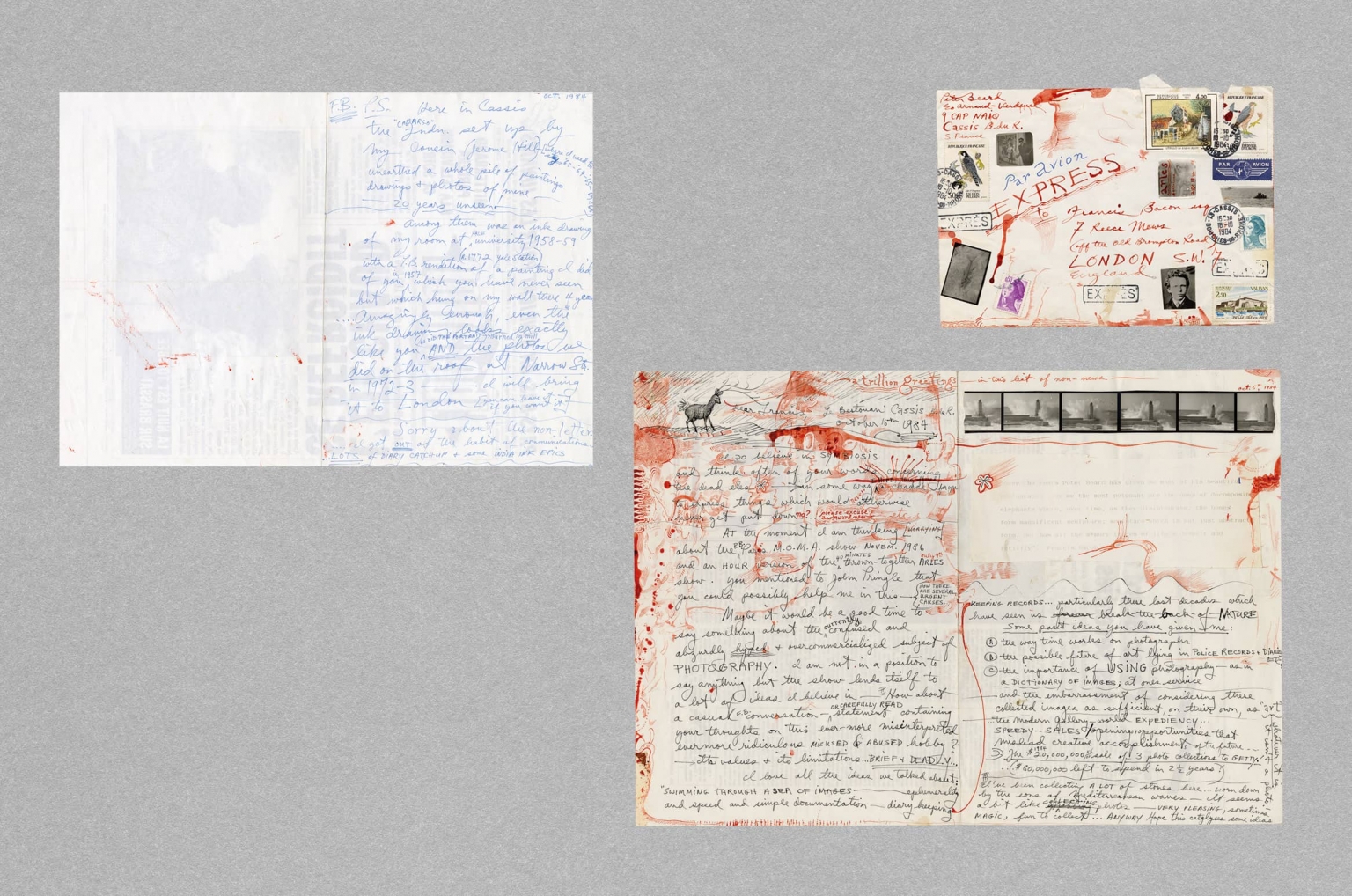 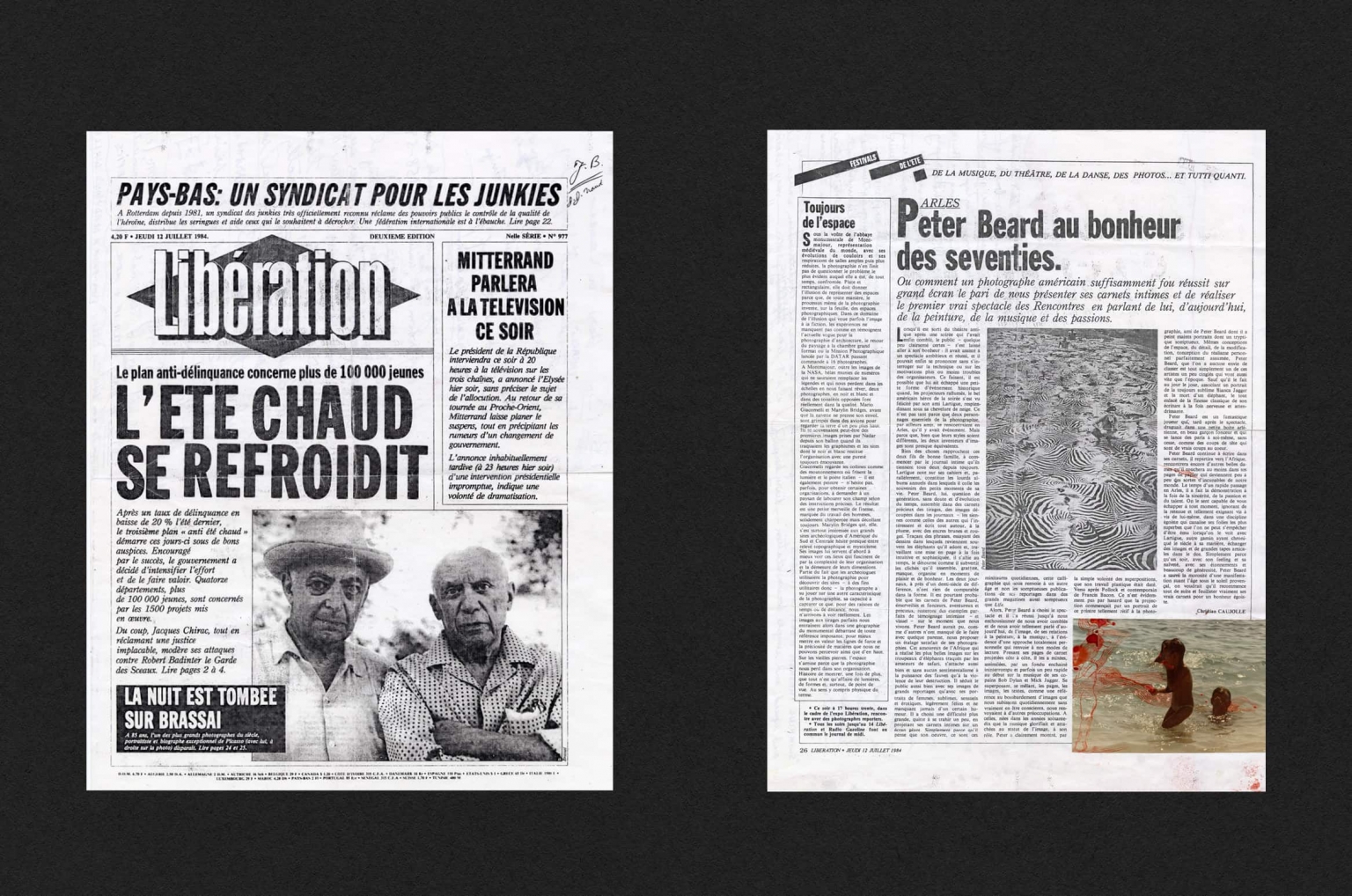