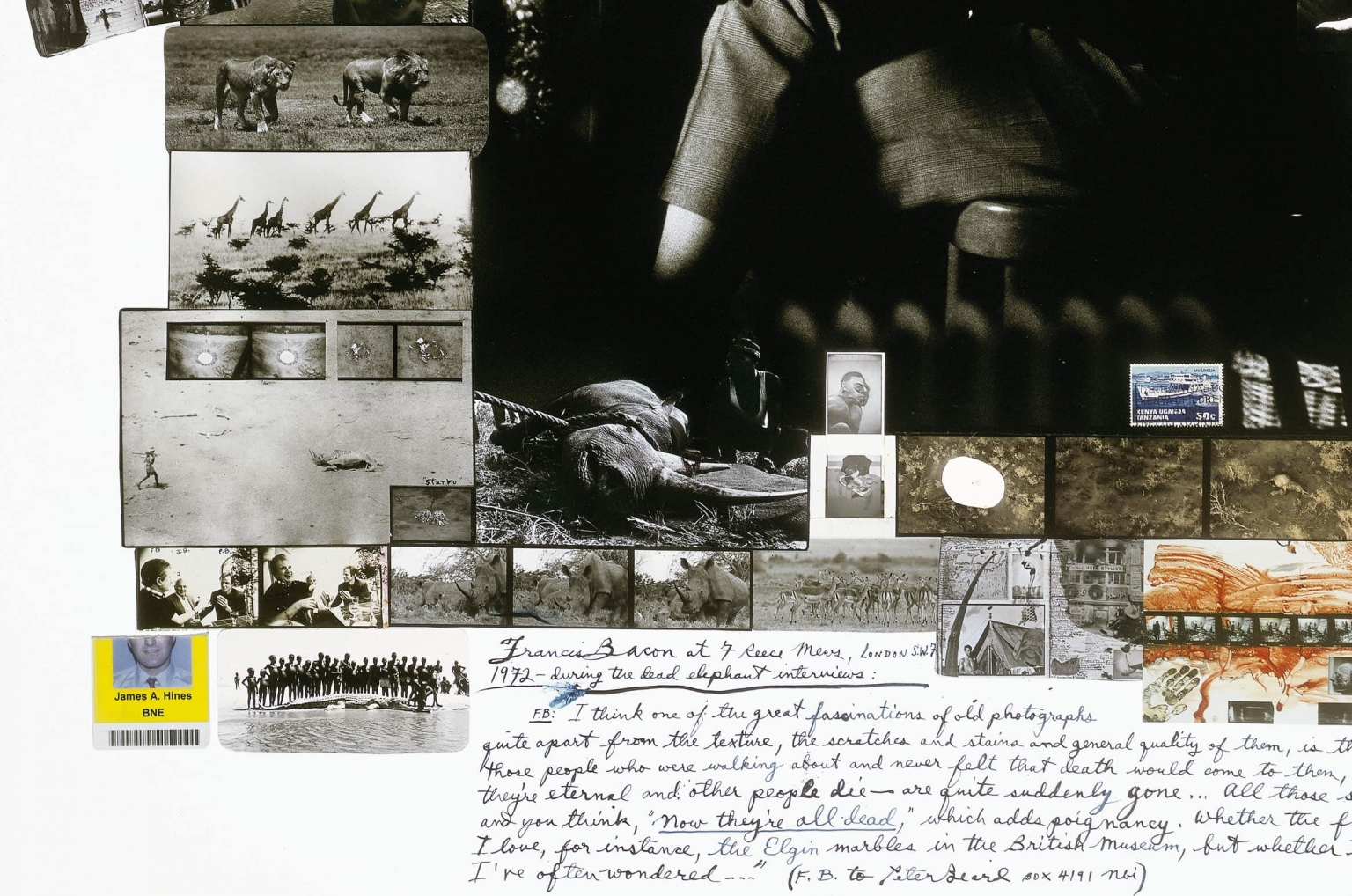 F.B.: I think one of the great fascinations of old photographs quite apart from the texture, the scratches, and stains and general quality of them, is that you think, “Now they’re all dead.” Those people who were walking about and never felt that death would come to them, as the majority of people don’t, they think they’re eternal and other people die – are quite suddenly gone…All those sepia-colored people, walking in the streets of their time, and you think, “Now they’re all dead,” which adds poignancy. Whether the fact that time has worked on it…I don’t know…I love for instance, the Elgin marbles in the British Museum, but whether they’re more beautiful because they’re fragments I’ve often wondered…” (F.B. to Peter Beard Box 4191 Nbi) (inscribed by Peter Beard, lower right) 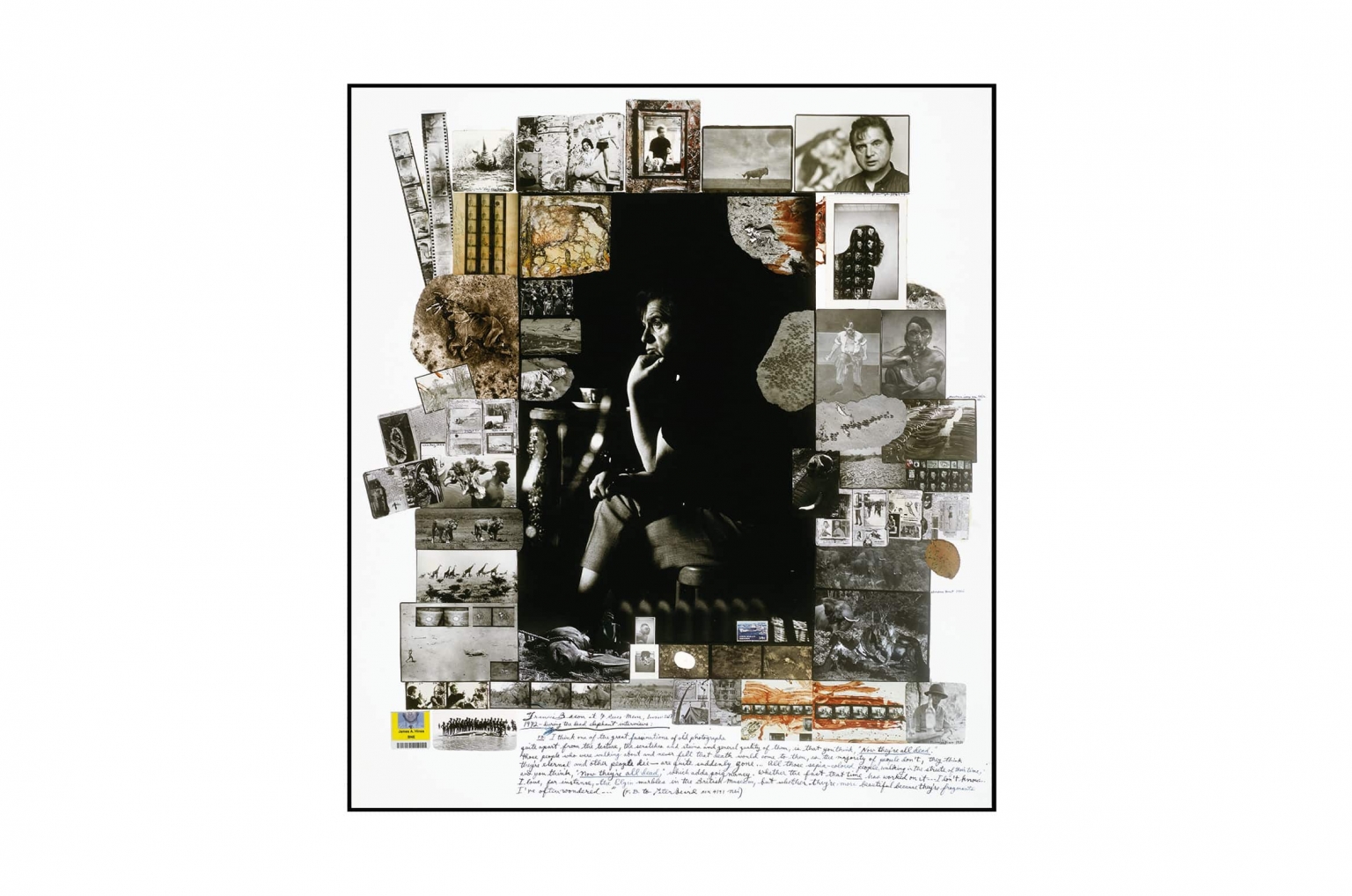