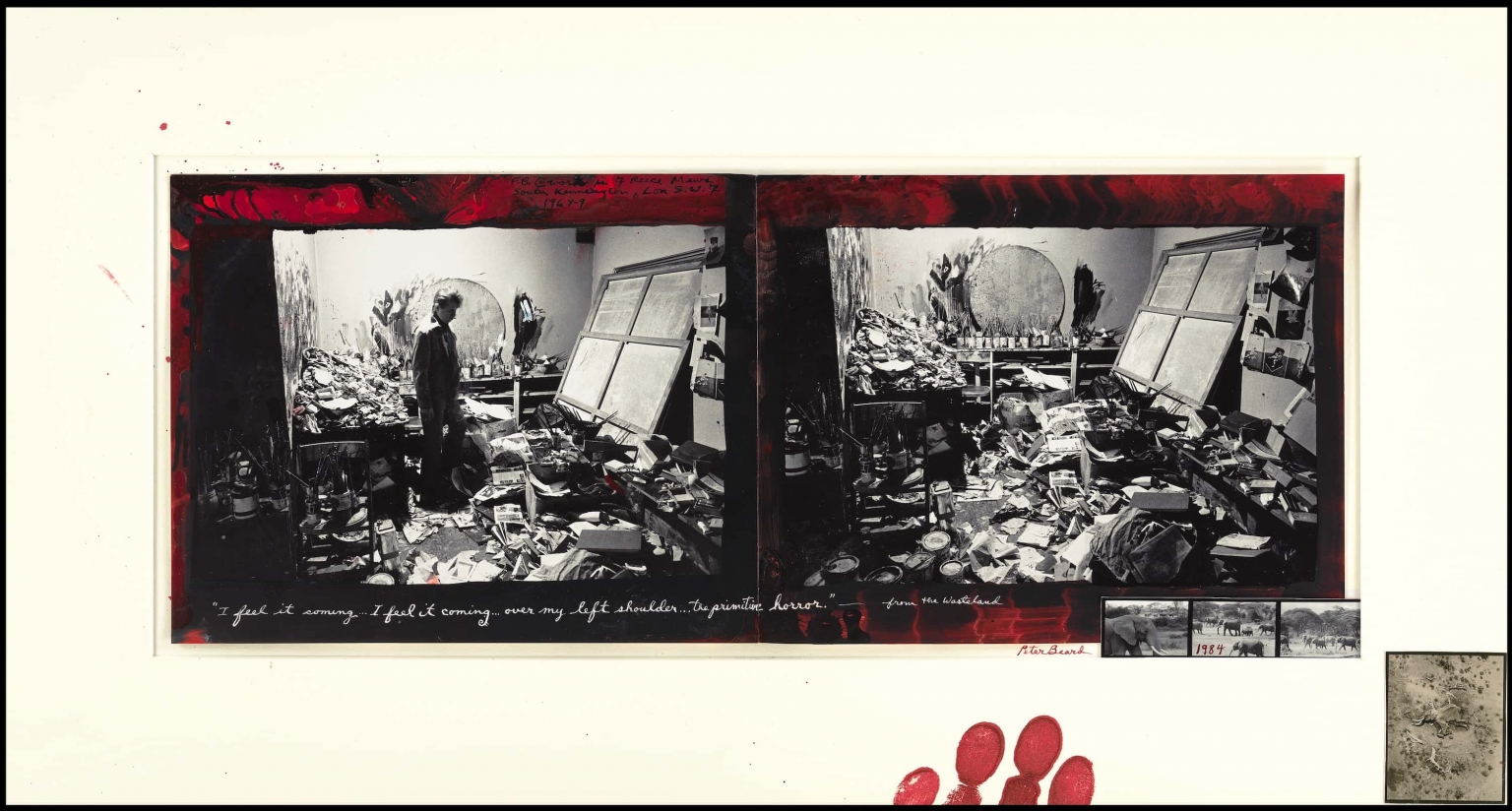 ‘Because the places I live in, or like living in, are like an autobiography, I like the marks that have been made by myself, or other people, to be left. They’re like memory tracks for me. I could do them up each time and cover them up again. For instance, this door, somebody broke it in a rage over something; well, I’ve left it because I like it like that, also the broken mirror and the papers on the floor.’

‘There are two sides to me. I like very perfect things, for instance. I like perfection on a very grand scale. In a way I would like to live in a very grand place. But as in painting you make such a mess, I prefer to live in the mess with the memories and the damage left with one. I think we all have this double side to us. One likes disorder and one likes order. We have to battle for order.’