“…It is very cold here, and so we will be delighted to come where it is warmer, but the great delight is to see India, and to meet you and your family Cordially Sandy.” (Alexander Calder 9 December 1954)

On 12 January 1955 Alexander and Louisa Calder arrived in Bombay and travelled to Ahmedabad, the home of their hosts Kamalini, Gautam and Gira Sarabhai, in India. They remained in India for three months, travelling, sight seeing and, as was always the case with the perennially creative Calder, working. During this stay, Alexander Calder produced nine sculptures as well as some jewellery.

Calder in India presents a unique opportunity to see the works that Calder produced in response to India and perhaps the last opportunity to see them again all together. We are indebted to the generosity of the different owners for making this possible. It is the first time these works have been seen in public since 1955 – indeed, it is the first time that they have ever been seen in the West.

Some of these sculptures’ names reflect the landscape and the environment he was in, such as Franji Pani and Guava. Most of the sculptures were given titles by the artist just before they were unveiled at a private exhibition on 9 March 1955 at the Bhulabhai Memorial Institute in Mumbai, then known as Bombay. The large standing mobile remained untitled as it was not shown there, having been too large to transport, and will be shown at Ordovas in public for the first time. These works were subsequently shown at a further exhibition which opened on 25 March in Bombay at the Jenhangir Art Gallery. Since then, they have not been exhibited publicly, remaining unseen for over half a century. Eight of the nine sculptures created during his stay will be shown in this exhibition. They will be joined by Six Moons over a Mountain, which Calder had sent to his hosts in advance of his visit, and Untitled (1952, known as ‘Blue Dot’ by the Sarabhais who had bought it earlier). Thus, there are ten works in the exhibition.

In 1954 Calder received a letter from Gira Sarabhai inviting him to come to India to stay with them and work while he was there. He was intrigued by the kite flying festival that took place in Ahmedabad on 14 January – “I certainly don’t want to miss that” – and accepted the invitation, announcing that he would just bring his pliers but no other tools (A. Calder, 24 August 1954). A studio was set up for him in the family compound and a workshop was also put at his disposal. He worked intensively for about three weeks before travelling around India as well as Nepal with his wife on a trip organised by his hosts.

Many prominent artistic figures were brought to Ahmedabad, thanks to the friendship and patronage of Kamalini, Gautam and Gira Sarabhai and their connections with the West. Among them were Le Corbusier, Isamu Noguchi, John Cage, Richard Neutra, Charles Eames, Merce Cunningham, Henri Cartier-Bresson and Robert Rauschenberg. Their visits are significant in helping us to understand what lured Calder and a throng of other artists to this Indian town where many fruitful relationships were formed resulting in a rich outpouring of creativity.

We are very honoured to be able to show these works in this first exhibition dedicated to Calder in India. 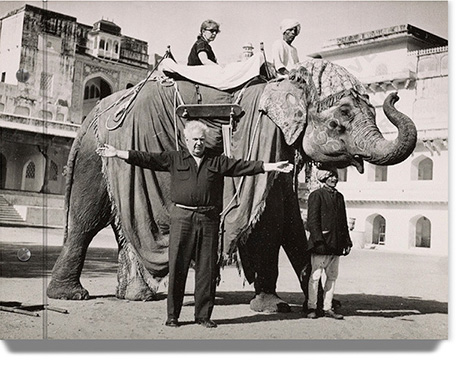 Ordovas hosted a children’s event to tell the story of Calder through the eyes of a child. A gallery tour was followed by a mobile making session where children made their own mobiles and presented them behind a shadow puppet theatre.

Ordovas organised a special screening of Works of Calder – the film that Calder screened during his visit to India. It was commissioned by the Museum of Modern Art, New York in 1950 and made by the Swiss-American photographer and designer Herbert Matter. The film was first screened at MoMA in 1951 and is a stylised portrait of the artist at work and features music by the avant-garde composer John Cage and a narration. 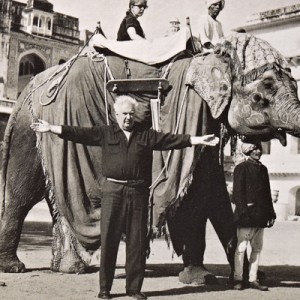